Did any native US-Canadian tribes have written language before the advent of the Europeans?

I know some peoples in more southern parts of the Americas had forms of written language, however, I was unsure as to whether this is something that had also developed among groups living in modern America-Canada prior to Columbus.

There is/was the Micmac writing system:

Schmidt and Marshall argued in 1995 that the missionary system of the 17th century was able to serve as a fully functional writing system. This would mean that Miꞌkmaq is the oldest writing system for a native language north of Mexico.

Pierre Maillard, Roman Catholic priest, during the winter of 1737–38 created a system of hieroglyphics to transcribe Miꞌkmaq words.

However, as Barry Fell points out, the Micmac hieroglyphics are very similar, in both form and meaning, to the Egyptian ones (America BC, pp. 255, 256). 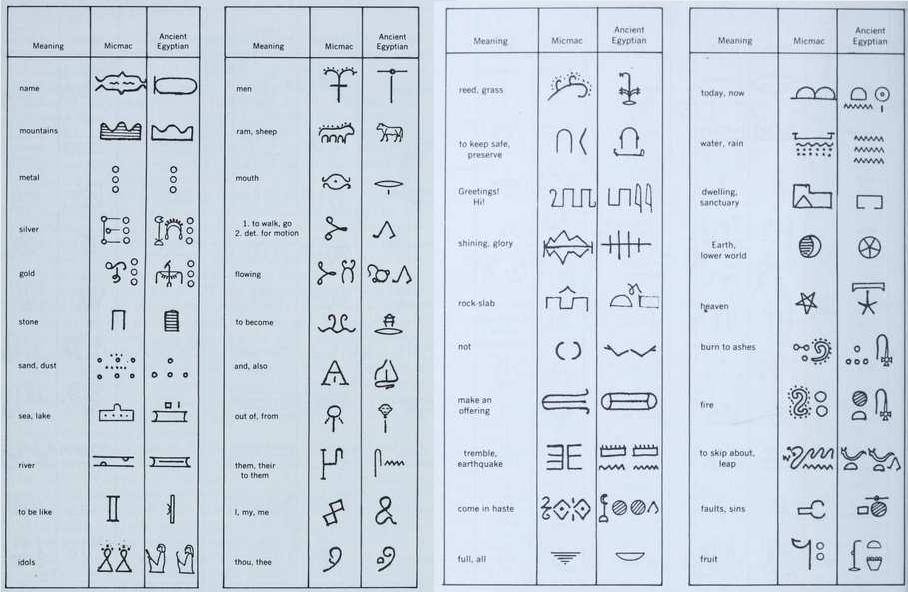 Maillard died in 1762, 61 years before Champollion published his first decipherment of the Egyptian hieroglyphics.

Not the answer you're looking for? Browse other questions tagged native-americans or ask your own question.