What alternate north-south supply routes did the Soviet Union have when the Volga and Stalingrad were under attack?

During World War II, an important route for getting supplies to Russia was the Persian Corridor. After landing on the south coast of Iran, Lend Lease supplies could be transported north across the country, to the Caspian Sea. From there, they could be shipped along or across the Caspian Sea to Astrakhan, and from there, up the Volga River, past Stalingrad, to northern Russia. Ditto for Russian supplies, oil and minerals, from the Caucasus. Ammunition and other industrial goods could be sent in a reverse direction from north to south.

During Fall Blau in the second half of 1942, the Germans captured about 90% of Stalingrad, and were able to use air and artillery interdiction to interrupt the flow of supplies north and south along the Volga. My understanding was that the Russians fell back on a number of railroads east of the Caspian Sea, and parallel to the Volga.

How far "east" were these alternate routes, and how "defendable" were they against German air and artillery attack? Did the Russians in 1942 have, or create, further "back up" north-south routes (roads, railroads, canals) even further east that were reasonably secure?

There were several rail lines east of Volga

First, let's look at the map of soviet rail lines in 1941 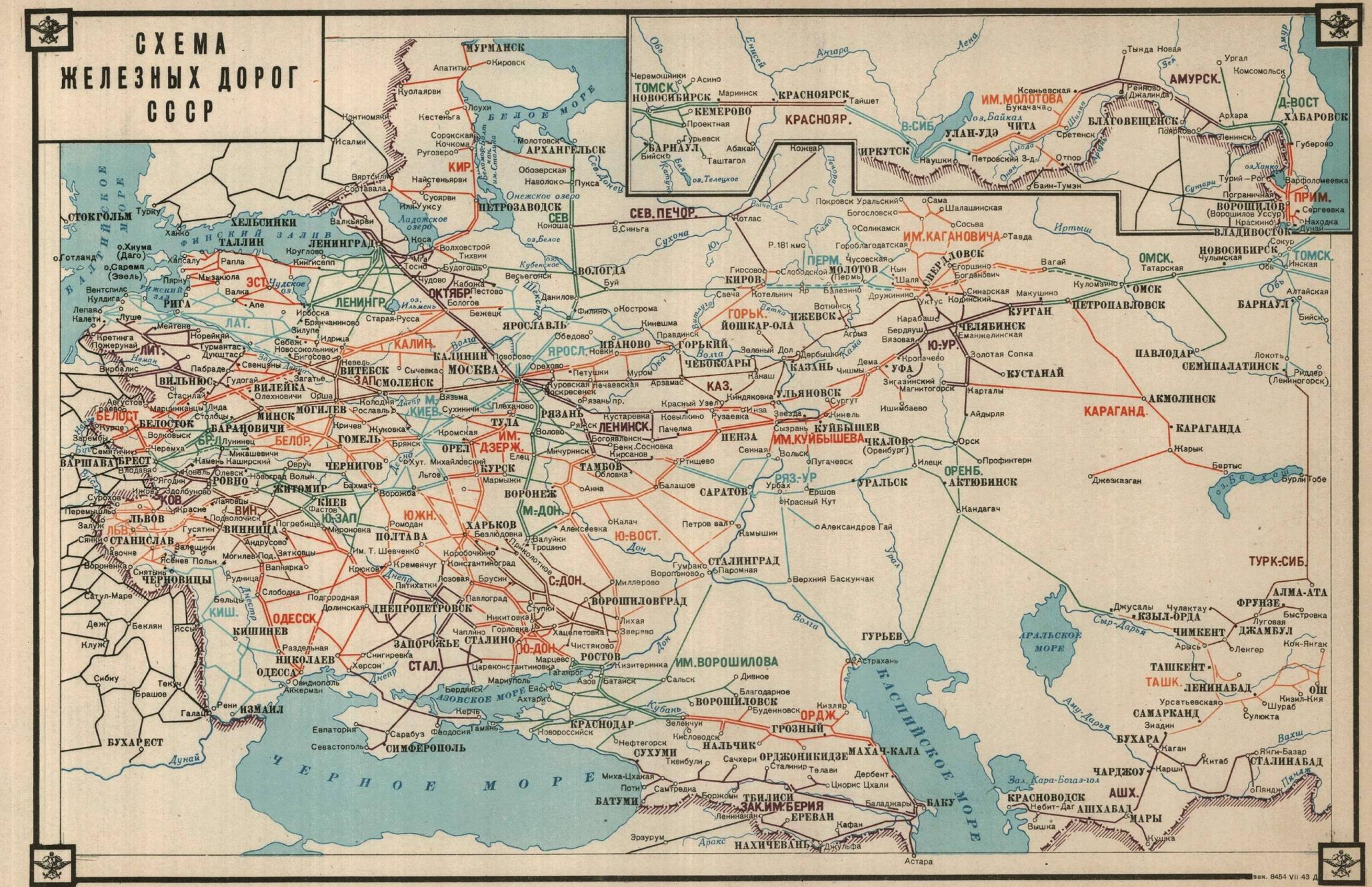 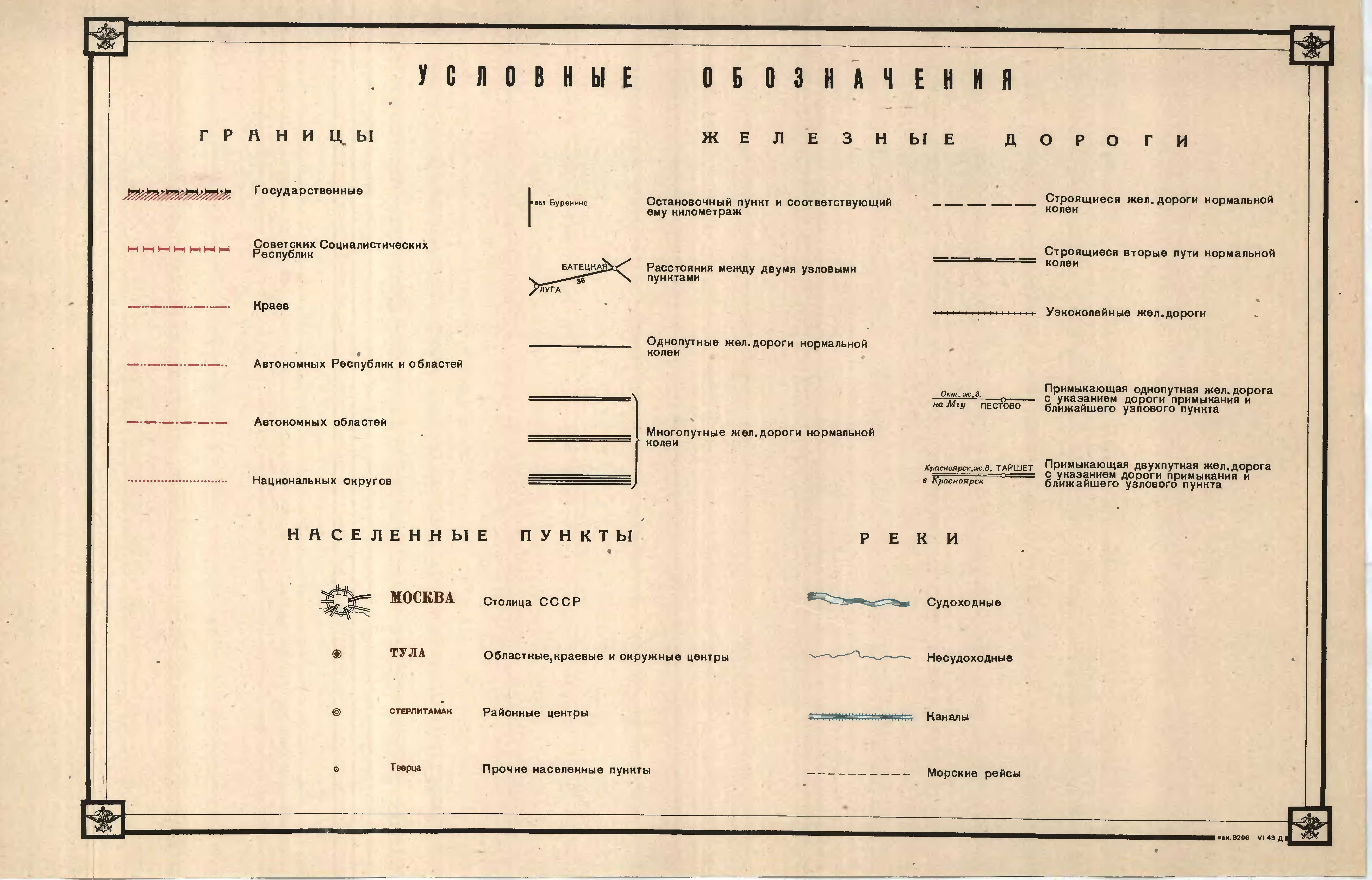 As we can see, there are two rail lines, both of them single track and normal gauge. One goes from Astrakhan and split towards Stalingrad and towards Saratov. This one is likely used to supply Stalingrad front. Other is more to the east and goes from Guryev (now Atyrau) towards Orenburg. Further to the south, there is a line that connects Baku and Astrakhan over Grozny.

Now, as we know, Germans did came to Volga at Stalingrad which is western most bend of the river in southern Russia. Volga is well known as the river that changes direction many times, and Stalingrad is actually nearest point for any western invader to get to the river in this part of Russia. Germans never did manage to completely stop river traffic - Volga is simply too wide and Volga river flotilla too powerful for that. Luftwaffe was dangerous during the day, but during the night ships were passing under the nose of German guns and mines, although there were losses.

As for rail lines, theoretically German bombers could reach them, but at the edge of fighter escort (for example Verkhniy Baskunchak is some 150 km from Stalingrad) or without that. I'm not aware of any major interdiction attempts, although Germans certainly did attack rail line coming to Stalingrad from Astrakhan. Reasons for that are simple, railways are notoriously difficult to hit and damage is usually repaired very quickly (Germans themselves did that when Allies attacked their railways latter in the war). Usual precaution would be to move trough last kilometers close to front only at night. Of course, line leading to Orenburg was practically out of touch for Germans.

As a conclusion, complete choke-hold on Soviet Union ability to transport goods from Caucasus region or Persian Corridor was almost impossible. This is one of the reason why Germans didn't plan to cross Volga and instead wanted to use it as a natural defensive barrier. Of course, having Volga under fire control at certain points would complicate the matter for the Soviets, but without capturing oil fields at Maykop, Grozny and above all Baku, neither would Germans resolve their supply problems, nor would Soviets get starved without oil.

11
Did the Germans use a “Verdun”-like strategy at Stalingrad?
22
Could the Soviet Union have continued fighting World War II without Caucasus oil?
9
How close did Germany come to interdicting Soviet oil shipments from the Caucasus in 1942?
3
Did the Soviets have an alternate source of oil in Iran during World War II?
6
Did the Germans attempt the easier or harder of two possible objectives in the Caucasus?
5
Can the German success on the Eastern front be largely explained by superior air power?
10
Why did Fall Blau start at Voronezh instead of further south?
4
Could the Germans have “sealed off” the Sea of Azov in World War II?
6
Was the Volga really Russia's last line of defense before the Urals?
2
How secure was Germany's last foothold in the Caucasus in 1943?