Did the emperor Ashoka really build hospitals or is that a myth?

I've seen a lot of sources claiming that Emperor Ashoka (c. 268 to 232 BCE) of the Mauryan dynasty, the dynasty that ruled most of the Indian subcontinent in the 3rd century BC, was responsible for building some of the oldest hospitals on the Indian subcontinent. For example, see this Aeon article. However, these sources never cite their sources. When I read more scholarly works on the history of hospitals, such as Tiffany Ziegler's Medieval Healthcare and the Rise of Charitable Institutions: The History of the Municipal Hospital, I see no mentions of Ashoka in the history of hospital building. This leads me to the following question: did Ashoka really build any hospitals? If so, what is the evidence that he did, and what exactly was the nature of these hospitals? What does the primary data tell us would let us call what Ashoka built a "hospital" in an institutional sense?

The available evidence for hospitals set up on the orders of Ashoka is inconclusive, but several scholars have suggested that it is at least likely that there was some type of hospital, perhaps within a Buddhist monastery. Details, though, are patchy at best and more definite evidence of the scope of care of monasteries comes from much later periods.

The main evidence for the provision of medical treatment comes from what are now known as the Rock Edicts, specifically Major Rock Edict (RE) 2. However, translations differ slightly. Wikipedia uses E. Hultzsch's 1925 translation:

Everywhere in the dominions of king Devanampriya Priyadarsin [generally interpreted to mean Ashoka] and (of those) who (are his) borderers, such as the Cholas, the Pandyas, the Satiyaputa, the Kelalaputa, Tamraparni, the Yona (Greek) king named Antiyoga (Antiochus), and the other kings who are the neighbours of this Antiyoga, everywhere two (kinds of) medical men were established by king Devanampriya Priyadarsin, (viz.) medical treatment for men and medical treatment for cattle.

However, the source from which Wikipedia took the above translation does not use the words in bold above; what it actually says is two (kinds of) medical treatment.

There are more recent (and seemingly more widely used) translations which are worded a little differently. The one below is by Ven. S. Dhammika (who also consulted the translations of C. D. Sircar and D. R. Bhandarkar): 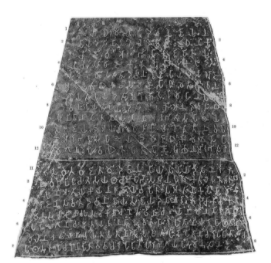 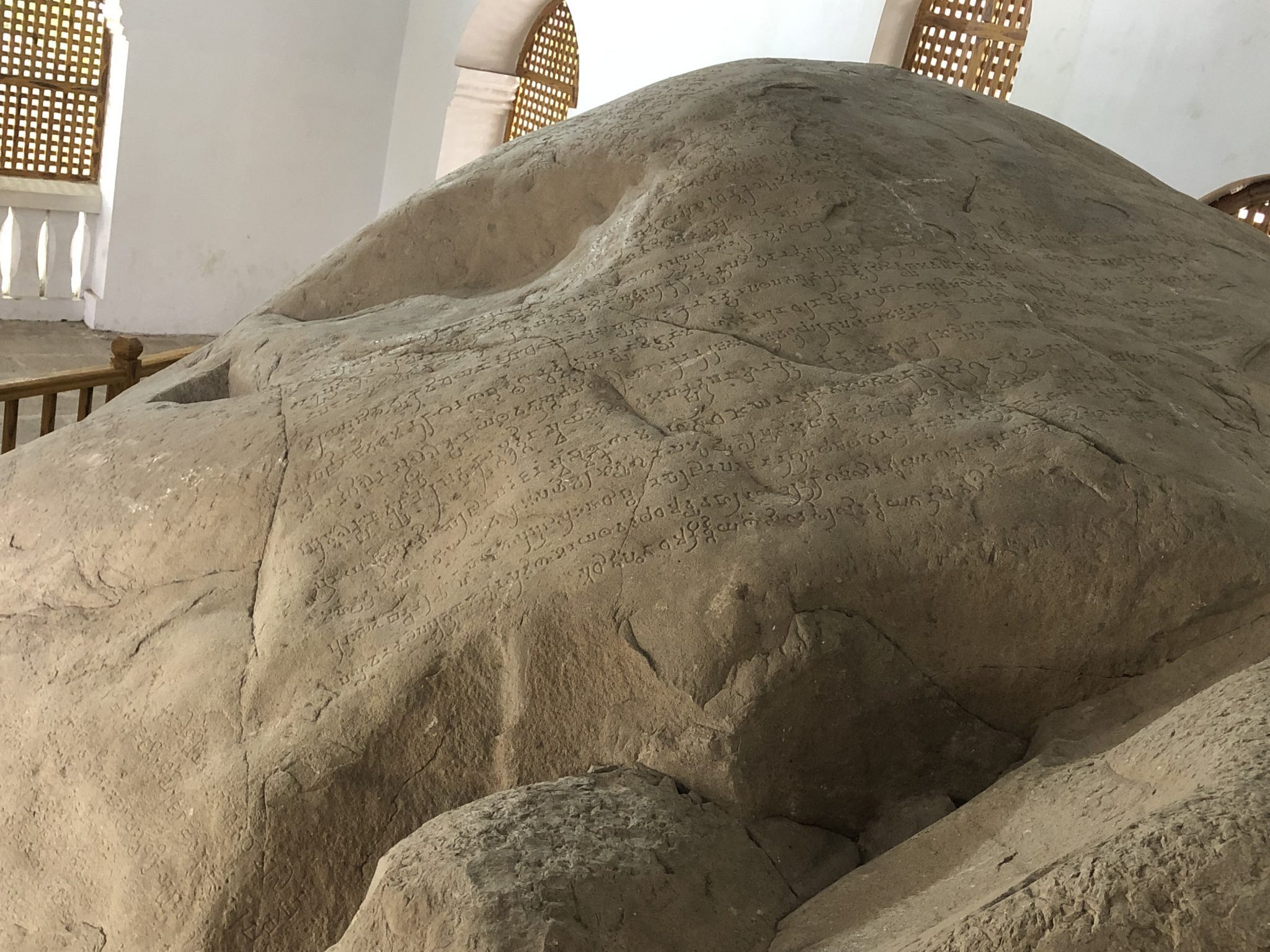 The edicts can be found on rocks in several regions of India and beyond. This rock is at Girnar and has 14 major edicts on it. Image source: Rana Safvi. (click to enlarge)

An earlier (but updated) translation by V. A. Smith has 'healing arrangements'. Note also that these edicts apparently post-date Ashoka's conversion to Buddhism, and that the welfare of animals is not neglected.

As you have noted in your research, this has been widely interpreted to mean 'hospitals'; uses of this word can found in several academic texts: Richard Salomon's Indian Epigraphy (OUP, 1998), Charles Allen's Ashoka: The Search for India's Lost Emperor (Hachette, 2012) (favourably reviewed here) and Nayanjot Lahiri's Ashoka in Ancient India (Harvard, 2015), the last source commenting:

The king’s circle of influence in other kingdoms came to be based, or was showcased as being based, on welfare measures, specifically medical care and the nurture of living beings in distant realms, both human and animal. Two kinds of medical facility were established: hospitals, and facilities in which roots, fruit, and medicinal plants hitherto unavailable were imported and planted. Roads were laid and wells dug for ‘enjoyment’ by animals and humans. The compassionate and moral life now also becomes Mauryan foreign policy.

However, according to a footnote Hultzsch's book, Indian archaeologist and epigraphist D. R. Bhandarkar specifically rejects the use of 'hospitals'. Also, Kenneth Zysk in Ascetism And Healing In Ancient India Medicine In The Buddhist Monastery (1991) is more cautious, but suggests that some kind of hospital care may have been provided by monasteries:

Medicine and healing were integral parts of Buddhist monasticism from its inception. Initially, medical activities focused on the care and treatment of monks by fellow cenobites or by pious lay devotees, but from around the mid-third century B.C.E., there is evidence that the monk-healer and the monastery extended medical care to the population at large.

The second rock edict of King Asoka...in no way proves that hospitals existed in India in the third century B.C.E., but suggests that the monk-healers' role of extending medical aid to the laity coincided with the spread of Buddhism during Asoka's reign. The expansion of Buddhism and its monasteries from northeastern India generally followed the existing trade routes, and support for the new institutions ultimately came from the laity.

Not the answer you're looking for? Browse other questions tagged india ancient-india health or ask your own question.

5
What evidence supports the claim that Shivaji's father was Muslim?
6
Is there historical evidence that Emperor Ashoka converted to Buddhism?
3
How did ancient Dravidians tell the time?
1
Did Emperor Pushyamitra Shunga persecute Buddhists?
4
Why was Tegh Bahadur executed by the Mughal Emperor Aurangzeb?
8
Did St Thomas really come to India?
1
What calendar did the Maruyan Empire use?