Was the strait of Malacca a potential "chokepoint" during the age of discovery?

The Strait of Malacca runs between the east coast of the Indonesian island of Sumatra and the Malaccan peninsula on the west coast Malaysia and is fairly narrow. It is the most direct route from India to China or the east coast of what later became Indochina.

If a hostile power took control of the Malaccan Peninsula and closed off the strait, (forcing ships to sail around the west coast of Sumatra and the southern part of the Indonesian archipelago), what deterrence to east-west trade would that have represented during the age of discovery (15-17th centuries)? Would it "merely" have been the inconvenience of a longer route? Or did sailors find such a voyage infeasible (or nearly so), given the sailing technologies and the difficulties of the route at that time? e.g Were the seas of the alternate route "too rough" for carvels or other ships of the time?

(For comparison, e.g. the Cape of Good Hope could be a major chokepoint around Africa, because the seas are not navigable for more than 30-50 miles south of it.)

Not the Strait of Malacca per se; but the adjoining Singapore Strait, which any vessel must also traverse whether on an East-West or North-South passage: absolutely. Here's a comparison to Gibraltar at roughly the same scale: 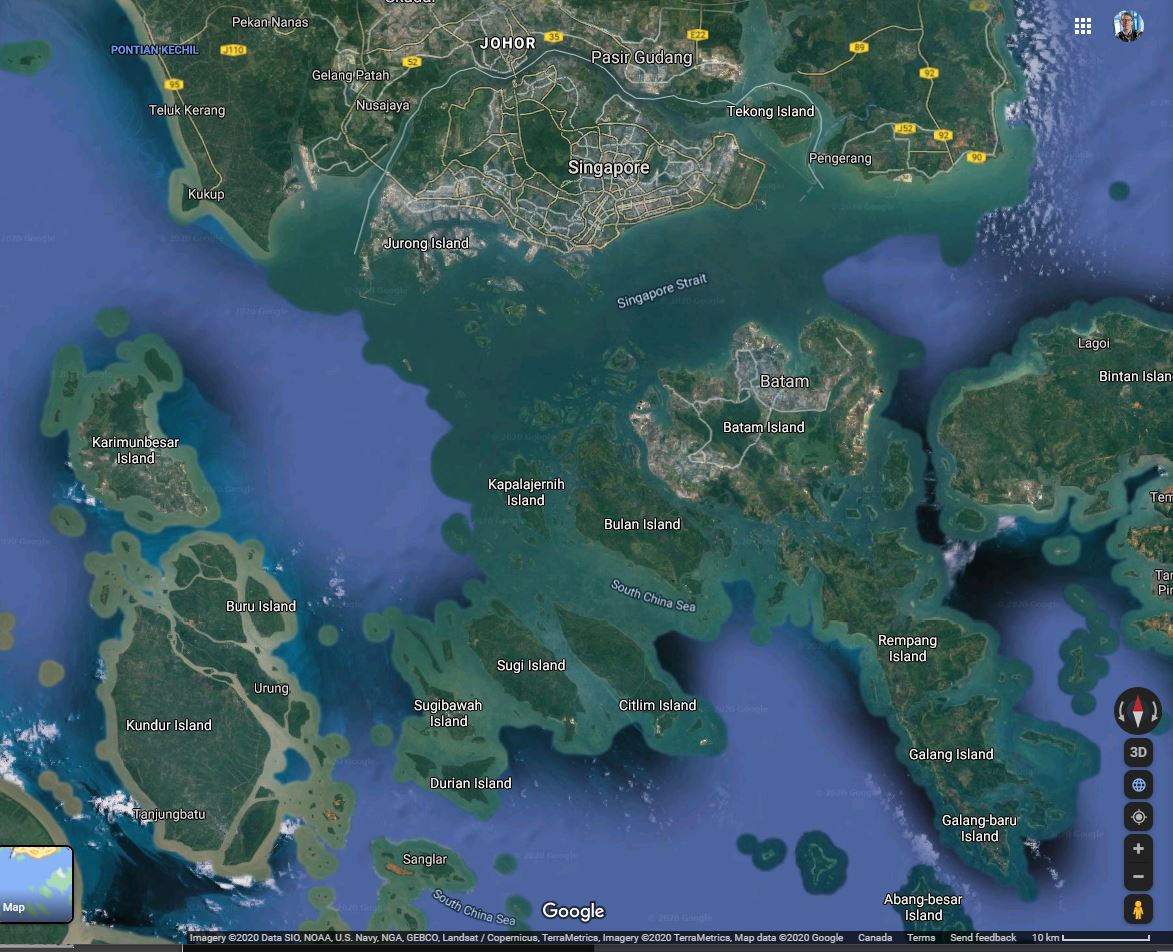 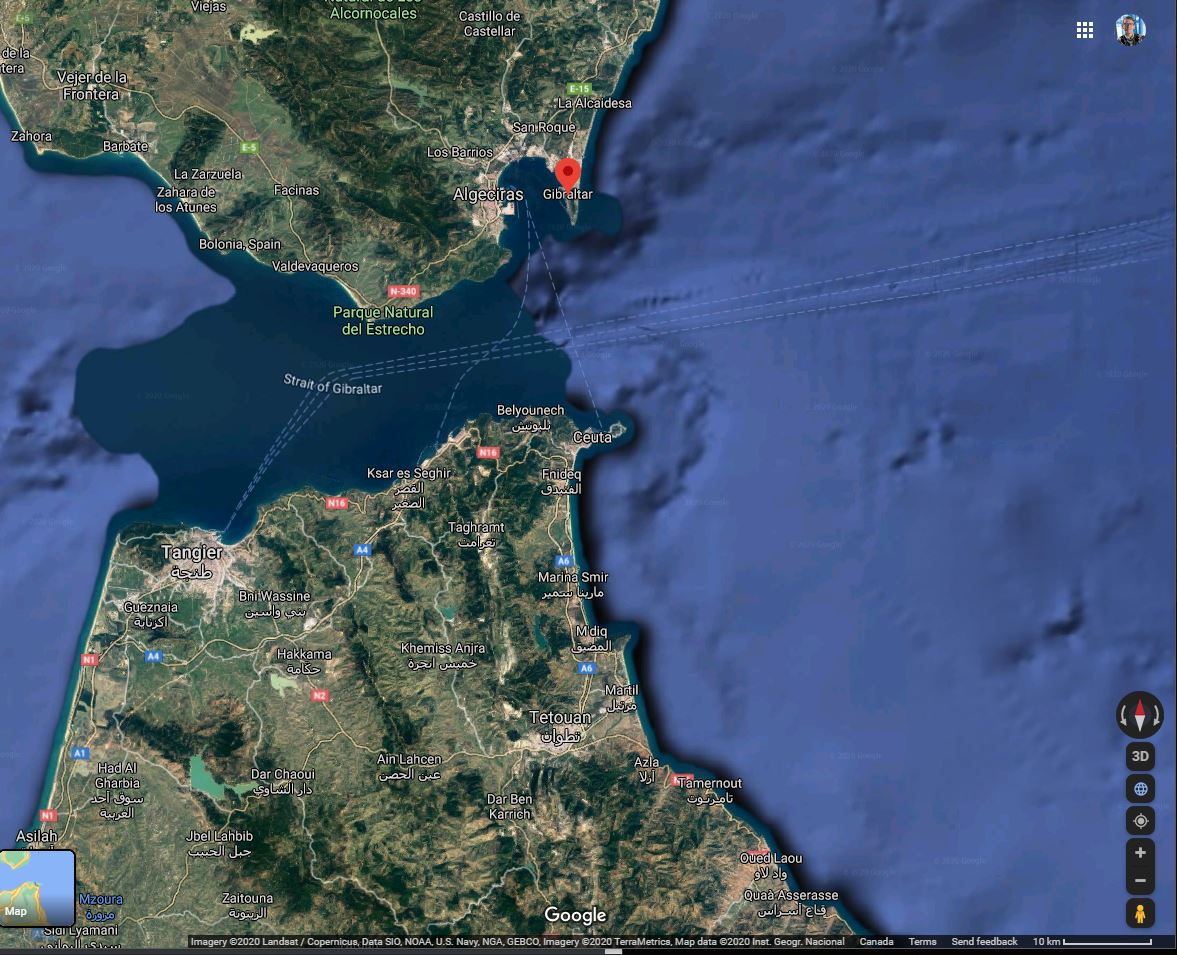 As can readily be seen, both straits are roughly the same width, a bit more than 10 km at their narrowest point, but the Singapore Strait has additional hazards in the form of much shallower water and numerous shoals. Navigating this while opposed by enemy vessels, without local pilots, would be hazardous in the extreme and likely require both favourable winds and tides.

Attempting to avoid the Strait by instead navigating through or around the archipelago due south of Singapore is not likely to have more success. The headlands would readily allow for lookouts and signals that would transmit news of any such attempt to the main base quickly - probably far more quickly than vessels of the time could navigate unfamiliar water. Those channels are also considerably narrower than the main strait, though two have deeper water.

71
Why was Africa colonized last of the continents in the Age of Discovery?
21
What was the value of the spice trade during the age of exploration?
6
What is "discovery" in the historical sense? How do historians today view and describe "discoveries"?
24
How significant was the Fall of Constantinople as an event leading to the Age of Exploration?
31
How did the ruling class in the Muslim world react to the discovery and colonization of the Americas?
5
Was John Cabot the first European to reach Newfoundland since (arguably) the Vikings?