Are there any tanks with the gun and autoloader outside the main turret?

Basically as title. I've been thinking about this hybrid turret design for quite some time now. Essentially, I had this idea for a potential design for a tank turret that could be accomplished with an autoloader, where the turret is manned and conventional, but the main gun mechanism's roof rises like in an oscillating turret to allow a large negative angle.

One big trade-off of tank design is height vs negative elevation; the lower the gun is able to swing, the higher the roof has to be above its mounting point, but also the better the tank can peek over ridges from a hull-down position. The oscillating turret concept avoids this, allowing the gun to be fixed just under the roof of the turret, but has its own problems involving the split in armor needed for the roof to tilt. If the breech of the gun were outside the crew compartment, though, it could rise above the roof of the turret without requiring a compromise in crew protection. The gun itself might be somewhat less protected, but the mantlet has always been a weak point of tank turrets anyway.

My question is, has anyone ever actually experimented with such a system? I would like to know if it's practical and if it's been done.

The idea of being able to peek over a hill and fire has been most successfully done using guided missiles. Since the weapon is guided, depression is not an issue. All that is required is a lock on the target. A typical example is the M901 ITV "Hammerhead" which features a large TOW missile turret on the roof along with its sights. Only the turret need be visible. It can be raised and lowered. 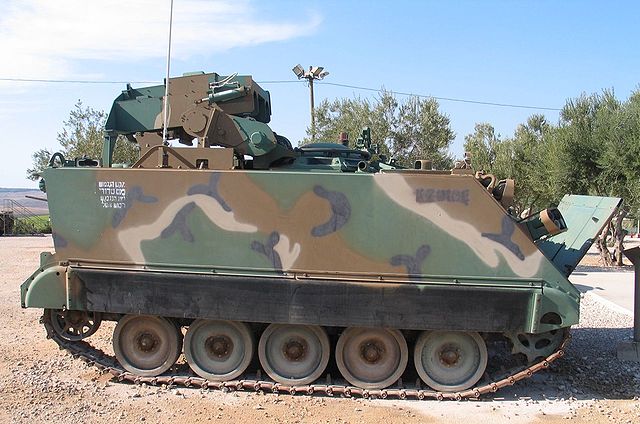 Taking it a step further, since the missile is guided only the sights need to be visible. The vehicle can remain hidden behind a slope with only the sights poking up. The missile is fired, arcs up over the slope, and then down to the target. The AH-64D Apache Longbow used this system. 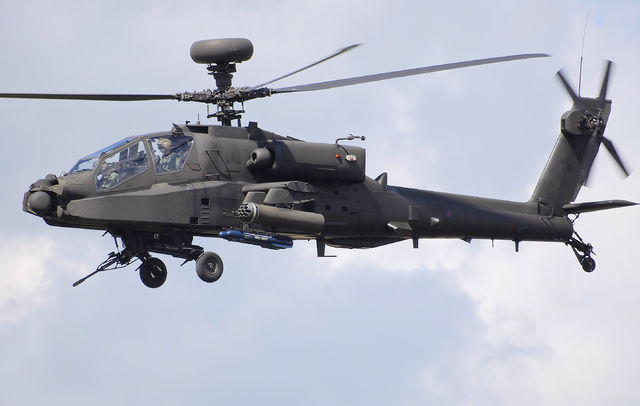 Finally, if a missile can fire over a slope, why endanger the vehicle at all? Various missile systems have allowed the sights to be separated from the launcher. The British Swingfire was perhaps the weirdest. It was a wire-guided anti-tank missile. The crew could dismount and take the control unit 100 meters away. When the missile was fired it make up to a 90 degree turn to fly from the vehicle into the gunner's line of sight. The gunner then had to guide it to the target. 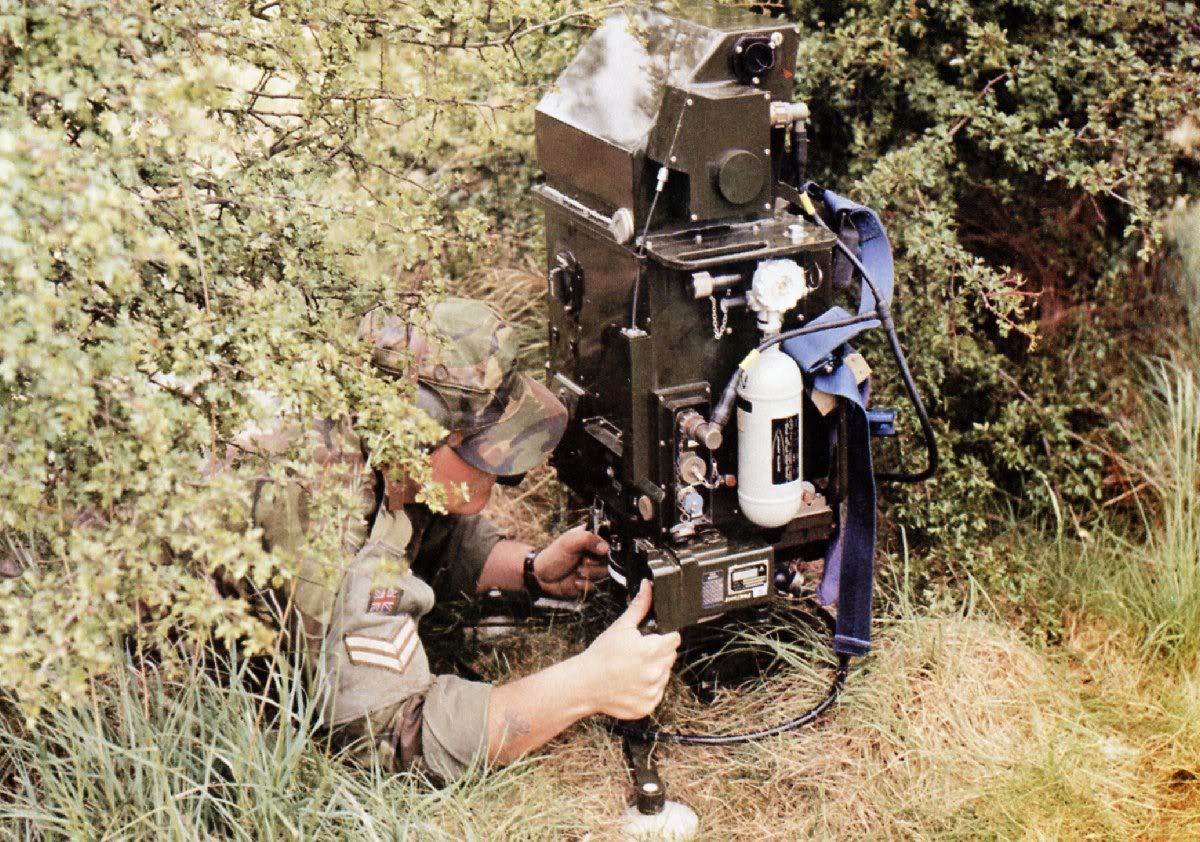 But you asked for a gun on a tank.

The idea of an externally mounted gun has been around since the 70s. The British tried the COMRES 75.

The Swedes tried with the UDES-19 and UDES-20, a light tank. Here's Curator Stefan Karlsson showing off their UDES-20 at the Arsenalen tank museum. 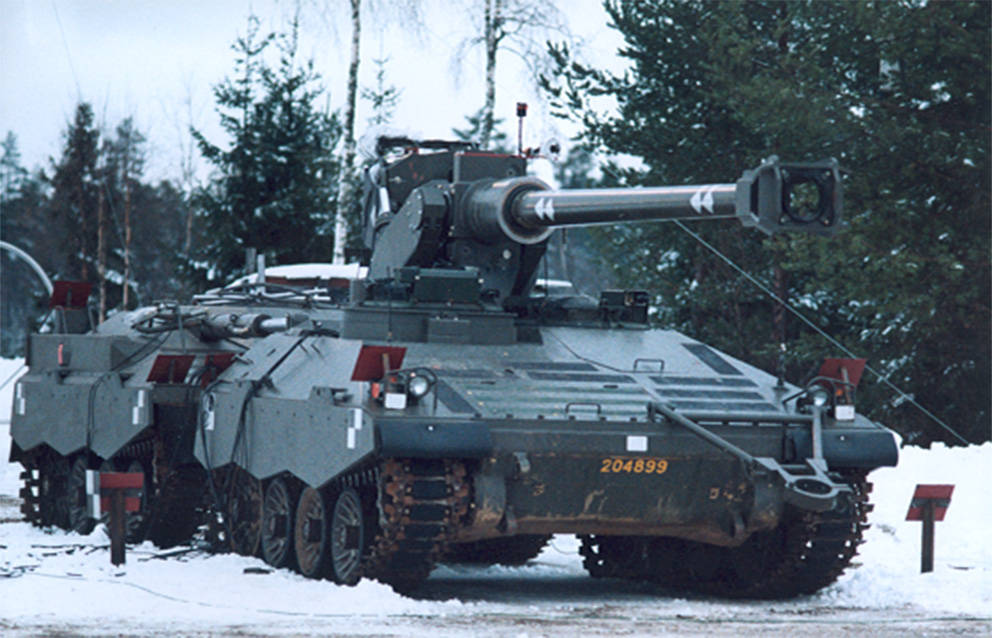 The closest to your question would be the AAI RDF Block 2 "Elke" light tank. This fielded the terrifying XM274 Hypervelocity 75mm Autocannon in an unmanned, exposed turret capable of being raised. The XM274 featured a unique rotating chamber which allowed the gun to be loaded vertically from the bottom and rotated in line with the breech. This allowed only the gun to be exposed, and it could be loaded at any elevation. 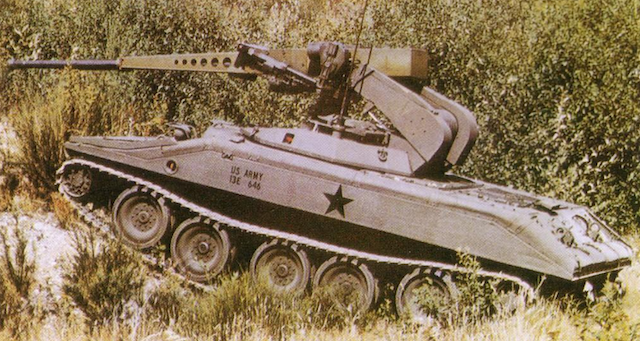 The general idea of remote overhead weapons systems has gained popularity, especially as remote optics have become better, for machine guns, grenade launches, and small autocannons. But it has not caught on for a tank cannon. In part because ATGMs work just fine, and in part because light tanks have fallen out of favor. An external, unarmored gun is fine if you're always behind a slope, but a tank should be able to fight in more situations.

Nicholas Moran aka "The Chieftain" talks about the Elke and the XM274 listing its problems. To get the high rate of fire of 120 rounds per minute the gun is fired out of battery meaning the gun is constantly in motion while firing, there isn't even a fraction of a second to stabilize the gun. Later prototype vehicles dispensed with that idea and lowered the rate of fire to about 60 rpm. Heat dissipation was also a problem. The recoil of a 75mm hypervelocity cannon on the support arms would likely have become a problem in production. They also tried a 90mm gun. However, The Chieftain sums it up like so: "what the hell is the point of a 75mm gun which fires 2 rounds per second... especially on a smaller vehicle with limited ammunition supply".

Don't forget about the M-50 "Ontos". Six 106 mm recoiless rifles and a .50 cal spotting gun outside the hull, crew jumps out, load same, then jumps back in to shoot. Recoiless rifles, you don't want to be standing behind one when it is fired. 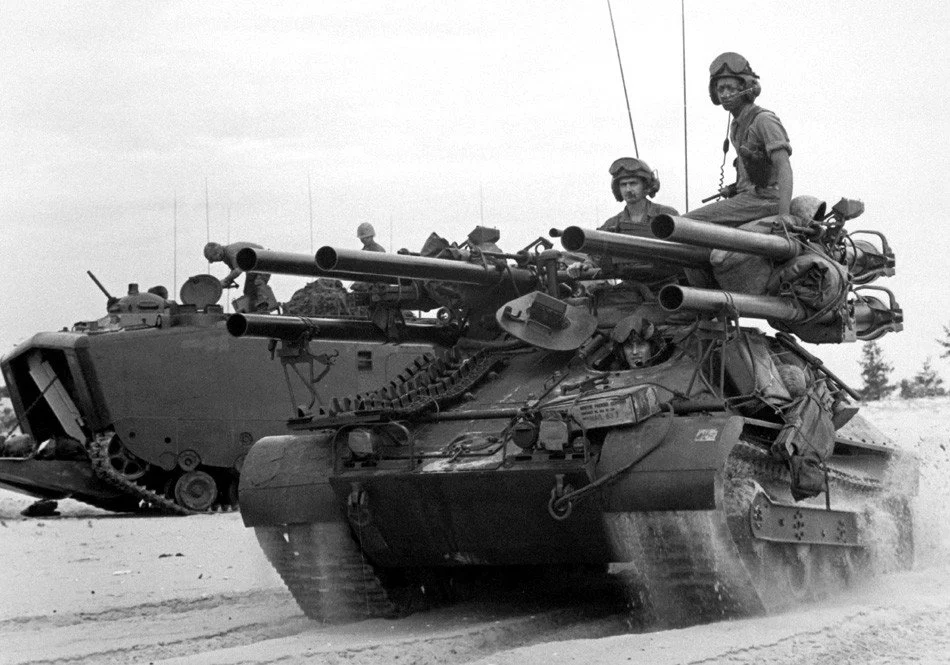 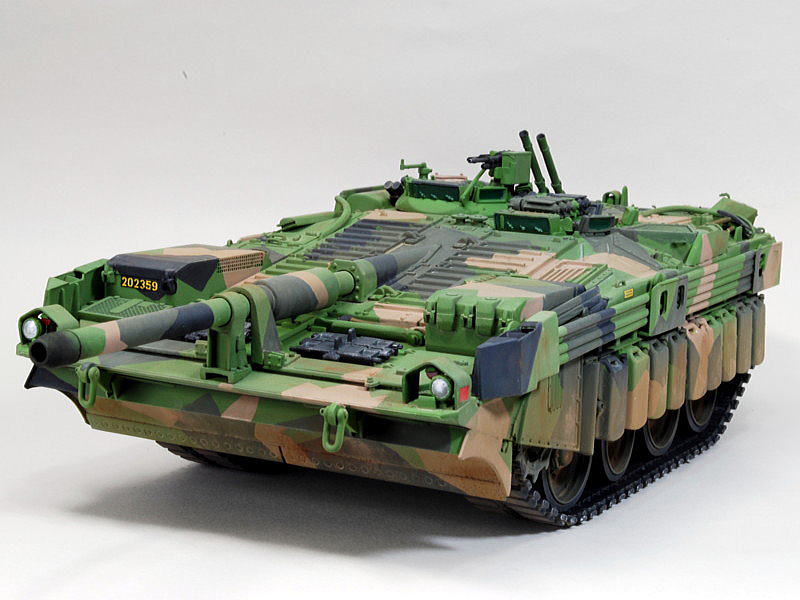 Not the answer you're looking for? Browse other questions tagged military war warfare tanks or ask your own question.

19
Are there any records that indicate a submarine vs submarine battle?
10
Are there any remaining existant texts that describe the styles and techniques of Medieval European swordsmanship?
29
Are tanks the only reason for the abandonment of trench warfare?
11
Are there any examples of single combat between kings/generals ending a war?
12
Are there any cases of rewarding an enemy commander for sparing a city from looting?
2
Are there any surviving military textbooks from the Napoleonic era?
0
Has any war in recorded history ever resulted in the complete annihilation (civil and military) of an enemy - all of them killed with no survivors?