How do we know this bust is Aristotle?

The Wikipedia page of Aristotle has the following image of him: 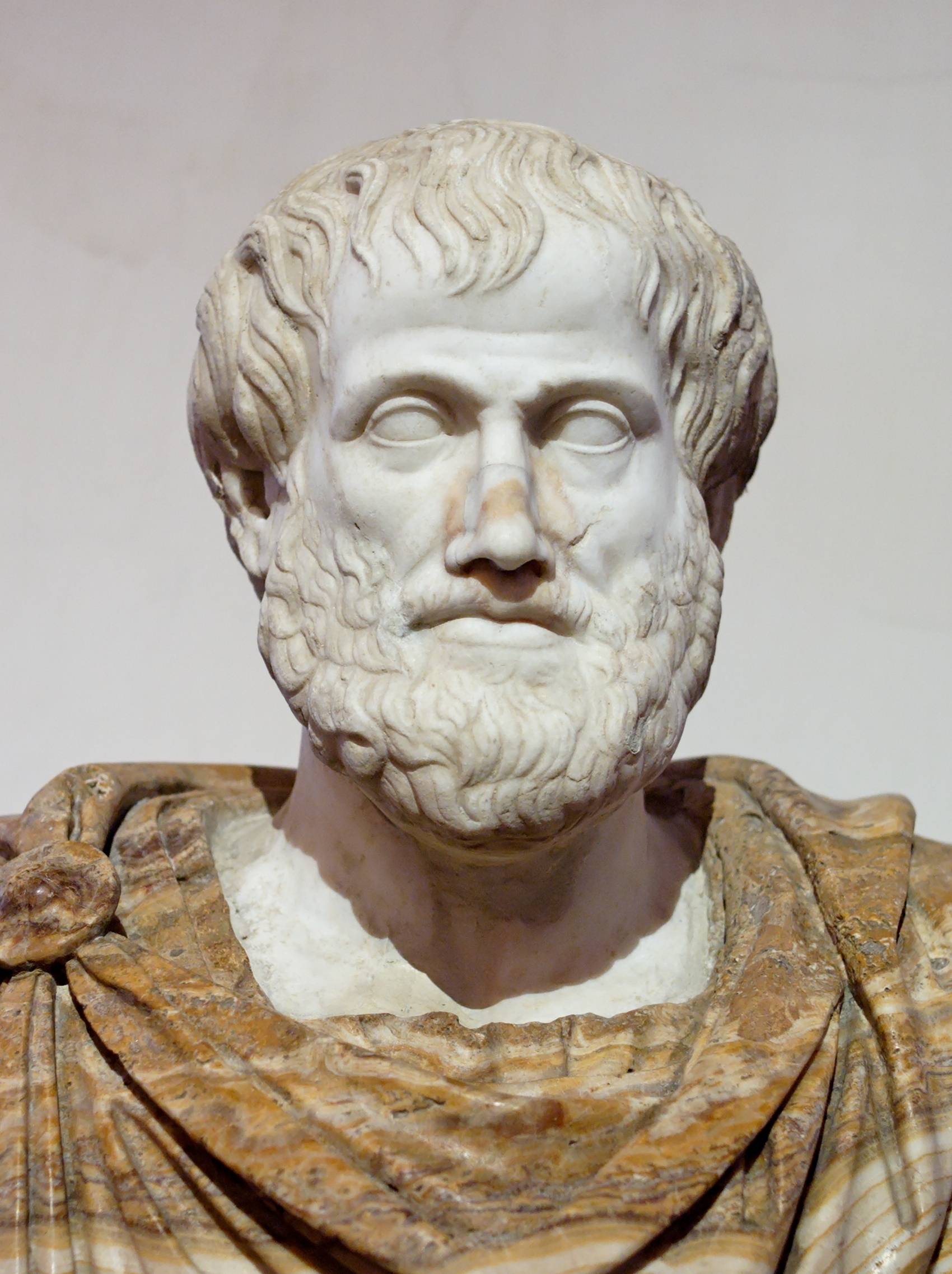 How do we know that the bust represents Aristotle? For example, some ancient writers describe him as having small eyes, which is contrary to how he is represented by the bust?

The identification was originally made by Franz Studniczka in his 1908 Das Bildnis des Aristoteles. The basis of his argument is a miniature bust, discovered by the Italian antiquary, Fulvio Orsini, back in the late 16th century. That bust had an inscribed base, which identified it as a portrait of Aristotle. Unfortunately, it has since been lost. Fortunately, drawings of it survived. 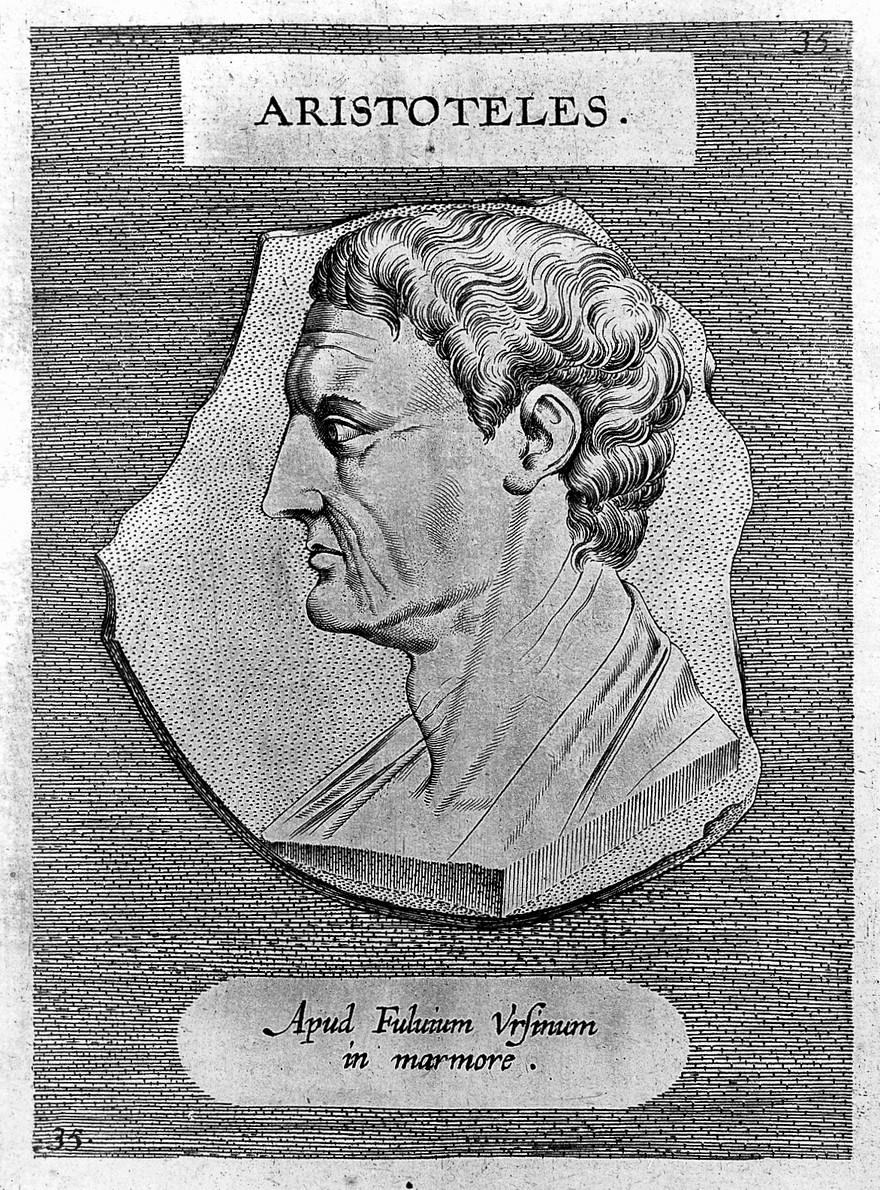 Separately, there is a collection of busts that are so similar, they're generally considered copies of the same portrait. Of this group, one copy held by the Vienna Kunsthistorisches Museum, is considered closest to the original. For refernece, the Ludovisi copy shown in the question is from the Museo Nazionale Romano. 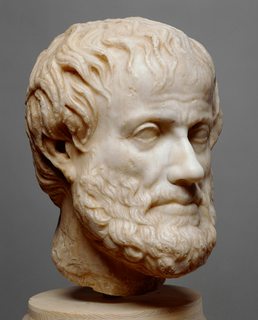 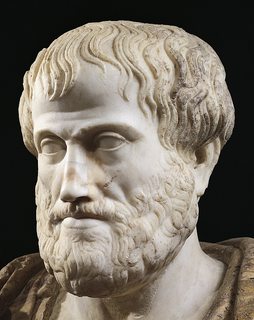 Studniczka, based on some apparent similarities between these extant busts and the Orsini images, concluded that they're portaits of the same person, i.e. Aristotle.

As you can see, the reasoning is somewhat tortured, and some scholars have actively disputed the identification. Jan Hendrik Jongkees, for instance, (in "On the Portraits of Aristotle and Menander", Mnemosyne, vol. 18, no. 2, 1965) reasoned that Orisini omitted the bearded Aristotle in his works because he distrusted either the bust or its inscription, rendering the foundation of Studniczka's identification suspect.

Nonetheless, these busts do match ancient descriptionsof Aristotle, including a balding head, a short beard, and relatively small eyes. Moreover, the large number of copies of this portrait indicates that it must have been someone very prominent - like Aristotle.

Roman copy in marble of a Greek bronze bust of Aristotle by Lysippos, c. 330 BC,

I can't address your sources for small eyes, since you have not provided them, but we do find the following when we look up the sculptor Lysippos (emphasis mine)

Lysippos's work is described by ancient sources as naturalistic with slender and often lengthened proportions, often with exaggerated facial features.

Note also the dates show Lysippos as a contemporary of Aristotle:

So we can have a decent expectation that the representation would be reasonably accurate. Art however, is rarely photorealistic, but is an expression the style of the artist.

The actual bust seems to be housed in the National Roman Museum, Palazzo Altemps, Ludovisi Collection, in Rome. Another image of the bust can be seen on the joyofmuseums.com article on Busts from Ancient History

4
How do we know who ancient sculptures depict?

3
What does this symbol in the title page illustration of the "Margarita Philosophica" mean?
5
How accurate are ancient history busts?
7
Which regions/dynasties do the flags in this Fresco about Byzantine-Persian war represent?
13
Who titled the works of Aristotle?
2
What do we know about Archimedes text "On Sphere-Making"?
17
Mass distribution of the Macedonian Sarissa pike
7
How, where and when did Lily Pettigrew die?
4
How do we know who ancient sculptures depict?
5
How do I learn more about untitled artworks on the internet? (like this specific Basquiat painting)
5
Where did Theophrastus write about a "a common chest" into which funds are placed in case of a member's hardship?