Where is the location of this large stump and monument (lighthouse?) background?

On back of photo "Yellow fir 12 ft. dia. monument in background." The photo is from a collection of logging photos from Washington State and British Columbia. 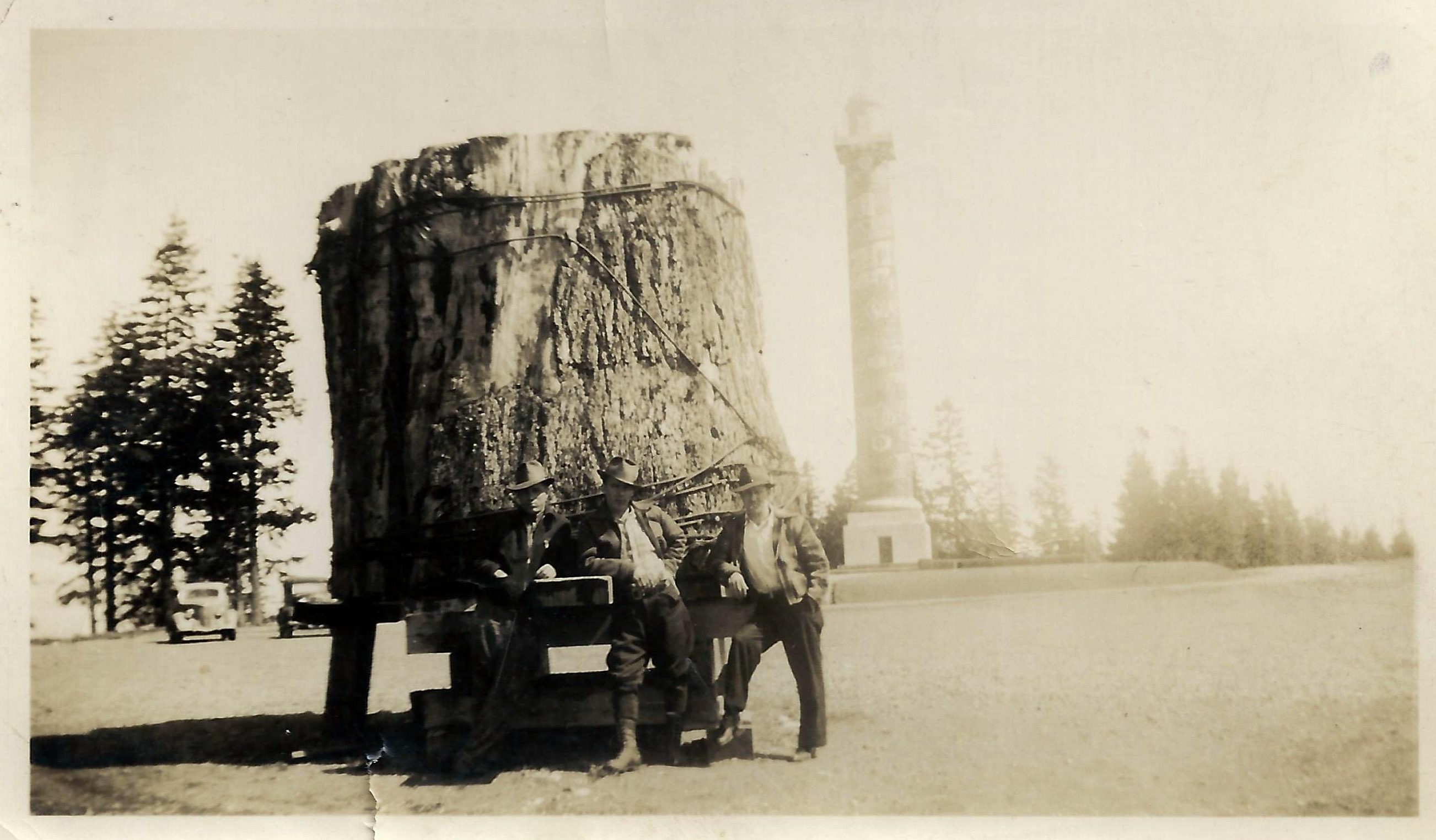 That looks a great deal like the Astoria Column, in Astoria, Oregon at the mouth of the Columbia River. In particular, the image from Wikipedia show a similar base and top part. While a bit difficult to pick out on your photo, you can also see the spiraling frieze of scenes from Oregon history.

As an aside, my grandfather was born and raised in Astoria in the late 1800's early 1900's. He hunted and trapped the Lewis and Clark rivers, and worked in logging camps in the area. To him that would have been a small stump: he tells of a job in a logging camp cutting wood for the steam engine (jenny) that ran all the lines to drag timber in. He said first thing in the morning he and another fellow would saw a slice off a tree trunk. Then his job was to split the one slice up, and it would feed the steam engine all day.

Here is a picture comparing OP's image with the image of the monument at Wikipedia to confirm Jon Custer's answer: 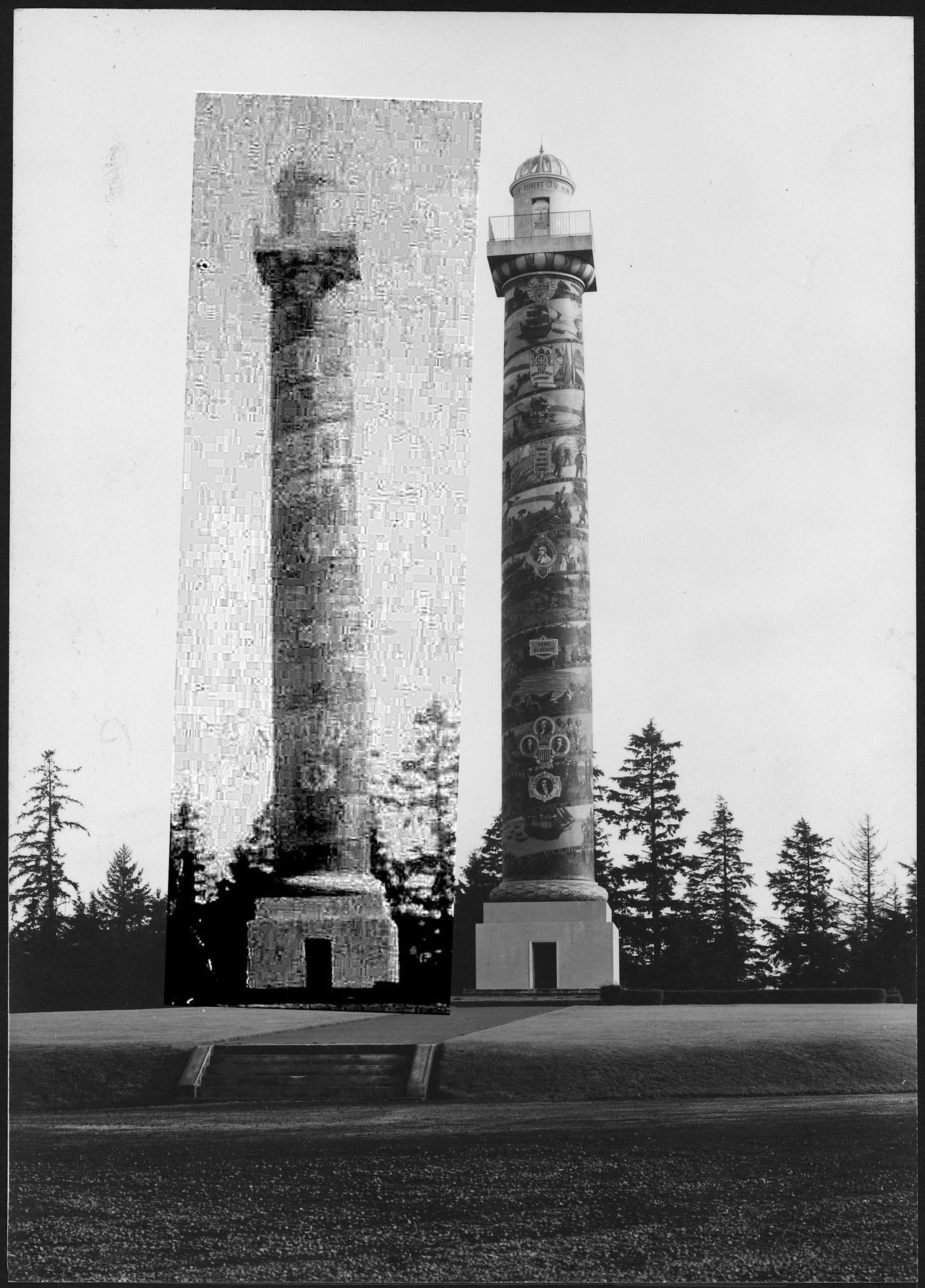 If we look at the tree at the right behind the column it seems as if the time was also roughly the same (maybe a bit later?).

Edit there is some discusion in the comments that need the whole picture. 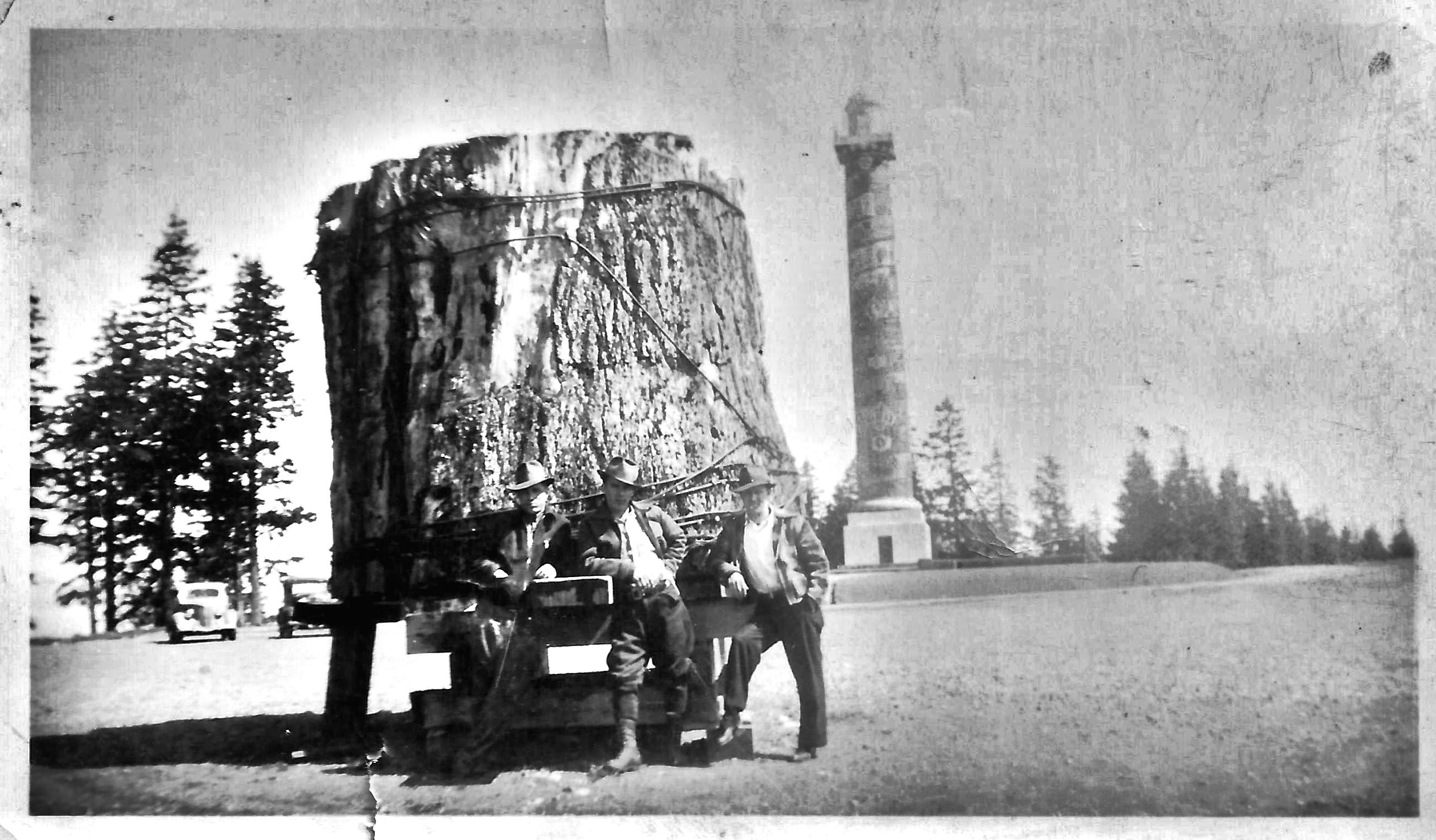 That is all I could get out of the scan.

Not the answer you're looking for? Browse other questions tagged identification monument forestry or ask your own question.

16
Flag with 13 white stars and a crescent on red background
37
Who is this young 'Prince'?
12
Who is this, probably royal, teenager?
18
Who is in this c.1866 photo?
7
What kind of uniform is this? (Circa 1940s, possibly Israeli)
10
What is the ruined tower in the background of this 1649 drawing of the Igeler Säule by Joan Blaeu?
6
Identify male uniform 1860-80 north Central Europe single breast trouser boot round cap
11
Where did tree spiking prevent the most logging?
2
How can I find out what the printed numbers mean on the back of an older photo?