What turns a man into a tyrant? [closed]

Ask Question
Asked 8 months ago
Active 8 months ago
Viewed 155 times
0
Closed. This question is off-topic. It is not currently accepting answers.

First of all, I must apologize for my bad English as it is not my first language. So first, a bit of background. I'm doing a project on J. Stalin, A. Hitler, P. Pot and M. Zedong and why did these people become so cruel. Why, when presented with the opportunity, did they order the deaths of millions of innocent people. The project is based on the assumption that the huge majority of people if given absolute power, would not start a genocide even if deep down they would want to, that there is something not allowing us to commit such crimes. So why could these four people do it so casually? So the question is - Is there some major event or turning point in the lives of any of these men that could be pinpointed as the start of their madness? Are there any similarities between these 4 men in this regard?

I have a book in my library a book on this subject: Becoming Evil, How Ordinary People Commit Genocide and Mass Killing, by James Waller. Its the hardest read I own, but I understand it has become one of the (if not the) standard texts on the subject.

It starts by establishing a couple of things that I think would be useful to you. First off, one person didn't kill millions. It takes an entire society to actually perform that large of a mass murder. That means it requires lots of "ordinary people" to willingly join in the evil. He quotes estimates of up to half a million Germans participating actively in Final Solution, and 150,000 Hutus participating in the Rwandan Genocide.

So this isn't something just one person does, and it isn't something that only crazies do. What he calls "extraordinary evil" is in fact a basic part of human nature, lurking in the hearts of normal everyday men and women, waiting to be unleashed.

The book then proceeds to work up a model for the social conditions that exist in societies that have historically contributed to this unleashing. Its a shockingly dry PowerPoint-style slide for such an infernal topic. 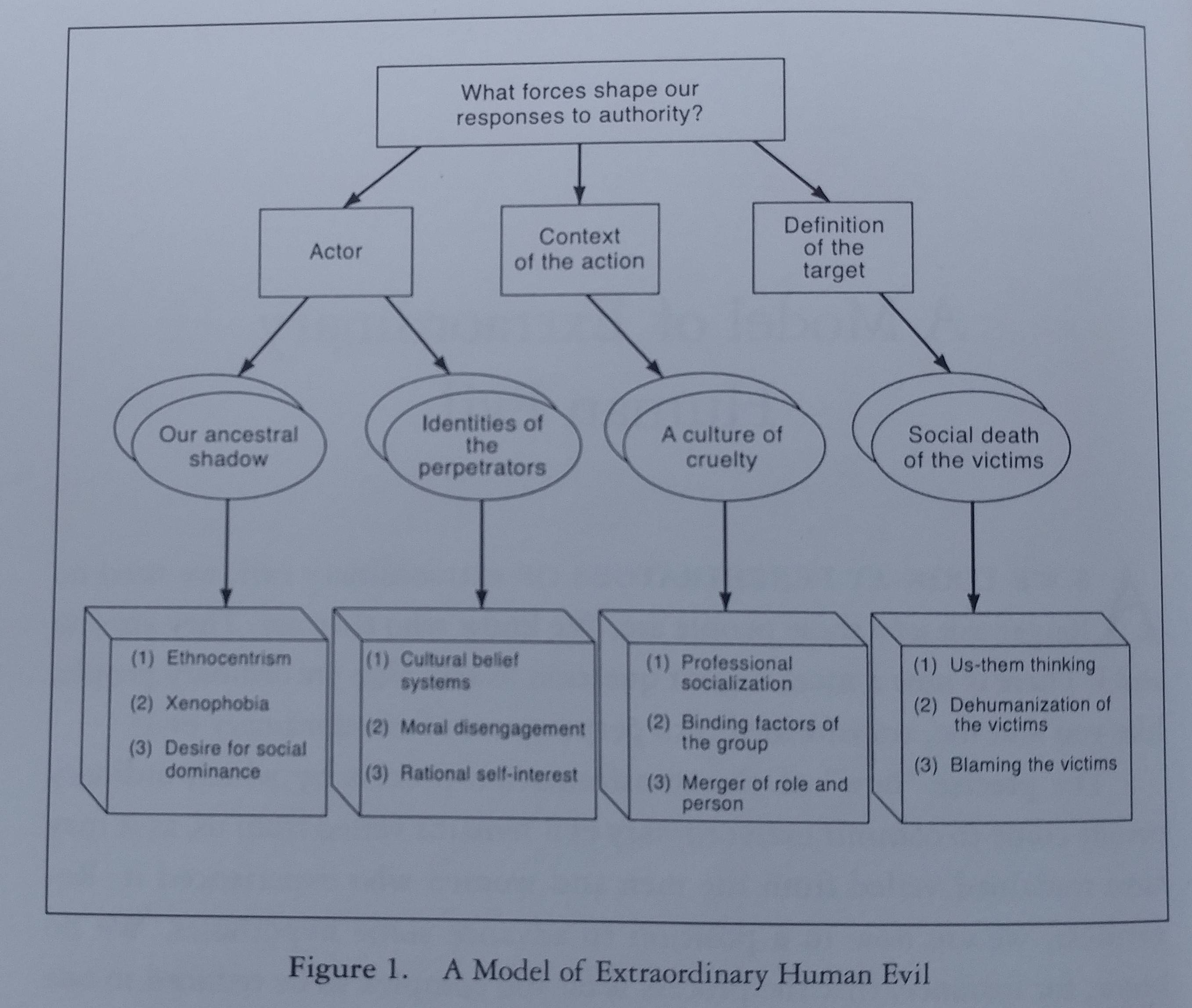 The basic gist is that we are inherently tribal creatures, so the trick is to get people thinking tribally, get them thinking of people in the out group as less than human, as obstacles, and best yet to get them thinking that they in fact are the ones under attack (and thus the killings are really justified self-defense)

The implication of course is that if you don't want your country to be the next Killing Fields, or o Holocausto silencioso, or Black Wall Street, these are the things you have to work against.

Not the answer you're looking for? Browse other questions tagged hitler stalin mao-zedong or ask your own question.

11
What happened to Mao Zedong's first wife?
18
Did Mao want to convert written Chinese into a phonetic system?
5
What were non-Communist contemporary reactions to Stalin's purges?
5
Does any evidence exist that suggests Hitler’s primary reason for declaring war on America was an attempt to draw Japan into his war with Russia?
17
Why didn't Stalin use force to bring Tito into line?
1
What happened to Hitler's personal possessions and real estate?
1
On what basis did Mao denounce Confucianism?