Can a tablet dated to the reign of king Aha be deciphered?

The following is an outline of the tablet showing the string by which it was attached to goods for shipment or storage. 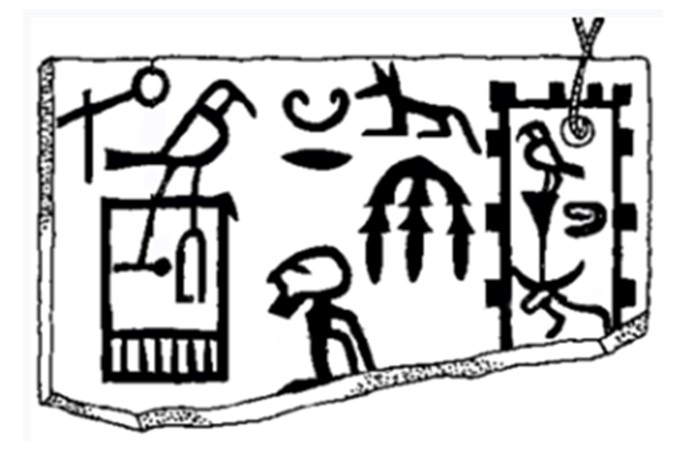 Then comes the main source of information: 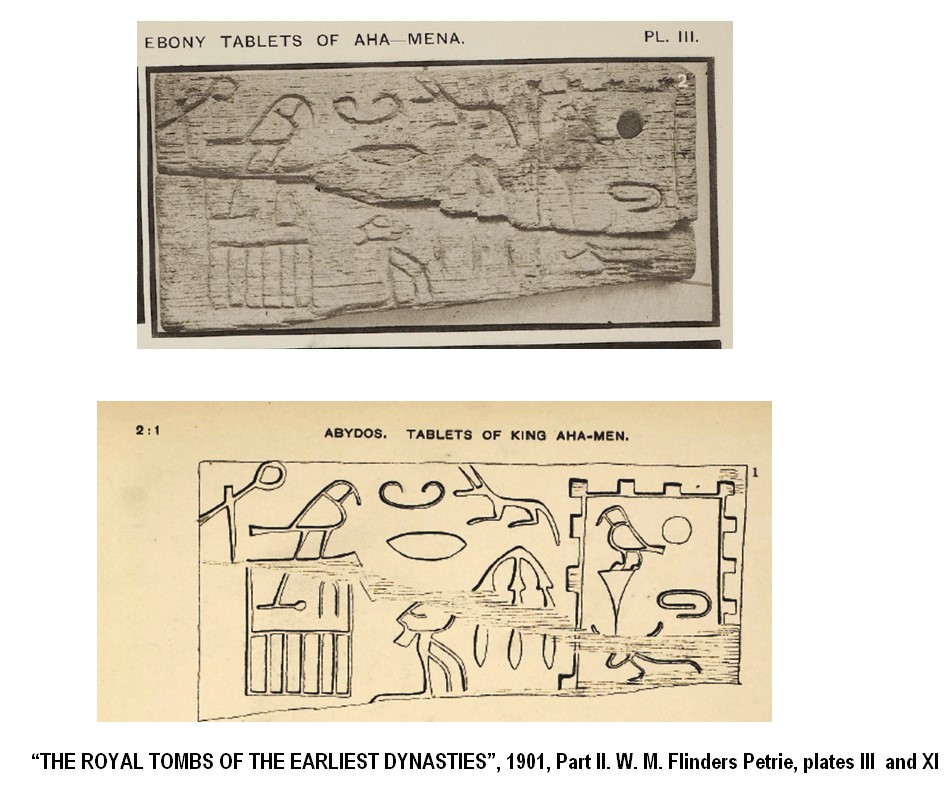 The first two glyphs are easy to decipher: 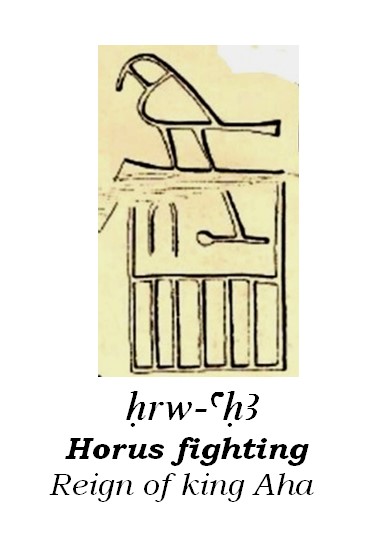 What about the rest of the glyphs?

The legend on the tag reads:

[To] The judge in Mesquet chamber of Imiut, administrator of Horus' enclosure. 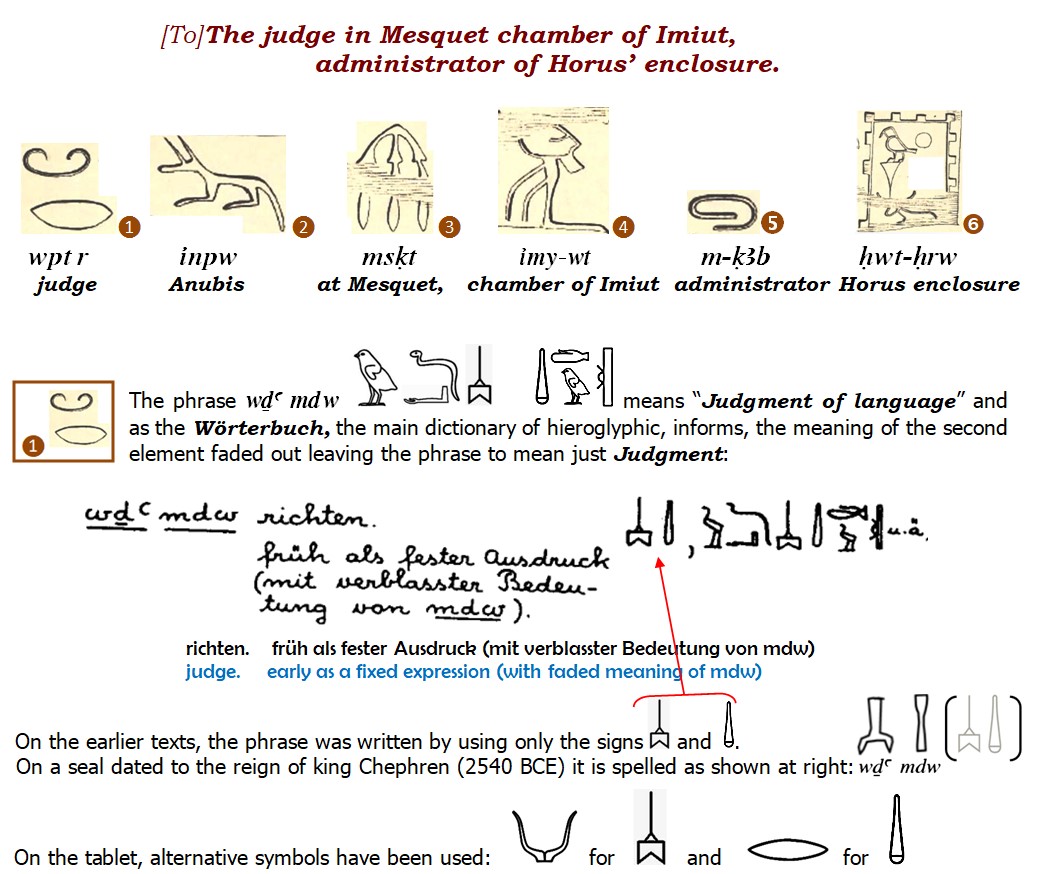 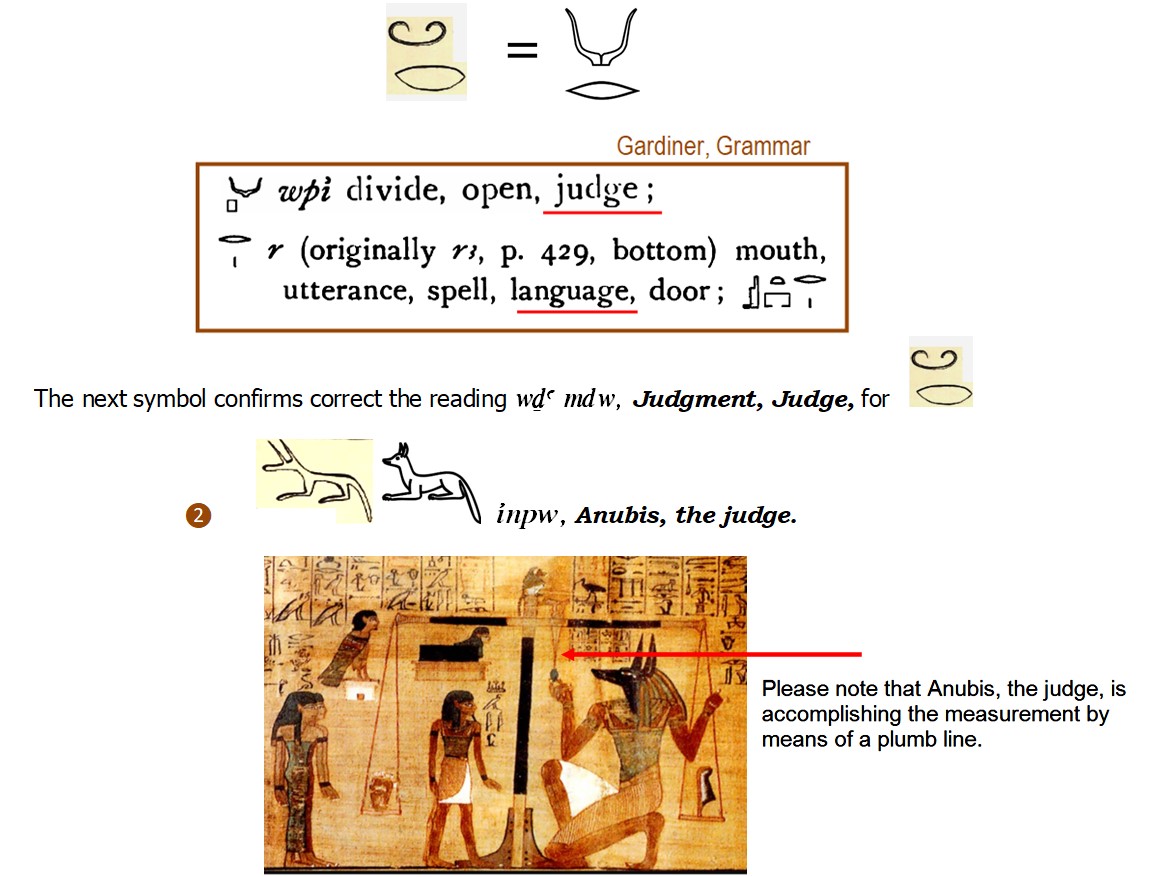 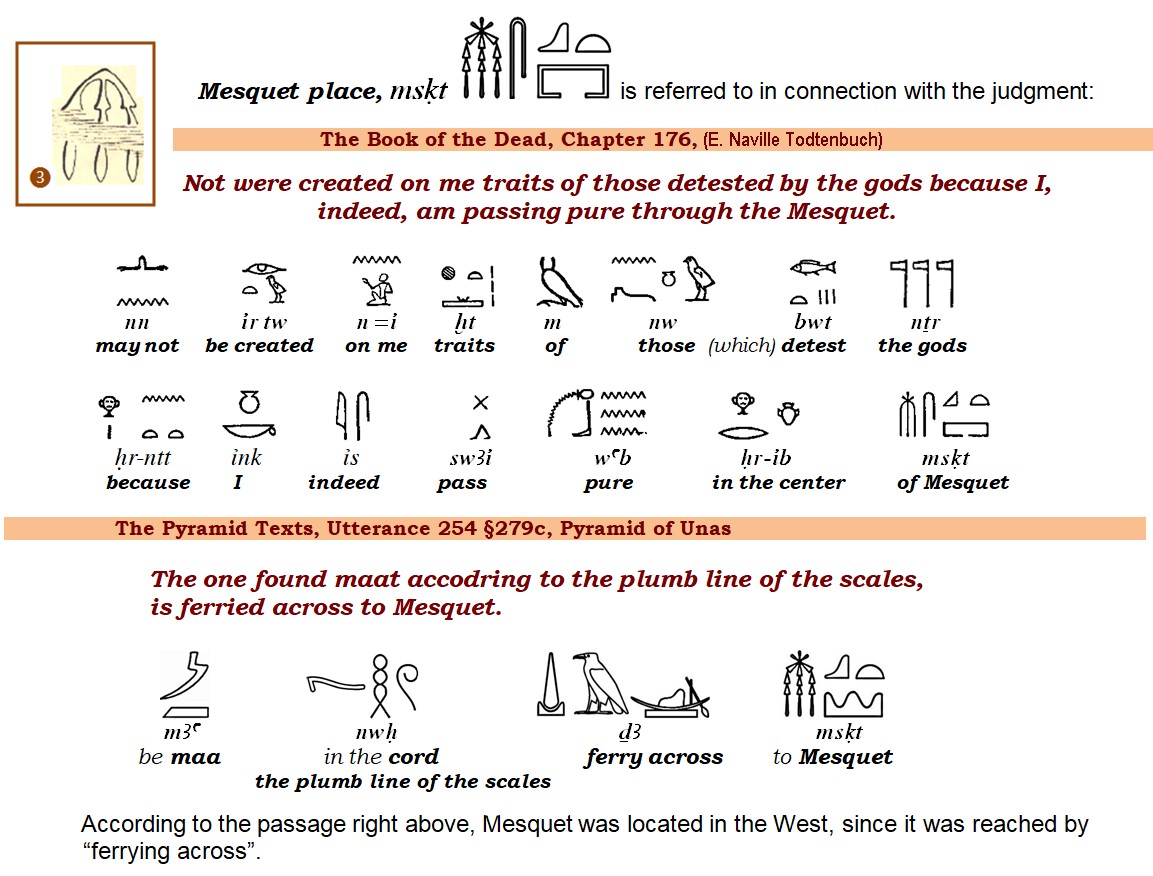 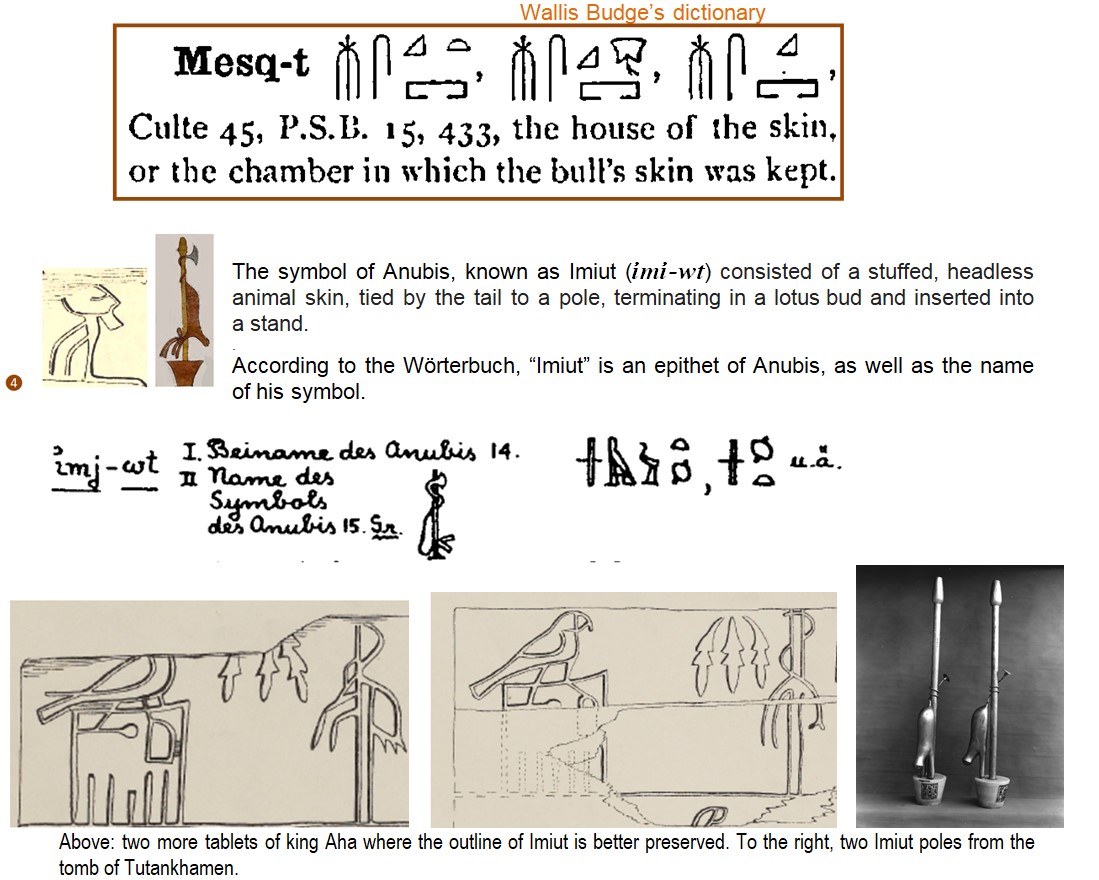 In the scene of judgment from the papyrus of Hunefer, right below, so much god Anubis, at left holding Hunefer by the hand, as god Thoth in the right noting the verdict, wear an animal skin with the tail clearly shown trailing behind. Most probably the skin kept on the pole was once the official dress of the judge and it was this skin the one kept into the Mesquet chamber. The two Imiut poles in the tomb of Tutankhamen seem to suggest double judgment and, as a consequence, high degree of purity. It is almost certain that the second judgment took place in the West and that it was focused on examining the language and the loyalties of the person being judged. Yet, an Imiut skin used by the judge in the original judgment in the East, cannot be ruled out. 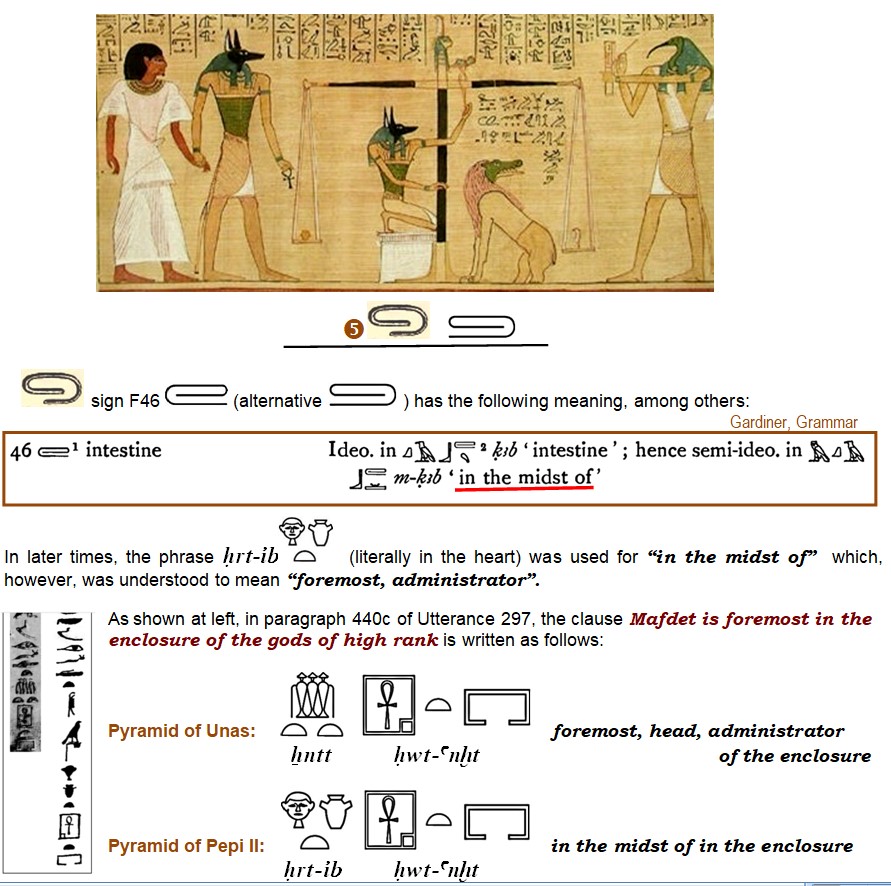 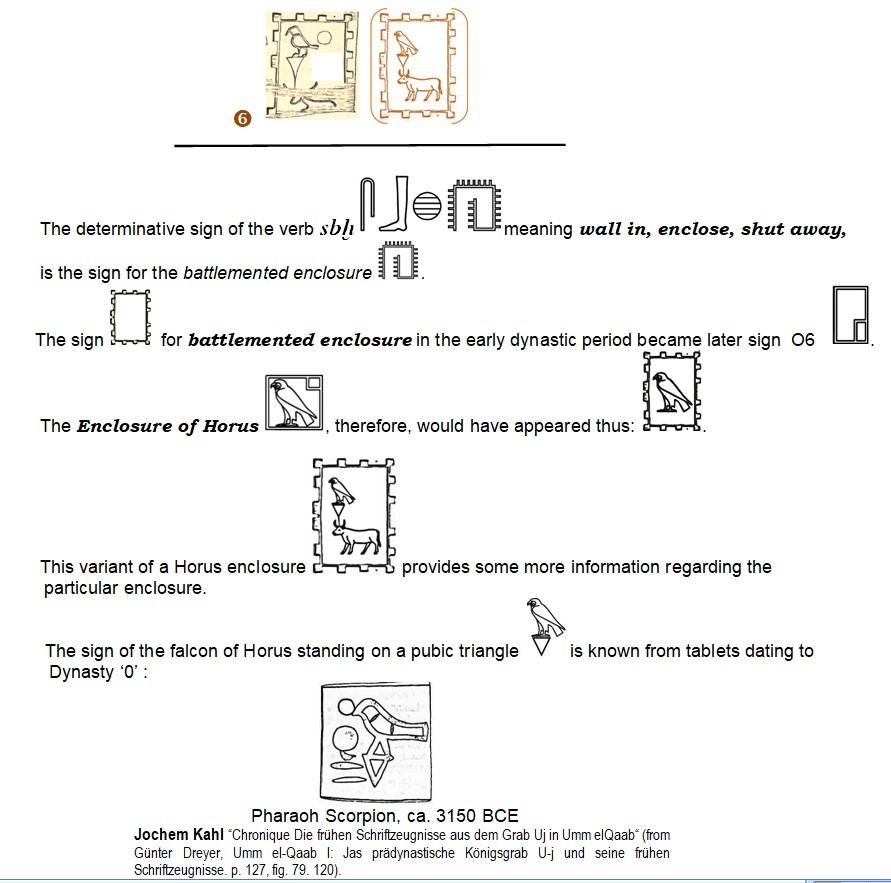 Jochem Kahl writes: “Due to the similarity of the triangle with a hieroglyph sign from the Old Kingdom, which represented a penis and a female genital organ, Günter Dreyer sees a vulva, in the small tablets from tomb Uj, and thus a sign for the female, namely the Harim. The sign "Hawk on Triangle" should therefore stand for the Harim of the King.” 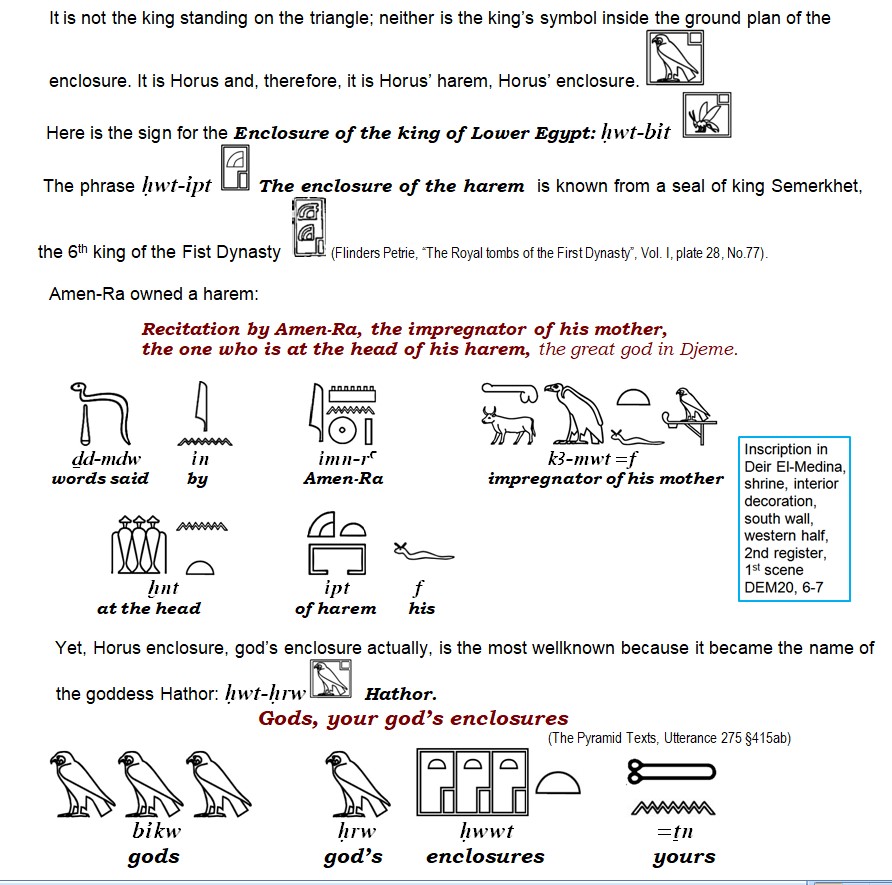 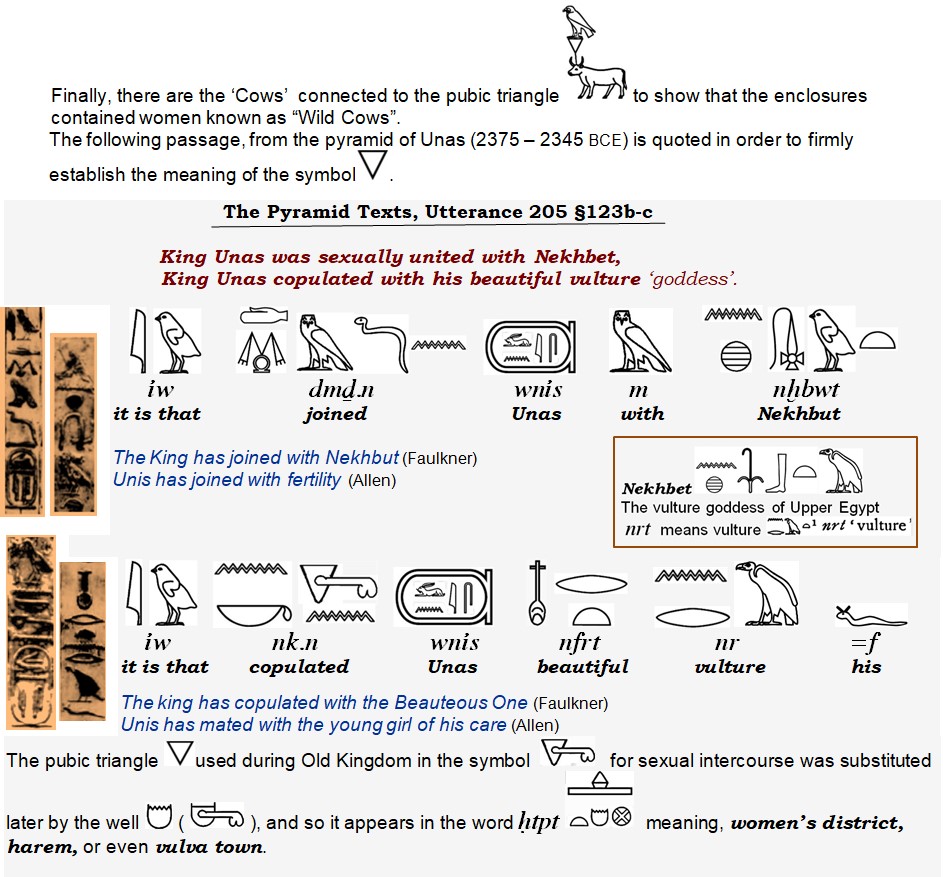 Links to the original article: Academia.edu

14
Early history of prime numbers
10
How to validate a historical source
21
How did ancient empires account for slow propagation of information e.g. in their legal codes?
6
Are the following 5 tenets of historical record examination considered complete today?
5
What was the name of the father of Mesha, king of Moab?
12
Did ordinary people during Hatshepsut's reign know she was a woman?
1
Why are pre-Harappan strata grouped together with Early Harappan strata? Does this not obfuscate the development of the civilization?