Who was the VP during these Civil Rights milestones?

I came across a tweet today with this image and text, which looks very wrong to me: 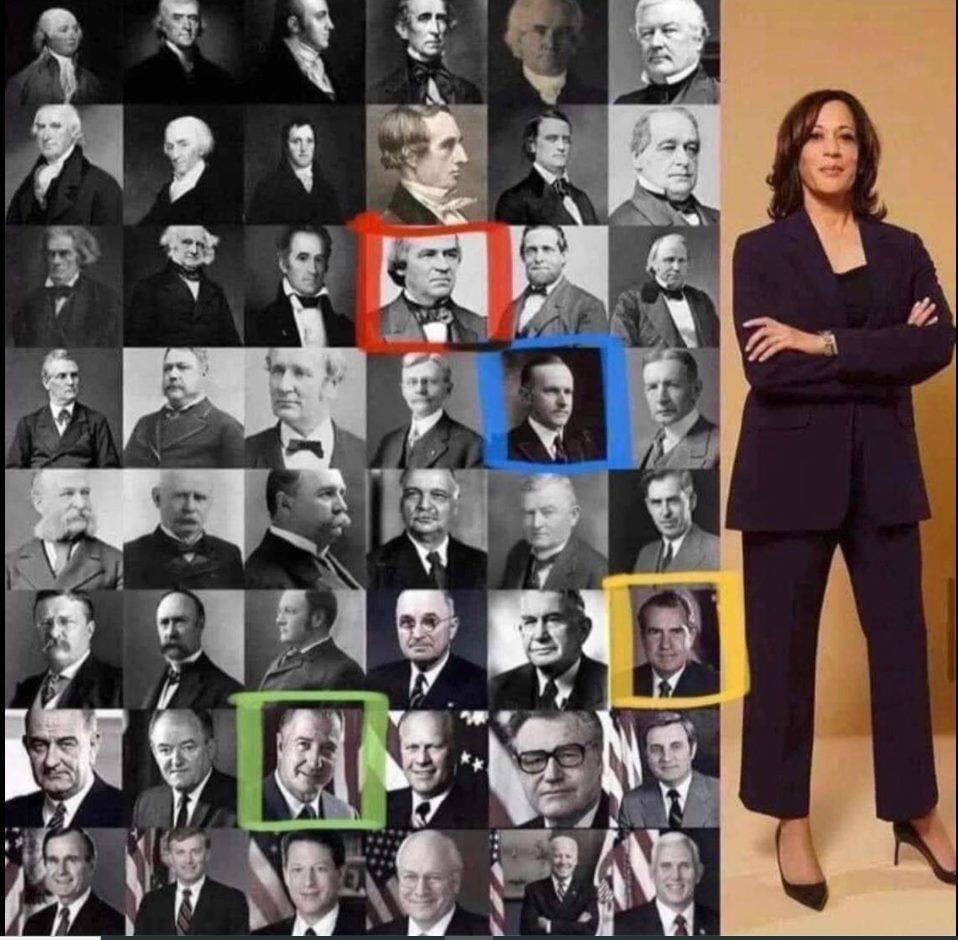 To be clear (since it took me a minute) this is a composite picture of all of the USA's Vice Presidents, in chronological order.

The biggest problem I see here is that the Voting Rights Act wasn't passed until 1965, which is clearly long after the late-mid 19th Century VP circled in blue in the picture. I'm also quite sure that schools remained segregated until at least the early 70's until anti-housing discrimination legislation and court-ordered busing, which happened considerably after the Eisenhower/Nixon administration.

I'm also suspicious that the first red circle likely marks the Emancipation Proclamation, not the ratification of the constitutional amendment that made slavery illegal nationwide.

So where should these colored circles really be?

Additionally, it might also be nice to know what happened during the VP's term to make the picture's creator think that was the right place to put that box, if that's discernible.

Update: Dicussion in the comments has made it clear that the picture itself is not chronological earlier than the bottom two rows. While that renders it pretty damn useless for its original supposed purpose(!!), this question itself seems to be unaffected, because the boxes are still on the wrong men.

First off, the language was obviously more imprecise than we'd like here. Instead I'd prefer to talk about what a woman of African and/or (Asian) Indian decent would be entitled to do everywhere in the USA, by circling the VP under whose service that right was effectively enforced, or if the office was vacant, then next VP.

This should get rid of nits like that she wasn't born yet, or arguments about where she would theoretically have been living.

Many people incorrectly believe this was accomplished with the Emancipation Proclamation, but that was a wartime order, applicable only to rebelling areas not the entire nation.

Technically, the 14th and 15th amendments should have guaranteed this right, but it was only with the passage of the VRA that the most common dodges and humbug ways to work around those amendments were made illegal nationwide. However, at least one state took this to the Supreme Court, and that case wasn't decided until 1970, so you could make an argument for that date. However, that challenge wasn't or racial or gender grounds, but rather age.

One could argue other dates, going back as early as Brown vs. the Board of Education on May 17, 1954, to as late as 1998, when Topeka schools were certified fully desegregated. However, prior to Swann cities were using tricks with district boundaries and housing discrimination (both legal and otherwise) to make sure students of color didn't really have an opportunity to go to all the same schools as the white kids.

Its also worth noting that educational discrimination on the basis of gender wasn't outlawed until June 23, 1972, which is even later than the date arrived at above.

When the Banking committee marked up the Equal Credit Opportunity Act of 1974, Boggs added a provision barring discrimination over sex or marital status -- without telling her colleagues first, inserting the language on her own and photocopying new versions of the bill.

"Knowing the members composing this committee as well as I do, I'm sure it was just an oversight that we didn't have 'sex' or 'marital status' included," Boggs told her colleagues, according to the House historian's office. "I've taken care of that, and I trust it meets with the committee's approval."

The committee approved the bill unanimously.

Rolling this up, we get:

How the original did:

With my own poor image editing skills, I've fixed the order of the images to be more chronological, and circled the appropriate ones as above. 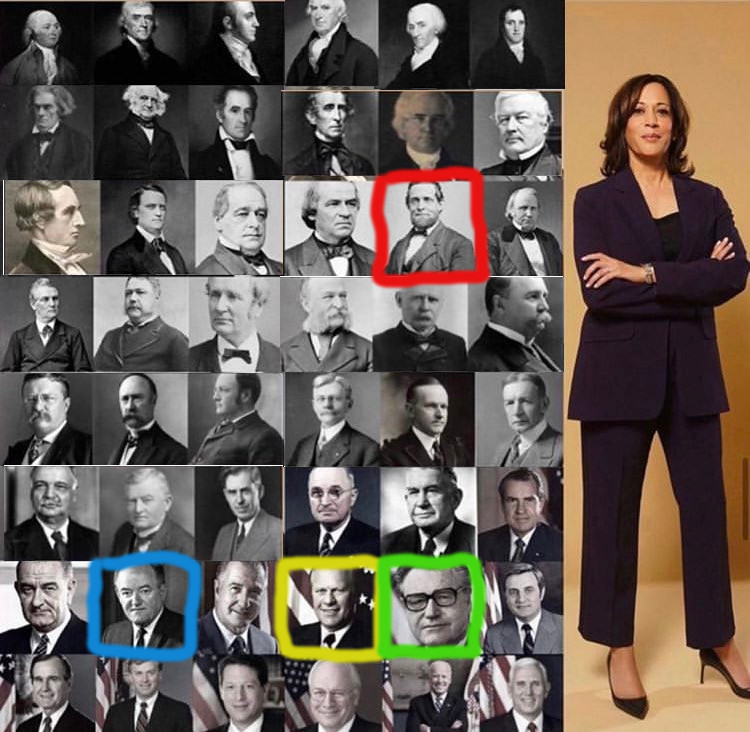 The red box should be empty. When the 13th amendment was ratified, there was no Vice President.

Passed by Congress on January 31, 1865, and ratified on December 6, 1865, the 13th amendment abolished slavery in the United States and provides that "Neither slavery nor involuntary servitude, except as a punishment for crime whereof the party shall have been duly convicted, shall exist within the United States, or any place subject to their jurisdiction." archives.gov

Wikipedia Johnson was vice president under Abraham Lincoln and became president on April 15, 1865 after Lincoln's death. A vacancy in the office of vice president was not filled until the next election prior to the adoption of the Twenty-fifth Amendment in 1967.

Wikipedia provides a list of VP and images LOC and ThoughtCo may be useful for checking facts.

Note that Wikipedia's chart shows when the office was vacant.

Not the answer you're looking for? Browse other questions tagged united-states civil-rights or ask your own question.