Can anyone identify the country, rank, and unit of this WWI Uniform?

A photograph of my grandfather, Stephen Peter Barbustiak (sp of last name changed during immigration process). DOB 20 August 1895 in Odorin, present day Slovakia. Married September 3, 1917. I know he served in Eastern Europe during World War One. 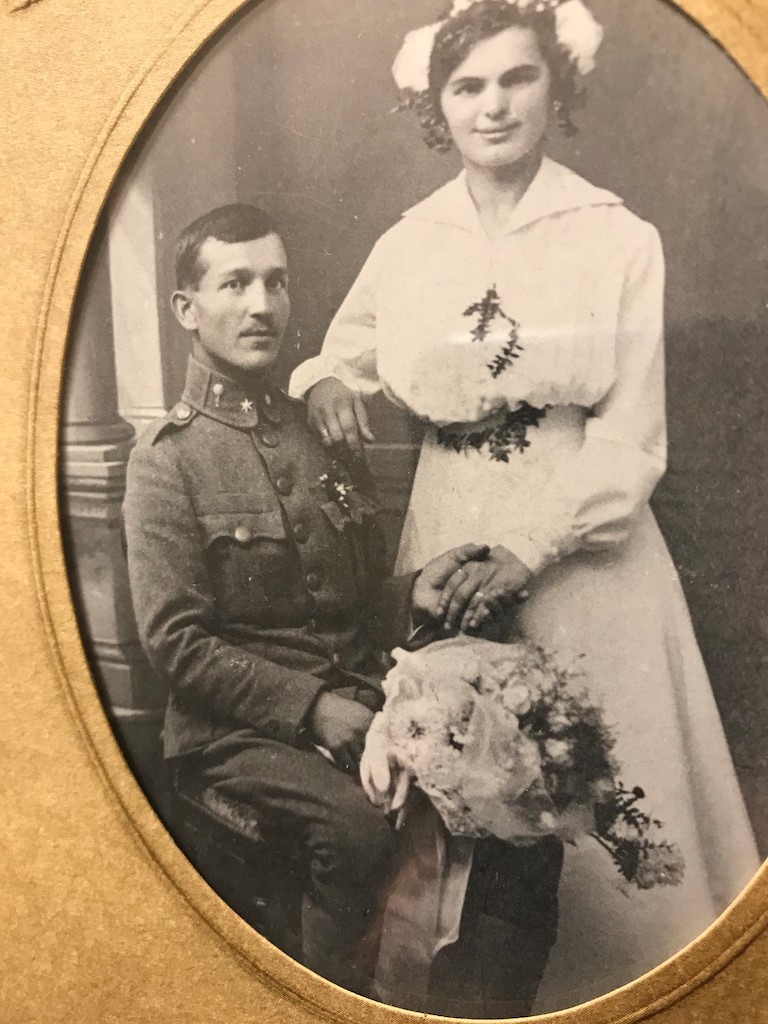 I believe @kimchi lover is correct. The single six-pointed star is that of a Gefreiter, an enlisted man who has been promoted once, roughly equivalent to a NATO OR-2 or US Private 1st Class.

A Field Pilot's Badge over his right breast would be definitive proof that he was a pilot, its lack does not rule it out.

Unfortunately I cannot make out the medals over his left breast pocket.