I recently discovered this clip of General Eisenhower: Eisenhower Explains About General Lee (1957)

In it he claims "The 4 top Americans of history: Franklin, Washington, Lincoln and Lee"

I don't think anyone would claim General Eisenhower's respect for Lee was because of racism or confederate romanticism; given his strong stance against segregation, and his own ancestors fought for the Union. So what is there about Lee that Ike admired so much to place him in the same category as Lincoln?

There's an interesting political angle to be made here. Starting with their meeting in 1946, Eisenhower cultivated a relationship with Lee-biographer, journalist and Virginia politician Douglas Southall Freeman, whose tomes on Lee (although winning a journalism award in the 1940s) were described by some later historians as rather hagiographical.

According to one PhD thesis on Freeman, which details the substantial extent of public and private support that Freeman poured into Elsenhower's bid for the presidency:

Freeman's public championing of Elsenhower was important in swinging Virginia into the Republican column In the election of 1952.

Eisenhower was one of the most politically adroit generals. The extent to which his admiration for Lee was genuine (probably so on military grounds) and convenient politically is probably difficult to disentangle. It's also worth noting that the 1950s were the time when Lee made his iconic reappearance at West Point.

Freeman described Eisenhower's bid for presidency in a sort of analogous way with how he described Lee's answer to the Confederate cause--a great man reluctantly responding out of a sense of duty.

Having said this, Eisenhower was neither the first nor the last 20th century US president to say complimentary things about Lee. Eisenhower perhaps does stand out a bit with the extent of his professed or at least explained his admiration, in the second half of the century (although Woodrow Wilson surely exceeded it in the first half, himself having written a book on Lee). Eisenhower's letter to a dentist that is often brought-up on this matter pretty much describes Lee's participation in the Civil War along standard Lost Cause terms, namely that Lee was allegedly fighting for the idea of secession being a states right and it makes no mention of slavery.

General Robert E. Lee was, in my estimation, one of the supremely gifted men produced by our Nation. He believed unswervingly in the Constitutional validity of his cause which until 1865 was still an arguable question in America; he was a poised and inspiring leader, true to the high trust reposed in him by millions of his fellow citizens; he was thoughtful yet demanding of his officers and men, forbearing with captured enemies but ingenious, unrelenting and personally courageous in battle, and never disheartened by a reverse or obstacle. Through all his many trials, he remained selfless almost to a fault and unfailing in his faith in God. Taken altogether, he was noble as a leader and as a man, and unsullied as I read the pages of our history.

From deep conviction, I simply say this: a nation of men of Lee’s calibre would be unconquerable in spirit and soul. Indeed, to the degree that present-day American youth will strive to emulate his rare qualities, including his devotion to this land as revealed in his painstaking efforts to help heal the Nation’s wounds once the bitter struggle was over, we, in our own time of danger in a divided world, will be strengthened and our love of freedom sustained.

Such are the reasons that I proudly display the picture of this great American on my office wall.

Eisenhower's letter also praised Lee's post-war reconciliation efforts, but left out that Lee also called for a restoration of white rule in the South even after the war (although that fact can be found in Freeman's books.)

Things are bit different nowadays, but until quite recently you could both be not racist and be into things Confederate at the same time (just stating a fact, not expressing an opinion about that). A comment already mentions the 70s/80s show "The Dukes of Hazzard". Although Bo and Luke drove around in a car called "The General Lee" with a prominently displayed Confederate flag on it's roof (see picture) it was a fairly uncontroversial show at it's time and shown on a major network. Also I do remember seeing an episode as a child where Bo and Luke rescued a black man from the KKK or a similar organization.

As for why Eisenhower professed such admiration for General Lee. I think as a former military commander himself he admired General Lee's supposed military genius (although there are historians who have a different opinion about this). 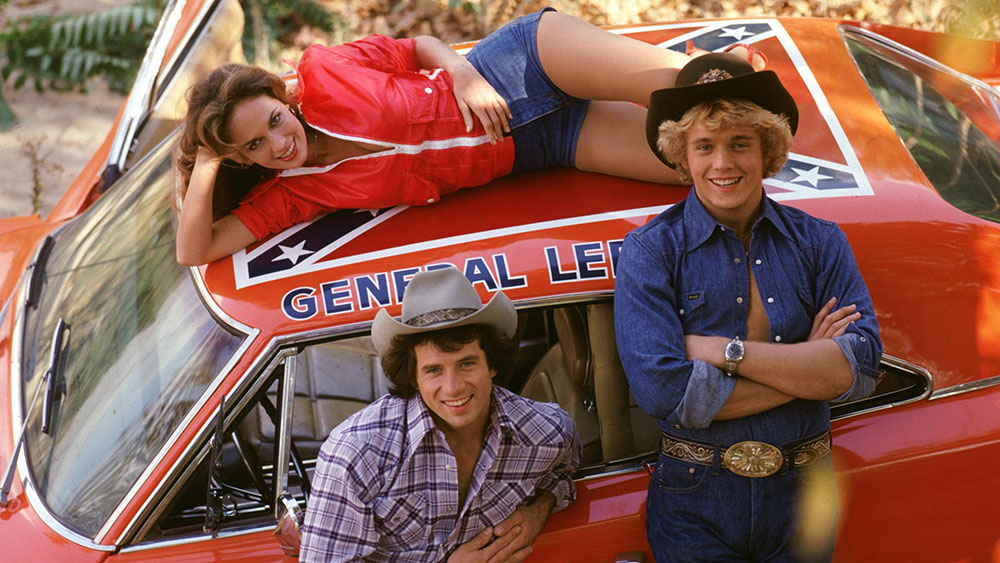 Dwight Eisenhower was a "country boy" raised in Abilene Kansas. As such, he was partial to "homespun" wisdom of the kind best displayed today by Warren Buffett. Eisenhower's four heroes had similar, practical views on life.

Ben Franklin was a "country boy" for his time (the 19th century), and publisher of Poor Richard's Almanac, whose aphorisms included "A penny saved is a penny earned," and "early to bed, early to rise, makes a man healthy, wealthy and wise."

George Washington was a product of rural Virginia, as was Robert E. Lee. Washington was what we would now call a "cloth coat" Republican, who said, "To be prepared for war is one of the better means of preserving peace." Eisenhower himself echoed, "In the final analysis, a soldier's pack is lighter than a prisoner's chains." Lee famously said, "It is a good thing that war is so terrible, otherwise we would grow too fond of it." Lincoln was a country lawyer, and one of his most best-known quotes is "you can fool all of the people some of the time, and you can fool some of the people all of the time, but you cannot fool all of the people all of the time."

8
Why did the US, Britain, France, Denmark and Sweden vote against the UN resolution that condemned Nazism and SS glorification?
6
Why did Syria intervene in favour of the Maronites during the Lebanese Civil War?
25
Why did the Chinese Nationalist party members go to the island of Taiwan and not to any other island?
19
Why was Eisenhower chosen to be Supreme Allied Commander in Europe?
20
Why did Robert F. Kennedy loathe Lyndon B. Johnson?
5
What were the international space arrangements and scientific purposes Eisenhower spoke of in October 1957?
24
How much did J. Robert Oppenheimer get paid while overseeing the Manhattan Project?
3
Did Robert F. Kennedy call Police Review boards a "sinister movement against law enforcement" in the 1960's?