In a medieval city how large a market was needed relative to population? [closed]

Ask Question
Asked 11 months ago
Active 11 months ago
Viewed 215 times
0
Closed. This question needs to be more focused. It is not currently accepting answers.

In a large medieval city fed by the agricultural product of the area, plus imports such as grains, spices, fish, etc. and also serving as a regional hub for the exchange of trade goods, what determined the placement and number of market locations in the city? How big was a market was needed relative to city population in terms of vendors and space?

You can get some information concerning the number of markets relative to population by looking at the Wikipedia page on Market Towns. One specific tidbit there might be of use to you (emphasis mine).

The primary purpose of a market town is the provision of goods and services to the surrounding locality.1 Although market towns were known in antiquity, their number increased rapidly from the 12th century. Market towns across Europe flourished with an improved economy, a more urbanised society and the widespread introduction of a cash-based economy.2 The Domesday Book of 1086 lists 50 markets in England. Some 2,000 new markets were established between 1200 and 1349.3 The burgeoning of market towns occurred across Europe around the same time.

The total population of England in 1086 cannot be calculated accurately from Domesday for several reasons: only the heads of households are listed; major cities like London and Winchester were omitted completely; there are no records of nuns, monks, or people in castles. The population of England at the time of Domesday has been tentatively estimated at between 1¼ and 2 million. However, these figures are much lower than the 4 million people there are estimated to have been in Roman times.

So if we do the math, we can get those 50 markets divided into the population across England in 1086 showing each market covered a population of 25,000 to 30,000 people. This is oversimplification just to get a numerical 'ball park' figure, but interestingly it seems to match the figures provided in another answer by @Pieter Geerkens, which showed 5 markets in a city of 125,000 for one market covering 25,000 people.

You can look at the first quote and see that the distribution of markets changes quite a bit a little later in the middle ages (12th to 14th centuries):

their number increased rapidly from the 12th century. Market towns across Europe flourished with an improved economy, a more urbanised society and the widespread introduction of a cash-based economy...Some 2,000 new markets were established between 1200 and 1349.

Running numbers on England again, but picking just at the maximum population estimates before the depopulation event of the plague, we find a population estimate of 6,000,000 having access to some 2000 markets, giving us one market per each 3000 residents. A major difference showing that variation in time and conditions, all still within the medieval period. 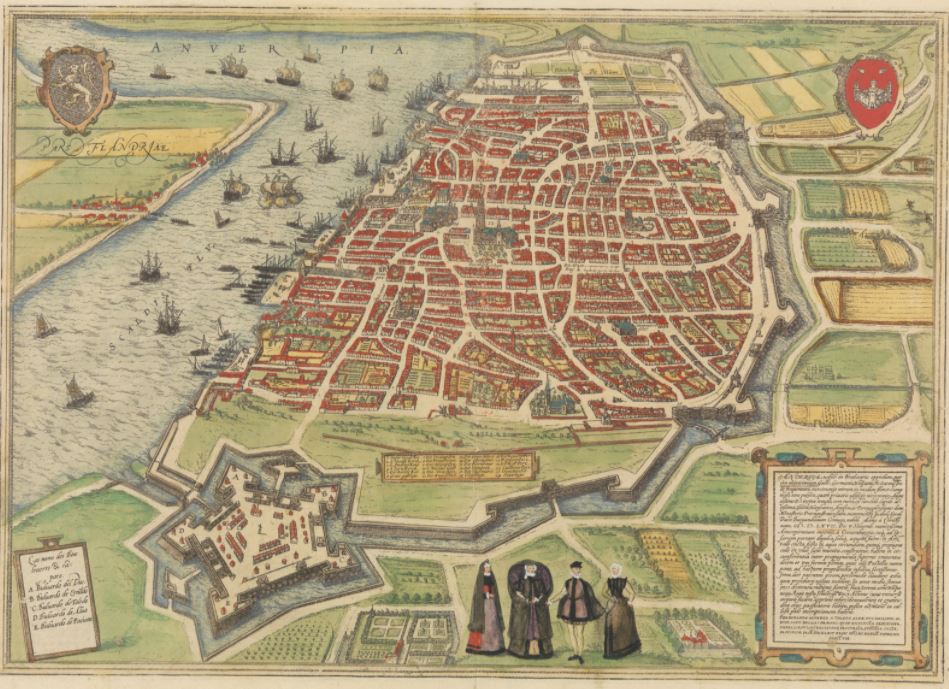 Note that horsemeat is popular in much of France and the Low Countries; and both "Cattle market" and "Horse Market" may both be referring to two styles of butchery rather than to livestock. To my mind, livestock markets are more likely to be locate outside the city walls than inside - the former locations per force catering primarily to the households of the city.

This slightly later map of Amsterdam dates to 1593. It lacks the definitive legend, but there a couple of likely market locations visible upon inspection. 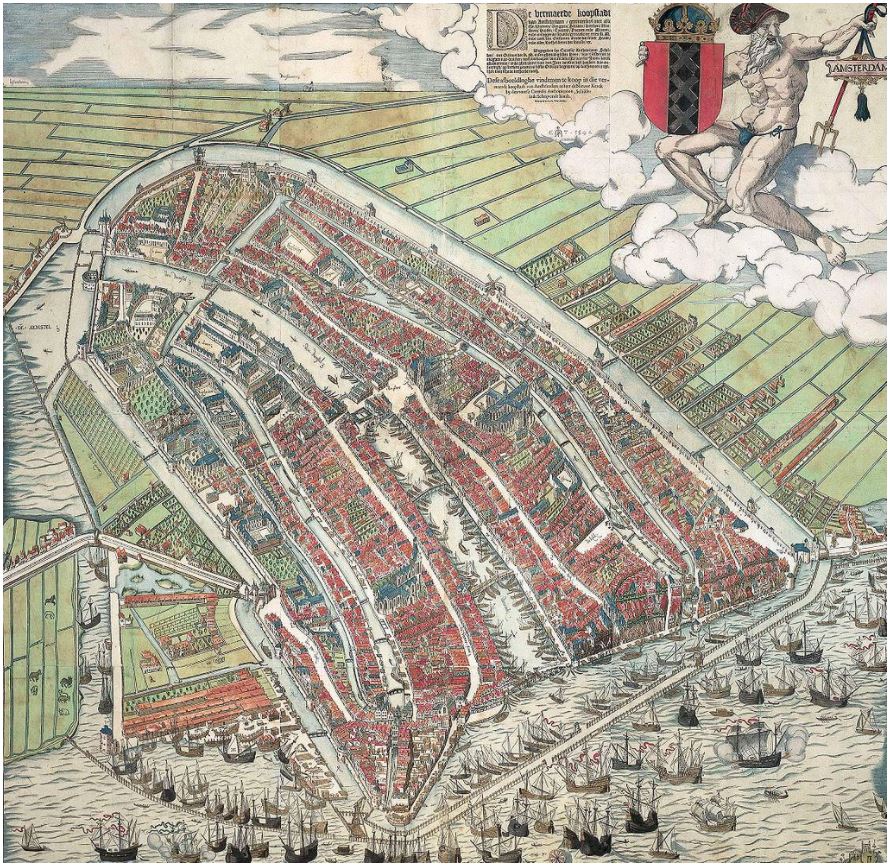 Many thanks to LangLangC for translation and spotting assistance.

Not the answer you're looking for? Browse other questions tagged middle-ages economy trade or ask your own question.

17
How was security on the Silk Road between China and the West maintained?
31
How did medieval manors handle population growth? Was there room for more fields to be ploughed?
5
How were large monetary transactions conducted in medieval Europe?
6
How did medieval serfs obtain their iron goods?
7
How would an early Medieval German market have looked?
32
How much would 300 pounds (money value) weigh in Medieval England?