The area is located in Washington Township, Indiana. 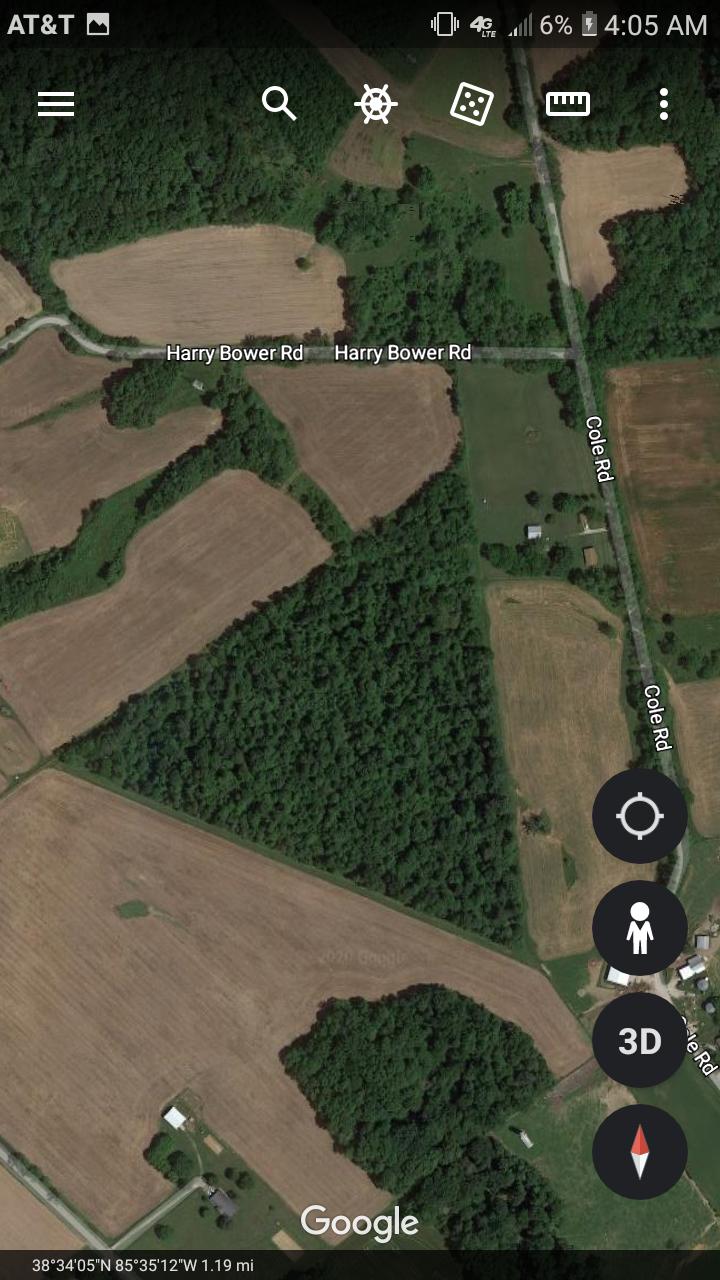 Going of the description indicating a Washington Township, I found the following: (Note see update below-this is the wrong county)

If my assumption on location is correct, the answer may be found on a Porter County genealogy website mentioning Native American Burial Grounds within the county. The Entry for Washington Township says the following (emphasis mine):

A village of about one hundred or more Pottawatomie Indians was situated near the present site of Prattville. Their burying-ground was located on what is now Harmond Beach's orchard.

I can't confirm the site location is the same you are referencing without more information, but this would indicate the region was previously inhabited by the Potawatomi. I agree with comments by @Mark C. Wallace however, that the triangular shape observed on the map image is most likely due to an artifact of farming practices or property boundaries, and is not likely in itself related to the burial grounds themselves.

It seems the location may be in Clark County and not Porter County. Both have Washington townships. The information I can dig up leads to a completely different and much older culture inhabiting the region.

The triangular section of woods is about 15 miles (24km) away from a site known as the Prather Site. This site is considered to be middle Mississippian Culture (c. 1200–1400CE) . This is also part of what is collectively known as the Mound Builders. The middle Mississippian era was before most of the modern tribal cultures we are familiar from early American History, but would be possibly ancestral to some of those groups:

The proximity to the Prather site would lead me to think that, if there is a burial site within the triangular section of woods, this might be the connection. However I reiterate what I said before concerning the shape: I agree with comments by @Mark C. Wallace, that the triangular shape observed on the map image is most likely due to an artifact of farming practices or property boundaries, and is not likely in itself related to the burial grounds themselves.

22
What is the state of the art historical analysis of claims that Carthaginians discovered America?
10
Has there been an occasion where ranged weapons were available but not used?
13
What did the ancient Eastern world think of the ancient Greeks?