What WW2 German badge is this?

My uncle fought in North Africa, Italy, France and Germany. After he past I found this badge, but don’t know what its for or where it’s from. Can anyone help me figure it out? 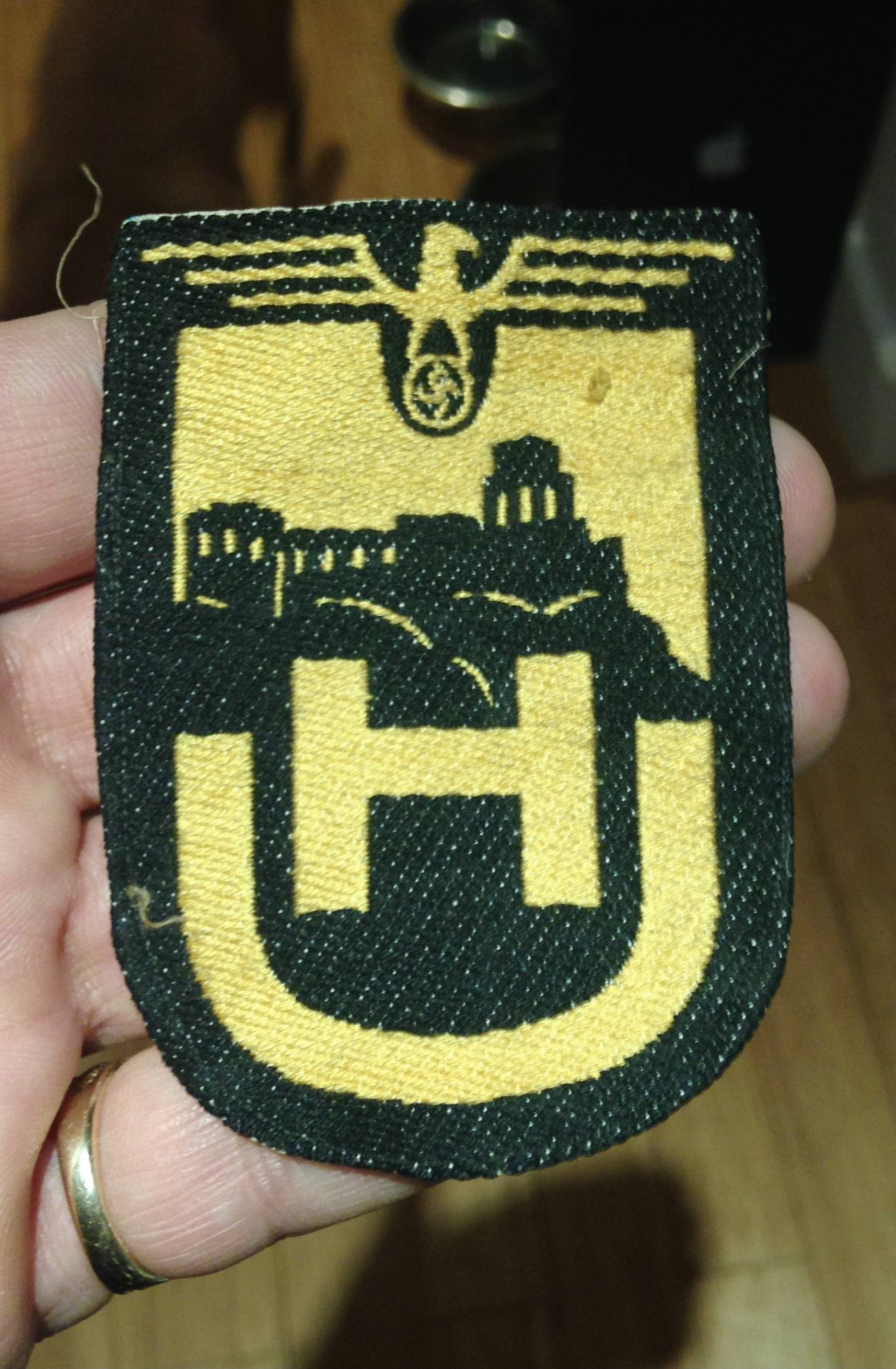 linnen-based- and/or: 'BeVo'-woven cloth-based sportshirt-patch depicting a capital: 'H' and 'U', as was intended for usage by students serving within the: 'Universität Heidelberg'.

linnen-based- and/or: neatly 'BeVo'-woven cloth-based sportshirt-patch (ie. 'Sporthemd-Abzeichen') depicting a a capital: 'H'- and/or 'U'-character with above a stylished so-called: 'Reichsadler'-device as was (presumably) intended for usage by students serving within the: 'Universität Heidelberg' and that comes in an overall very nice (IMO minimally used- and once tunic- ie. shirt-attached-), condition. The shield-shaped- and multicoloured patch - which is void of a makers-mark - measures: 9 x 6 cms. and was clearly used (it comes in a pre-folded condition as can be seen on the pictures). Simply a very attractive - and without doubt rarely encountered! - piece of TR-period cloth-insignia that most certainly merits further investigation! shop

On the Heidelberg medical faculty website there is a small snippet of what happened there in the Third Reich period.

1933-1945: The Medical Faculty stands under the influence of the NS-dictatorship. More than 20 university lecturers are expelled on the grounds of racist- or political reasons. There are cases of forced sterilisations taking place at the Surgical Clinic as well as at the Gynaecological Hospital.Medical faculty Heidelberg

Wikipedia has a well sourced section on the Heidelberg University in the Third Reich period. I have included these sources on the bottom.

With the advent of the Third Reich in 1933, the university supported Adolf Hitler and the Nazis like all other German universities at the time. It dismissed a large number of staff and students for political and racial reasons. Many dissident fellows had to emigrate and most Jewish and Communist professors that did not leave Germany were deported. At least two professors directly fell victim to Nazi terror.Wolgast, Eike (1986). Die Universität Heidelberg: 1386–1986 (in German).

On 17 May 1933, members of the university faculty and students took part in book burnings at Universitätsplatz ("University Square") and Heidelberg eventually became infamous as a NSDAP university. The inscription above the main entrance of the New University was changed from "The Living Spirit" to "The German Spirit",Cser, Andreas (2007). Kleine Geschichte der Stadt Heidelberg und ihrer Universität [Short history of the city of Heidelberg and its University] (in German).

and many professors paid homage to the new motto. The university was involved in Nazi eugenics: forced sterilizations were carried out at the women's clinic and the psychiatric clinic, then directed by Carl Schneider, was involved in Action T4 Euthanasia program. The heads of the university helped in the deportation of Jewish men, women and children directly to the gas chambers. After the end of World War II, the university underwent an extensive denazification. Remy, Steven P. (2002). The Heidelberg Myth: The Nazification and Denazification of a German University.

Not the answer you're looking for? Browse other questions tagged ww2-european-theater german or ask your own question.