Can you help identify this European military uniform?

This picture was found in the possessions of a great-aunt who immigrated from Volhynia, Russia to Canada around 1908. My family is ethnically German, and many of the Volhynian Germans originally came from East Prussia. My vague guesses are that this is German/Prussian/Russian and is from approximately 1850-1908. I don't know who the man is. I can speculate that this is a military uniform.

Can anyone accurately identify his uniform (country, division, rank) or provide any other clues? 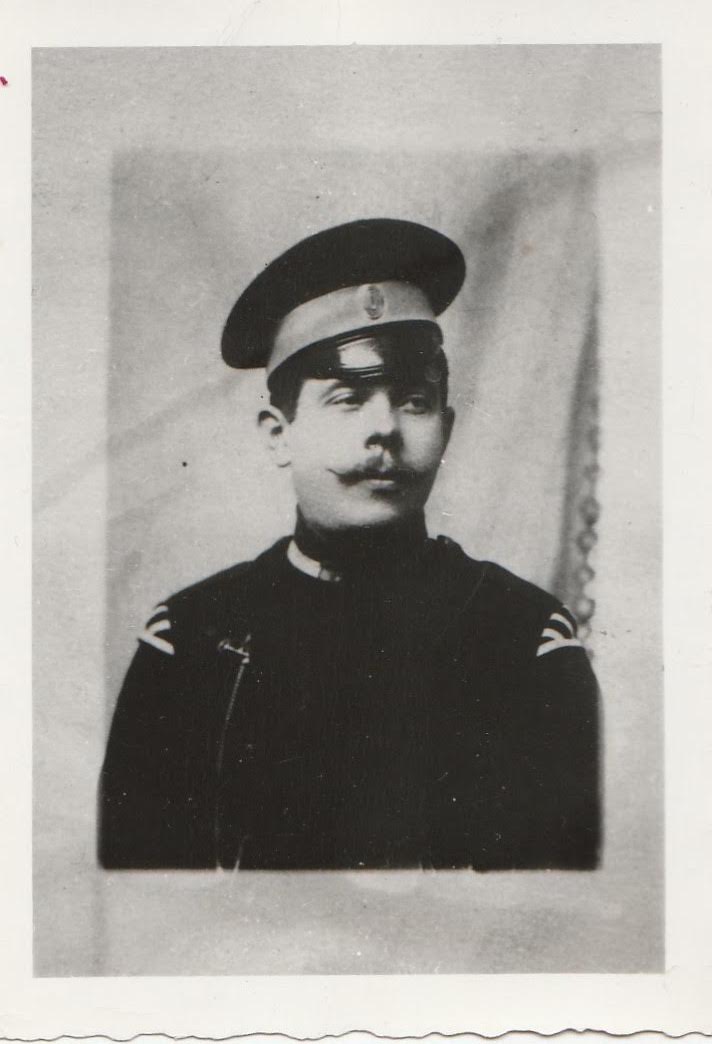 It is a Russian uniform.

The cap itself and the oval cap badge give it away: 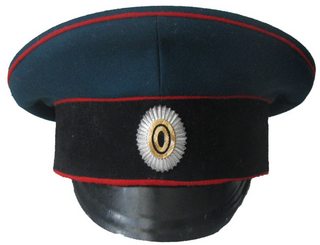 A Prussian hat would have two round cockades.

His shoulder decoration further implies that he was a musician: 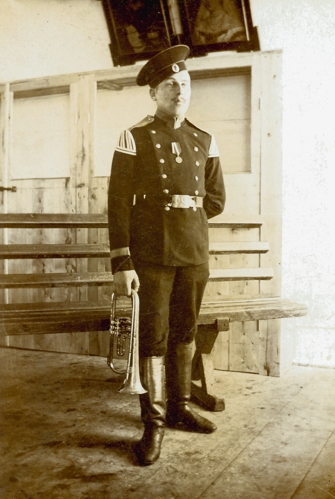 Unfortunately, the peaked cap was in service in that basic style for quite a long time, and certainly as early as the Crimean War:

Russia is the first country to adopt the peaked cap.

But the fine facial hair style might indicate (to my personal opinion at least) a much later date. My guess would be 1900–1910, 1880 the earliest. Minimally supported by comparing the colour plates in — Boris Mollo & John Mollo: "Uniforms of the Imperial Russian Army", Blandford Colour Series, Blandford Press: Poole, 1979.

Not the answer you're looking for? Browse other questions tagged military europe identification uniform or ask your own question.