Was the danger of radiation in the case of nuclear war overestimated during the cold war?

This article tells about signal "Atom" and its intended effect on Moscow metro: 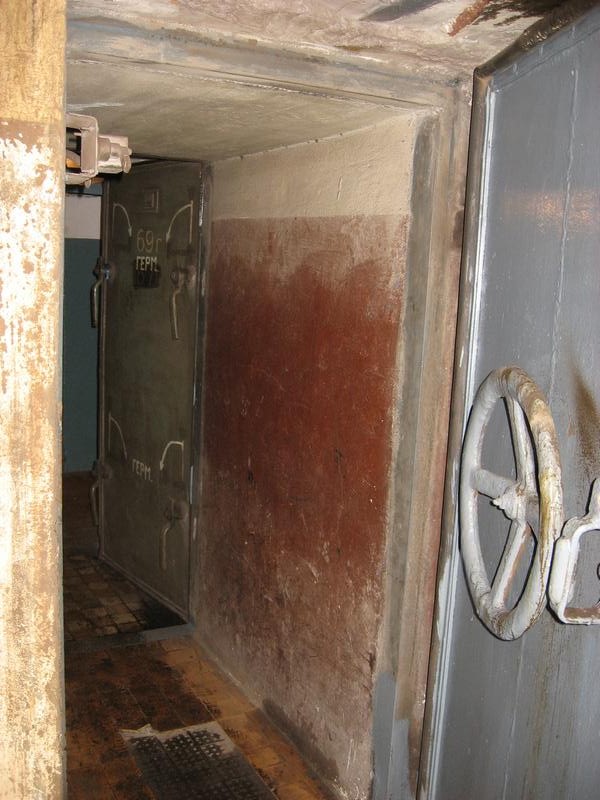 This list of anti-radiation measures seems to be really a huge overshoot.

The radiation from the bombings seems to be much less than that from any nuclear plant disaster and usually goes away in hours after bombings (at least for the purpose of walking outside). The effect on soil will be more protracted, but the soil can be replaced in normal restoration wokflow.

I do not see any reason for:

Can anyone please clarify, whether I am right that this radiation-scare was (is) an overshoot?

The issue which these civil defense type shelters were looking at isn't just the immediate local contamination due the nearby blast. It is what we call fallout. Every particle in the region of an explosion is sucked into the blast area, and then projected upwards within the classic 'mushroom cloud' we see in so many pictures. These particles are radioactive, and they take time to come back to ground. A single line of the linked Wikipedia article has an estimate on this effect (emphasis mine):

This is the reason the civil defense plans were accounting for an extended stay underground. We can track the source from the linked wiki to an article from 1957 on The Nature of Radioactive Fallout and its Effects on Man relating to estimates concerning radiation belts formed worldwide after the nuclear testing being done in the 50's:

Remember this circulation of radiation which would last 20-30 days is cumulative. Every bomb detonated would contribute to it. And it would continually fall out of the atmosphere to the ground below. This is the radiation hazard the designers of your civil defense system were building to accommodate. All the atmospheric radiation for every bomb detonated worldwide would be circulating for up to a month after the nuclear war they were trying to plan for.

This is the history of what the system was designed to handle. The question of did they overestimate, thankfully we don't know. Any guess there would be speculation.

Yes, the effect of radiation was significantly over-estimated (it still is by most people). But it was still bad enough to ruin quite a few days.

As far as I know, none of this was significantly mis-estimated. (Hint: it was really bad for people within a mile or so of ground zero.) What did turn out to be overestimated was long-term effects of radiation such as cancers in later life for people who were nearby and survived the blast and its immediate effects or who were more distant.

As far the as the huge doors go, they would appear to be primarily aimed at preventing blast damage. Assuming they were well-engineered, they'd probably work pretty well.

Once the blast and its immediate effects are over, residual radiation declines rapidly -- it has to, because high radiation means a rapid rate of radioactive decays which means a short half-life.

But to be clear, what's left is still very dangerous! (If I were close to ground zero in an attack, my own preference would probably be to stay in the shelter for up to a week and then get out and try to get out of town.)

All in all, what you describe sounds like the sort of panicky over-reaction we saw in the US in the 50s and 60s, but with a bigger budget behind it.

Not the answer you're looking for? Browse other questions tagged military war cold-war nuclear-weapons or ask your own question.