Identify the circa 1920 uniform in this photo 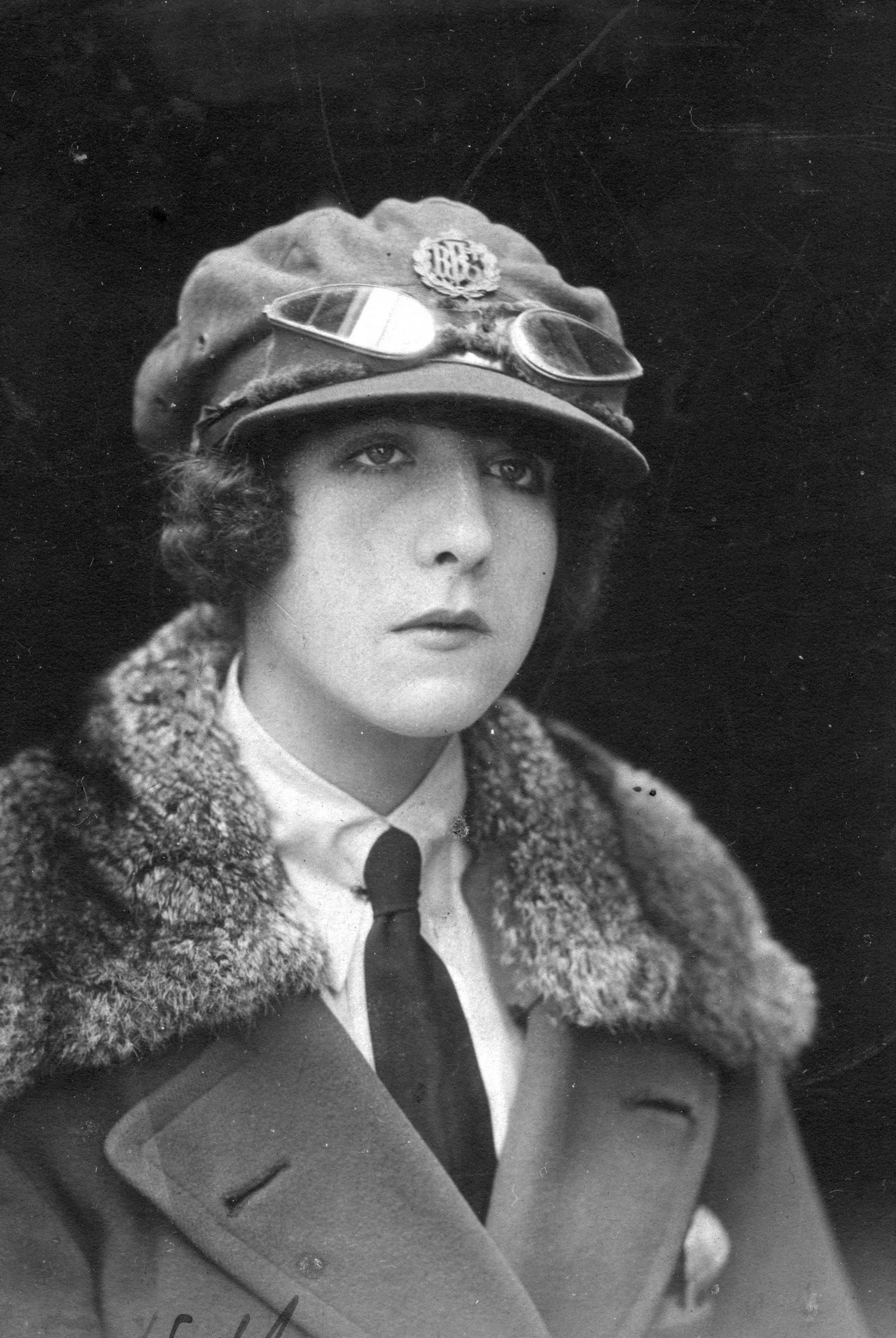 The photo is dated 1920. Quality isn't brilliant, but we need the uniform information for the family tree. The lady would have been 22 in 1920. Birthplace was London. Nationality: British. Traveled extensively later so we thought she may have been in the forces. Settled in Australia.

The writing at the bottom is sending the photo from Grace (lady in photo) with best wishes to her sister Lizzie. 1920. Full name is GRACE HALL. Do not confuse with famous American woman pilot.

Probably too early, 1920, for a lady pilot in the UK but likely to be for a motorcycle.

For the visually impaired or thing like search engines, I am going to try to describe what we visually see:

Found it. This is an RFC or Royal Flying Corp cap badge. I thought the picture was showing BBS but it's not. The angle, the quality of the picture and the loop for securing it to the bonnet was throwing me off. The women of the WAAC were often given the RFC badge when attached to airbases. These women were given the opportunity to travel to air bases in France and Germany. I'd also suspect other parts of the world where war time operations were funneled from. These women preformed non-combatant tasks such as typing, and factory/mechanical work; they also had tasks in cooking, cleaning, laundry, etc. 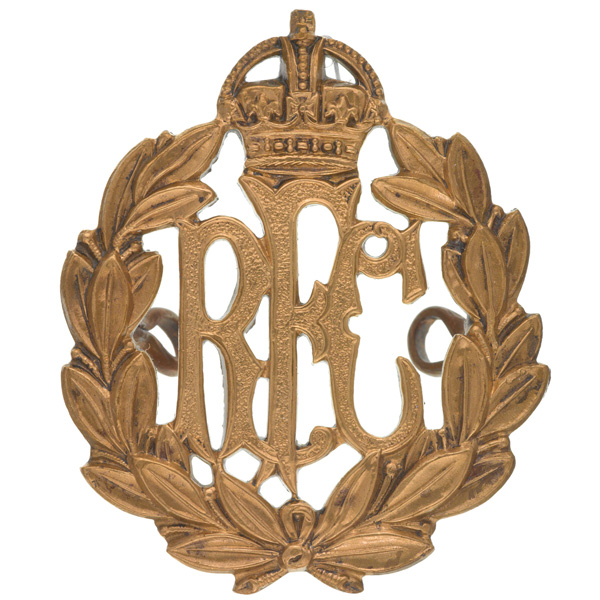 Here is a woman from the WAAC. You will notice that while you can't read the cap badge that the undershirt and tie match the picture. So does the coat with the exception of the added fur lining. The second picture has the same coat. 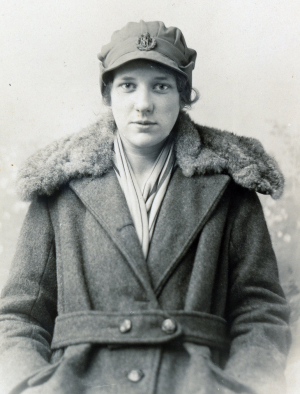 Here is a picture of a woman who has similar goggles on sitting on a motorcycle with Royal Flying Corps badge on her shoulder. This leads me to believe she either transported mail or lightweight goods around bases. 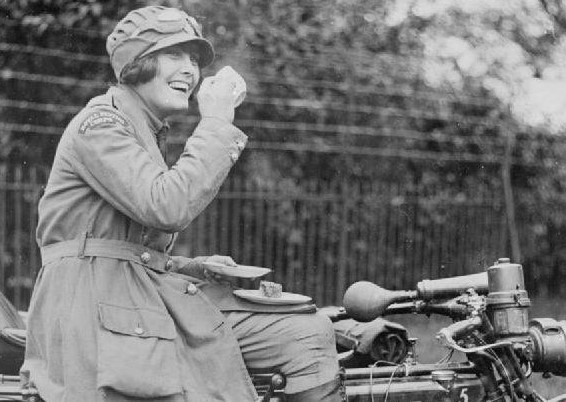 The Foundation of the RFC

This link shows that WAAC worked very closely with the RFC. They even traveled to Germany and France to assist on air bases Women of the RFC

More info on the WAAC

Not the answer you're looking for? Browse other questions tagged identification uniform 1920s or ask your own question.