Can anyone tell me anything about the markings on these shell casings?

These shell casings have been passed down. Can anyone tell me anything about the markings? 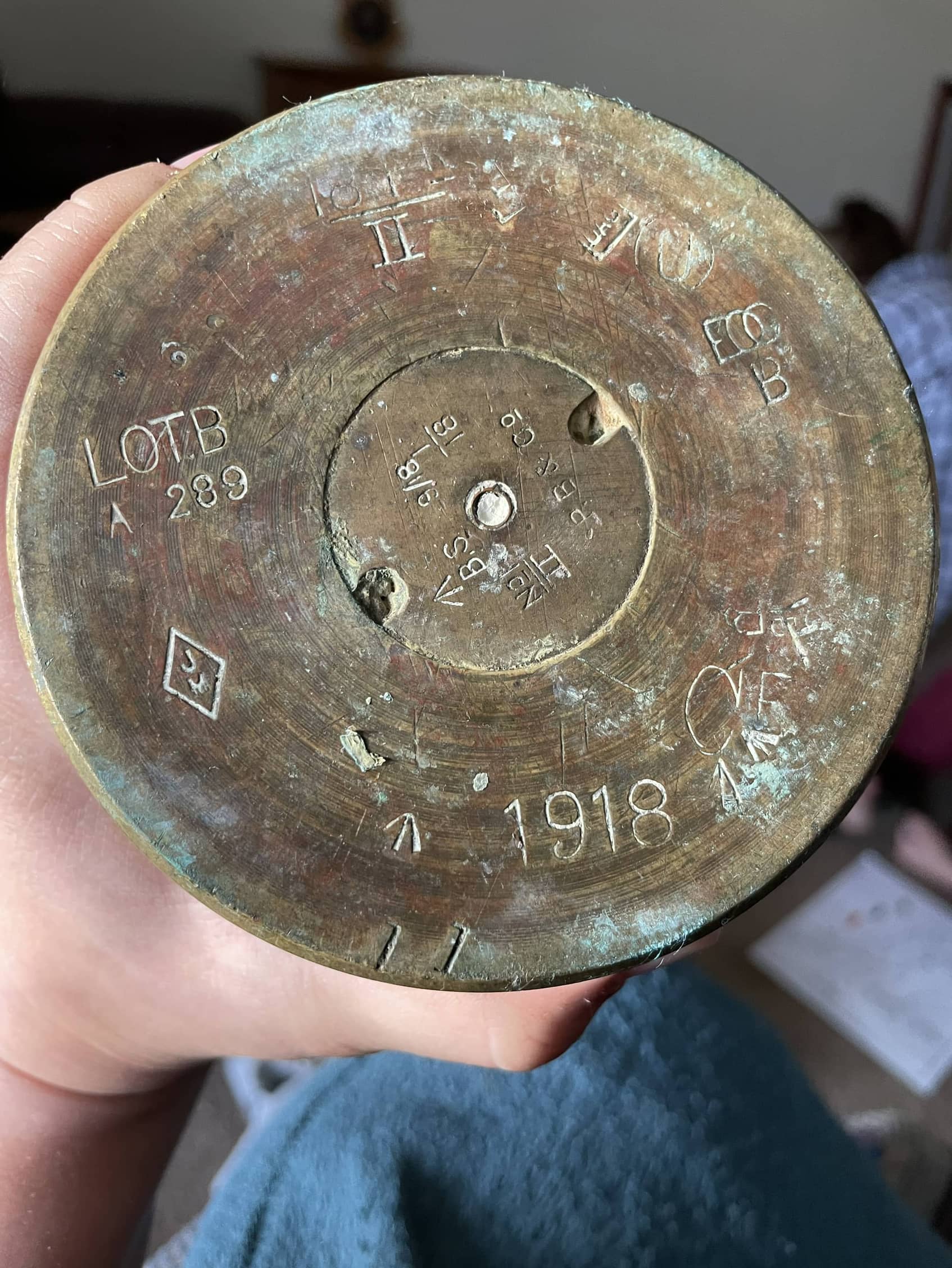 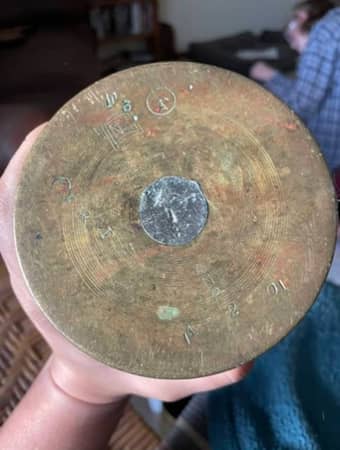 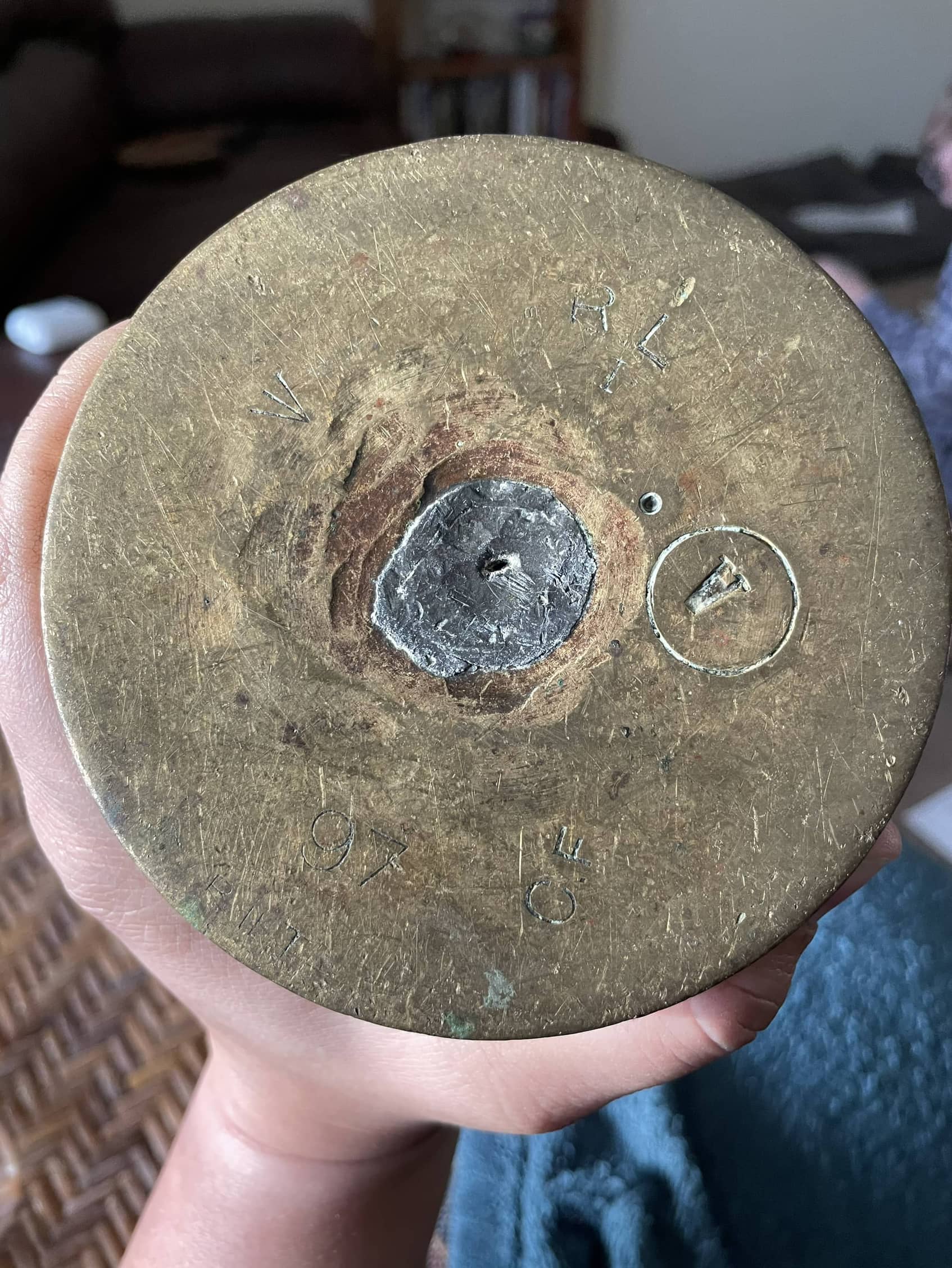 While we wait for more detail I did find some interesting diagrams that should help you.

I can tell you that the EOC is for British, Elswick Ordnance Company made the first shell.

EOC's main customer was the British Government during WW1. If it was stamped EOC it would have been used by the Brits, otherwise it was stamped with W.G. Armstrong if it was exported to other countries.

So your top picture looks like a shell from 1918, made by EOC in Lot 289. The three lines coming to a point on the left says it was used in service. I can't make out the caliber at the top above the Roman Numeral 2 real well but it looks like an 18 pounder. The C.F. means it was filled with Cordite and a full charge, the bottom picture is the same filling and charge. The A in the circle is the annealing stamp, the JM in the triangle is the scleroscope and mercurous nitrate test stamp. Some of the stamps that are in the picture but aren't on the shell are due to the fact that this shell was probably only used once. 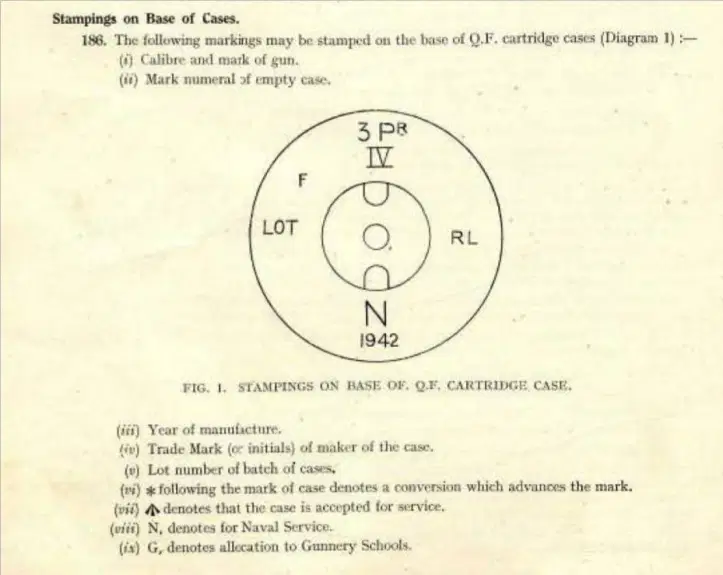 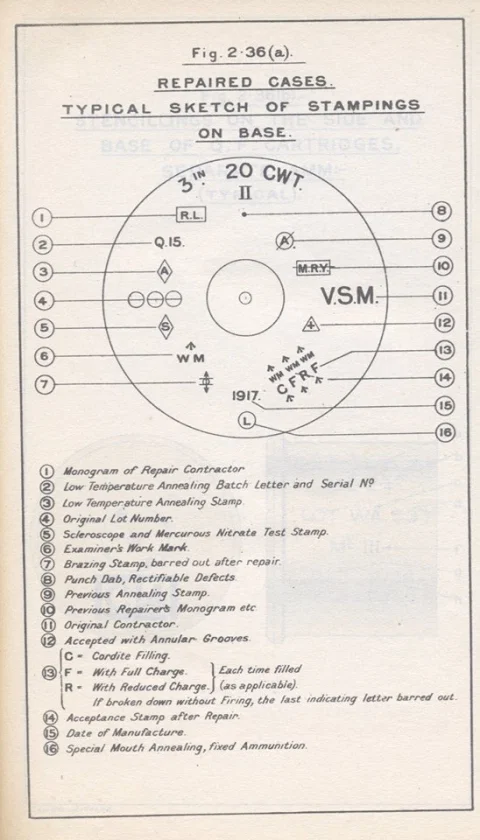 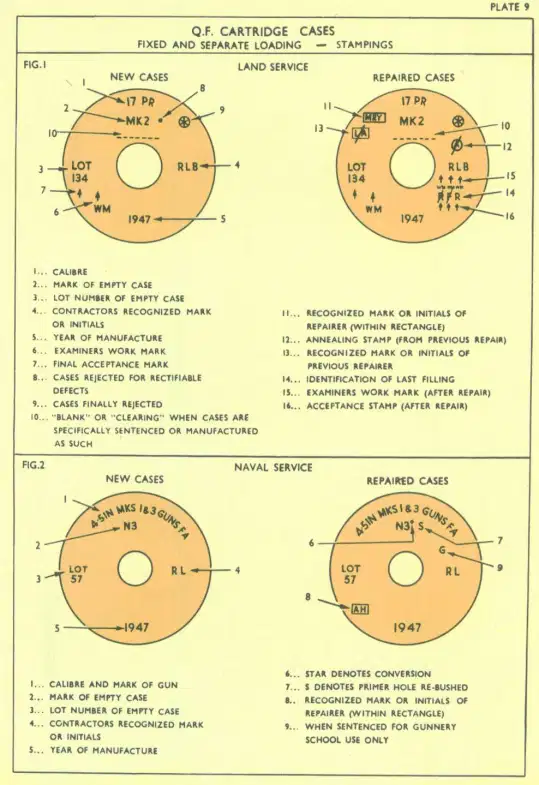 I'll keep researching for the other two but some of the markings seem to fit on those as well and the second picture is hard to make out.

Update It seems like the lower one was manufactured in 1897 by Royal Laboratories (RL) and filled with Cordite to a full charge. The A in the Circle is the Annealing stamp.

Speculation : It looks like the lower two had their primers removed the bottom one looks like some one cut it out.

(Figured some random guy wouldn't do so I linked a little info about the source. He's a historian that works on a lot of things but is known for his consultation on History Channel.)

3
Can anyone tell me anything about this sword?
4
What can I learn from these WW1 shell cases?
7
Can anyone confirm the identity of these WWI uniforms?
5
Can anyone identify these swords with carved ivory grip and narrow guard
2
What's the history of this mortar shell?
1
Can anyone tell me if this is legit WW2 Nazi ring?
4
Can anyone help identify this World War One uniform?
3
Identify tank or artillery shell