Has this rock been engineered by humans and, if so, what was its use?

I found this rock in my garden (Cheshire, UK) and wondered whether it had been fashioned by humans for some use. If so what was it used for and what is its history?

The two largest holes on either side go right through, almost like a bead. It seemed too specific to have happened naturally.

The outside of the rock is quite smooth though it has some small holes in addition to the larger ones. These could be weathering. It is quite light, though it feels solid. Definitely feels and sounds like rock rather than a seed pod or other organic material. Light brown, orange in colour. The hole through the centre is not entirely smooth, though it is very nearly a straight line.

Thanks for your help! 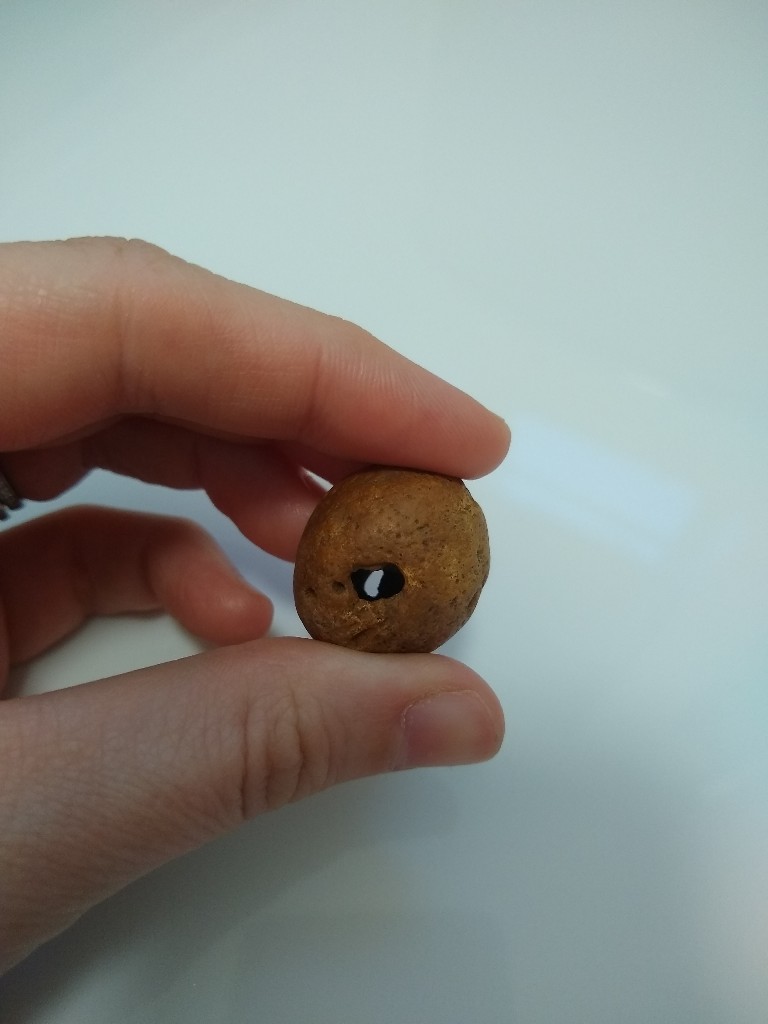 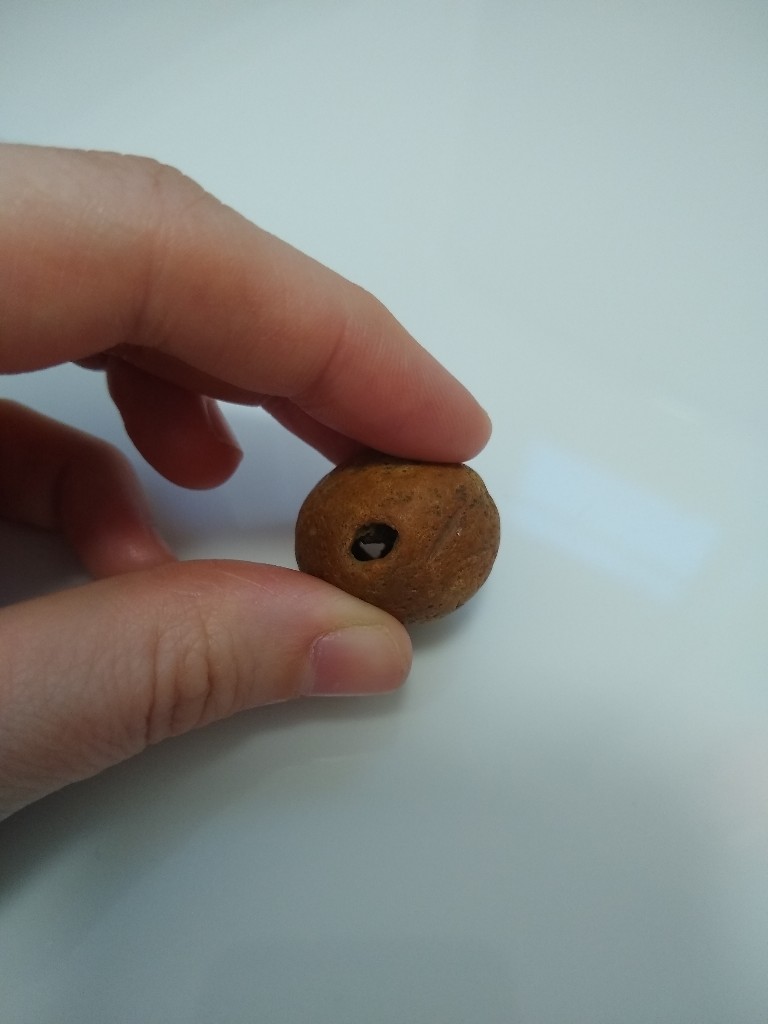 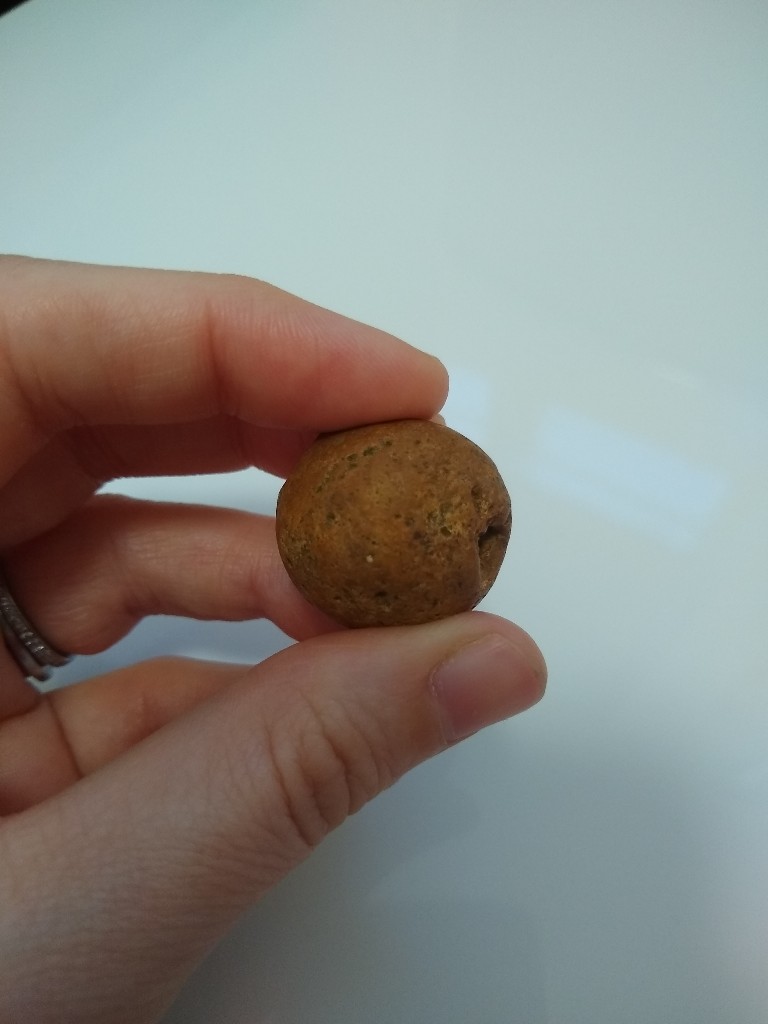 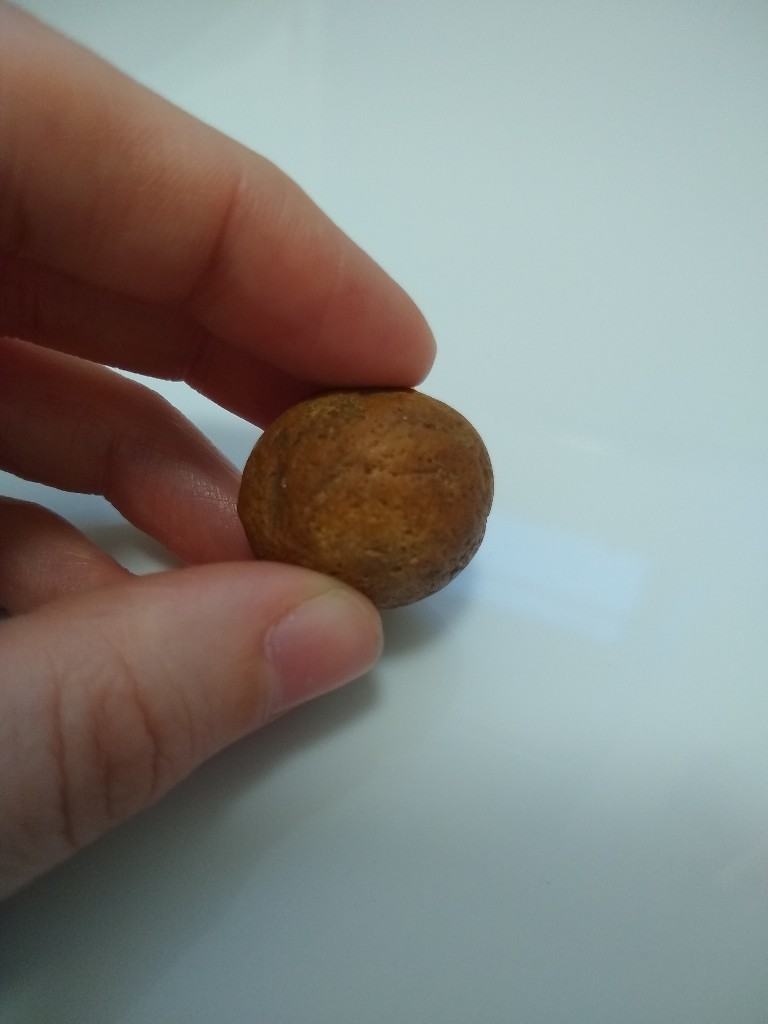 The kindly Deputy Head of Collections at Manchester Museum took a look at my stone and gave the following response.

Your 'bead' is almost certainly a fossil called porosphaera globularis. There has been some discussion as to whether they were used as beads in prehistoric times, several hundred thousand years ago. Fossils re-used in this way often have rounded perforations where the cord on which they were suspended abraded the stone matrix. Sometimes it is possible to see wear marks and depressions caused by the adjacent beads on the cord rubbing against each other. However, as far as I can see such re-use is mainly found in southeast Britain and on the Continent, probably because at the time northern Britain was simply too cold because of the impact of the Ice Ages. I suspect your example is a fossil because the perforations are rough and not rounded as you might expect is a cord had abraded the stone. There isn't any sign of cupping or depressions where any other beads might have rubbed against this bead if it had been suspended on a cord. Your example too, being found in the northwest is outside the region where re-used fossil beads have been found. For these reasons, I am confident that your example is, therefore, a fossil and has not been used in the past by early human beings such as Homo heidelbergensis.

I'm pretty sure that if asked I may say it was used as jewellery though...whoever let the truth get in the way of a good story!

Thanks for your help all.

Not the answer you're looking for? Browse other questions tagged identification united-kingdom archaeology or ask your own question.

12
What flag has a blue-grey background and an orange-outlined green cross?
1
What kind of knife is this and where is it from?
2
What was this building and what happend to it?
18
What ship is this and which military campaign?
15
What is this metallic object with teeth in mouth, screw to tighten and a handle?
1
Why does the Canadian Air Force name its ranks like its Army, whilst the Australian and New Zealand Air Forces use the Royal Air Force's?
0
What are this uniform and these medals?
0
What uniform is this? May have been Crimea war and from Scotland