Can anyone help me identify this Coat of Arms?

Can anyone help me identify this coat of arms? As far as I can identify, there are 2 Lion Rampant regardant. A Pelican in her nest, a crown, a shield with stars. It is on a small galleried tray that I purchased in France. There are no markings on the back. 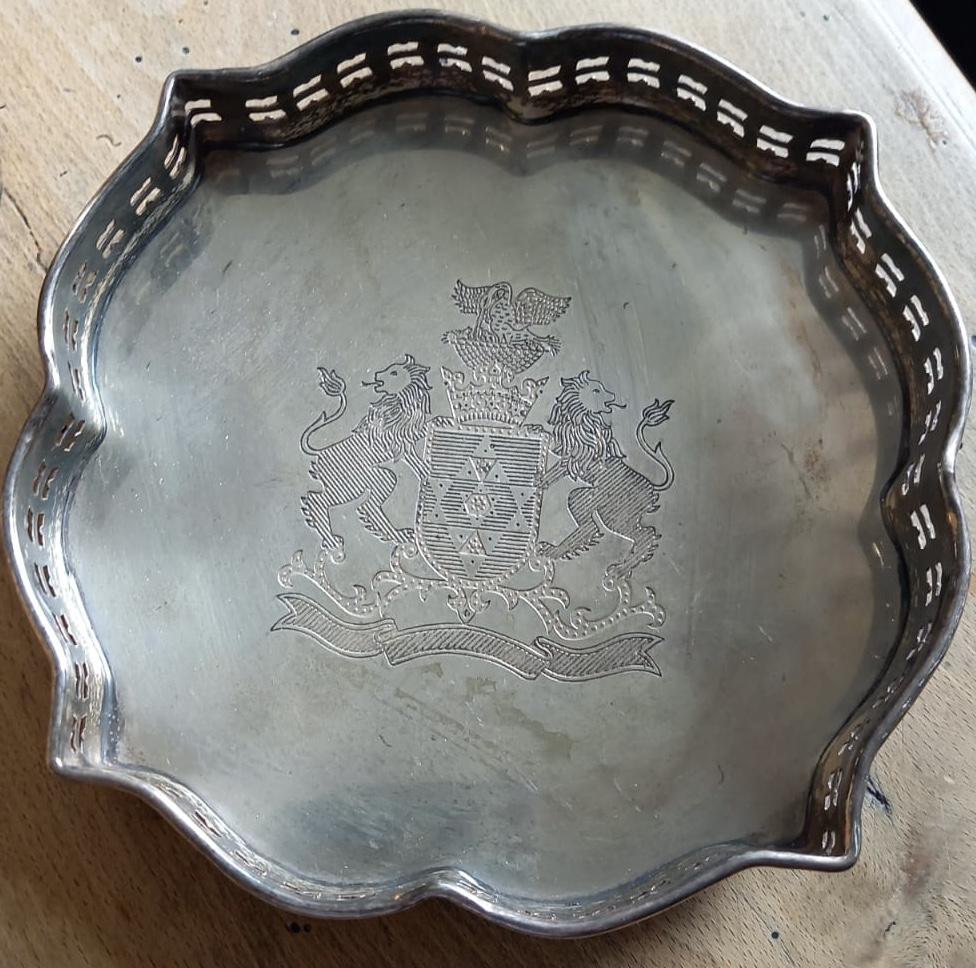 My answer uses heraldic terminology in the English language.

Technically only the shield and the design on it is a coat of arms.

The ribbon like shape below the shield is a scroll, and a motto would usually be put on a scroll.

The two lions on teh sides of the sield are called supportrs because they hold onto the shield and support it.

The pelican in its nest is usally called "a pelican in her piety", wounding herself so that her hatchlings can feed on the blood. Being on top of the coronet or helmet makes the pelican a crest.

Identifying the type of coronet used could identify the rank claimed for the user of the coat of arms.

If the coat of arms can be described in heraldic language, or blazoned, someone could search for a coat of arms matching that blazon.

According to the rule of tincture inh eraldry, a charge should be one of the "metals" - Or (gold/yellow) or Argent (silver/white) - if it is placed on a field of one of the heraldic colors - red, green, blue, purple, or black.

Since the field is very probably blue, the charge should be either white or yellow.

And if you can add a better picture of the charge on the coat of arms, maybe someone can didentify it and make a full blazon of the coat of arms in English or some other language and search online for it.

Not the answer you're looking for? Browse other questions tagged europe identification monarchy heraldry silver or ask your own question.