How did the Church of England view the local legend and festivities surrounding Gog and Magog?

From multiple sources I've read of legends regarding one or two giants, Gogmagog or Gog and Magog. It appears in Irish and English folklore, as well as other regional tales.

Gogmagog was a legendary giant in Welsh and later English mythology. According to Geoffrey of Monmouth's Historia Regum Britanniae ("The History of The Kings of Britain", 12th century), he was a giant inhabitant of Albion, thrown off a cliff during a wrestling match with Corineus (a companion of Brutus of Troy). Gogmagog was the last of the Giants found by Brutus and his men inhabiting the land of Albion. https://en.m.wikipedia.org/wiki/Gogmagog_(giant)

Moreover, it also appears in biblical texts as an antagonist against God's people.

When the thousand years are over, Satan will be released from his prison and will go out to deceive the nations in the four corners of the Earth—Gog and Magog—and to gather them for battle. In number they are like the sand on the seashore. [Revelation 20:7-10] https://www.biblica.com/bible/?osis=niv:Revelation%2020:7%E2%80%9310

An annual festival in England, called the Lord Mayor's Show, parades effigies of Gog and Magog through the City of London. The show dates back to the 16th century.

The Lord Mayor's Show is one of the best-known annual events in London as well as one of the longest-established, dating back to the 16th century. ... The Lord Mayor's Show is centred on a street parade, which in its modern form is a light-hearted combination of traditional British pageantry and elements of carnival. ... Gog and Magog are two woven willow giant reproductions of a pair of statues in the Guildhall. These popular icons reflect the pre-Roman legendary past of the City of London and they too are paraded by volunteers from The Guild of Young Freemen each year. https://en.m.wikipedia.org/wiki/Lord_Mayor%27s_Show 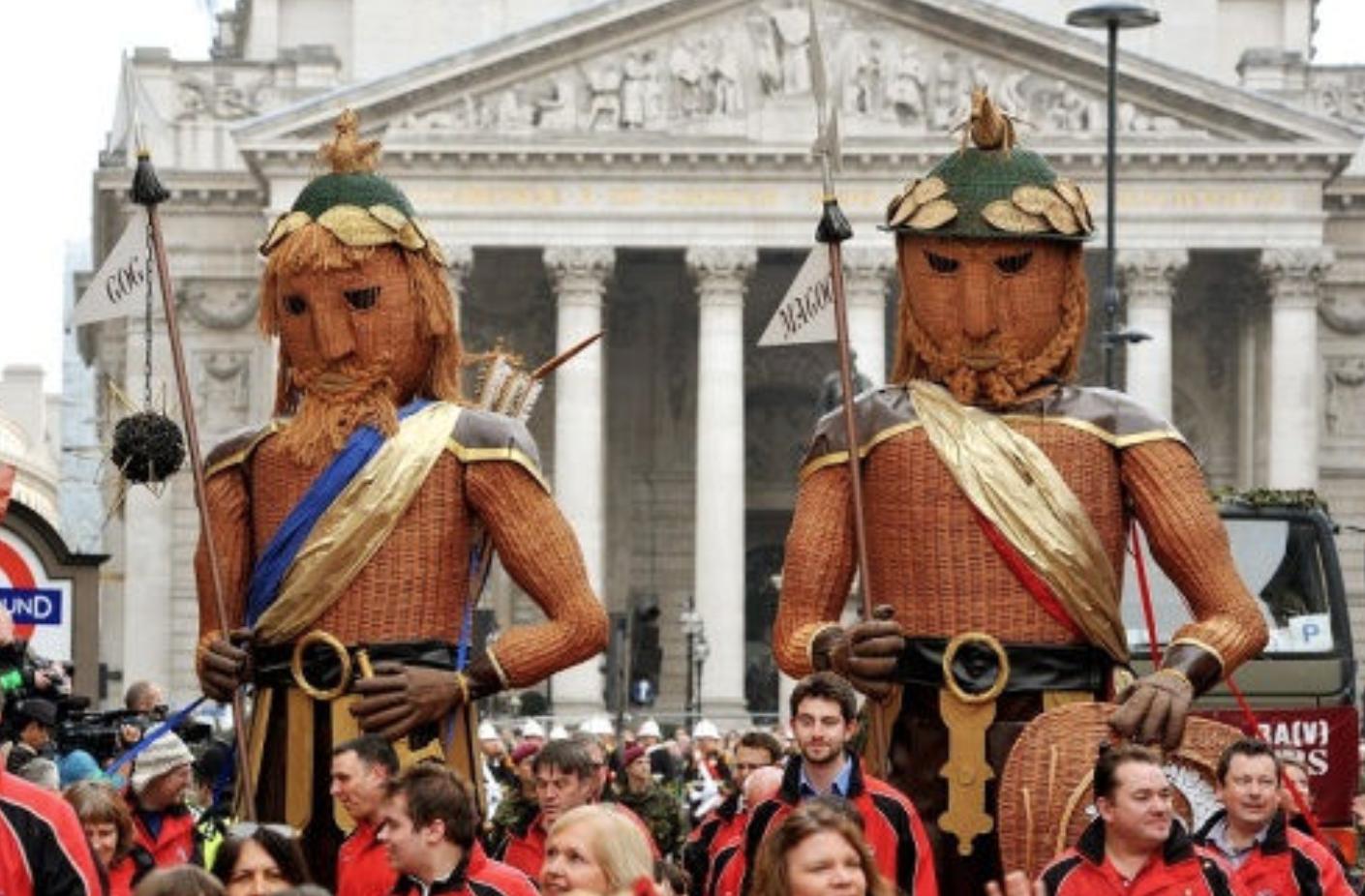 Statues of Gog and Magog can be found throughout the city, notably at the Guildhall (built in 1440) where they are described as the Guardians of the City of London.

Two giants, Gog and Magog, are associated with Guildhall. 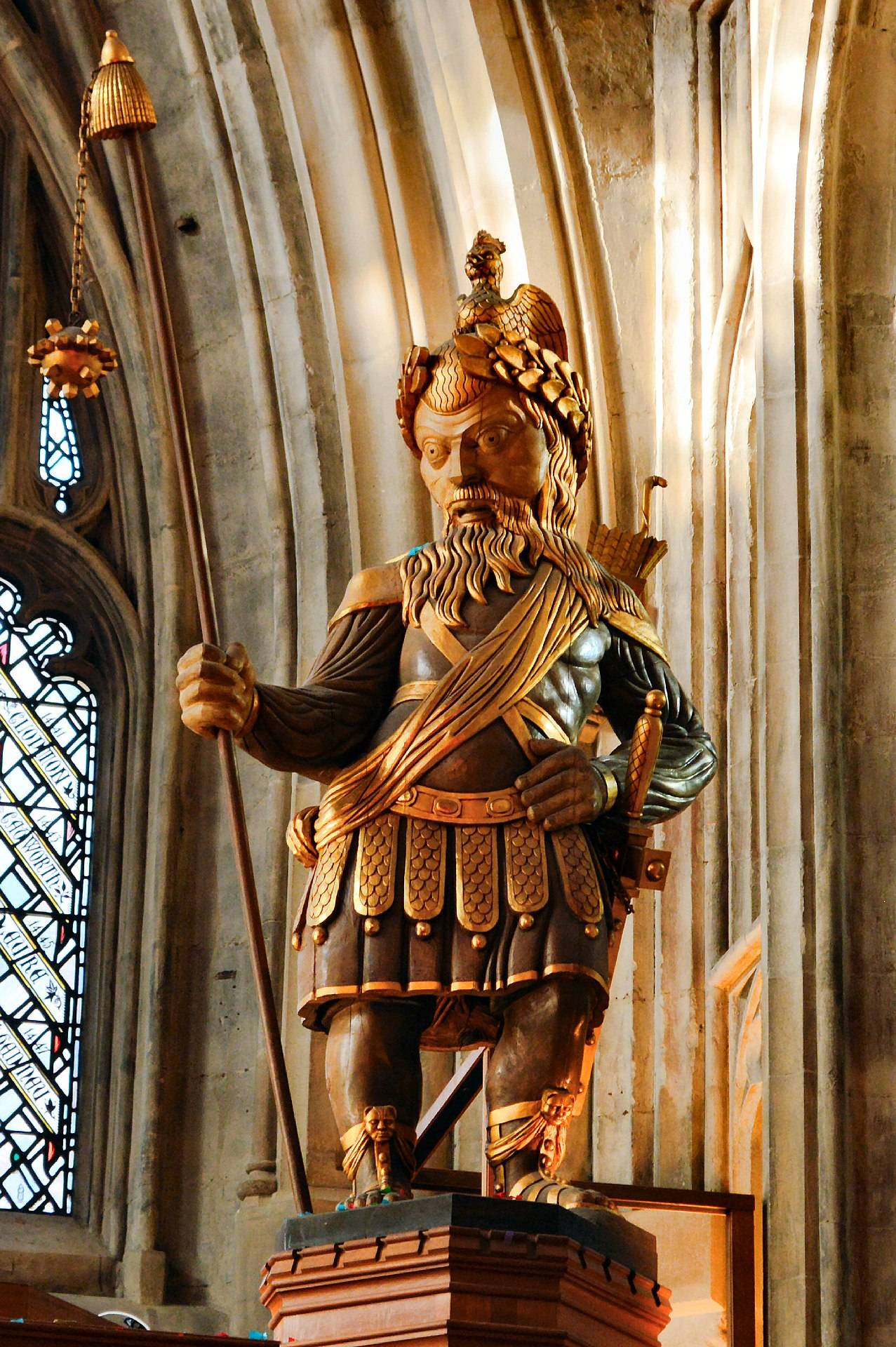 How did the Church of England view these events which involves parading (pagan era) effigies of Gog and Magog?

Although there doesn't appear to be any relation of the legend to the Biblical narrative, I would've still expected the Church (at least in the 16th century) to view these with contempt, issue an edict against them, or ban them altogether. But I have been unable to source any such proclamation. In fact, I haven't been able to find ANY information on the Church's interaction with the legends or the festivals.

I would've still expected the Church (at least in the 16th century) to view these with contempt, issue an edict against it, or ban it altogether.

The Church of England does not seem to have ever taken the Book of Revelation terribly seriously. The modern-day Church regards it as "difficult to interpret" and doesn't try. It has never embraced biblical inerrancy as doctrine, let alone infallibility or literalism.

The kinds of interpretative frameworks that attempt to find meanings for everything in the Bible, or forecast the end times in detail, are utterly alien to the Church of England. Its historical role has been to provide for the basic religious needs of everyone who comes to it, and that simply isn't compatible with taking positions on legendary creatures that are possibly named after things in the Bible, but have no plausible connection with them.

Another example: the Gog Magog Hills's name is first attested in 1574.

Not the answer you're looking for? Browse other questions tagged england religious-history church folklore festival or ask your own question.

15
Why did the kingdoms of Scotland and England merge?
2
Did the Diggers view property as a sin?
6
When, and where, was the word 'Anglican' first used in the context of the Protestant Church of England?
23
How did succession in Anglo Saxon England work?
2
In medieval England was heresy dealt with in the king's courts or church courts?
8
What was the motivation for the Church of England to begin recording births, marriages and deaths in 1538?
1
Did the Celts come to England from France and Belgium?