What type of uniform and cap emblem could my great grandfather be wearing? We have been told that it is maybe a Cossack

This picture was given to me and I was told it was the only picture we have of our great grandfather. He looks quite young in the photo (maybe around 15-16, he was born about 1878). My guess is this was taken around 1895-1900. We have no real papers on when he came to the US except on his census that states he arrived around 1900. It only states he was from ‘Russia’. We would love to find more about him, as he abandoned his wife and 8 children in 1924 and there was never a trace of him after that. 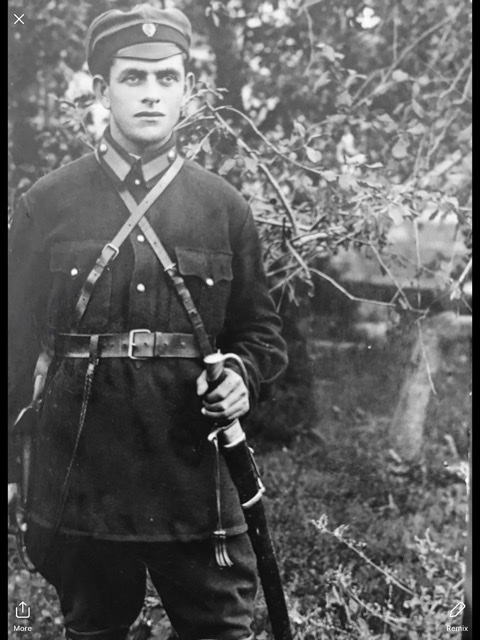 Browse other questions tagged russia identification uniform or ask your own question.

20
When did Josef Wissarionowitsch become “sexy” Stalin?
11
Who is this, probably royal, teenager?
4
Can anyone help identify this French military uniform?
7
What uniform is my Cossack great great grandfather wearing?
7
Can anyone identify this possibly Czechoslovak uniform?
6
Identify male uniform 1860-80 north Central Europe single breast trouser boot round cap
16
What uniform are these gentlemen wearing?
8
What uniform is this (German/WW1?) and could a 15–16 year old be wearing it?
3
Can anyone help me identify my grandfather's uniform?
8
What regiment is this (~1826-1861) French cuirass cavalry uniform?