What ship is this in Sasebo, Japan Harbor, Korean War Era? 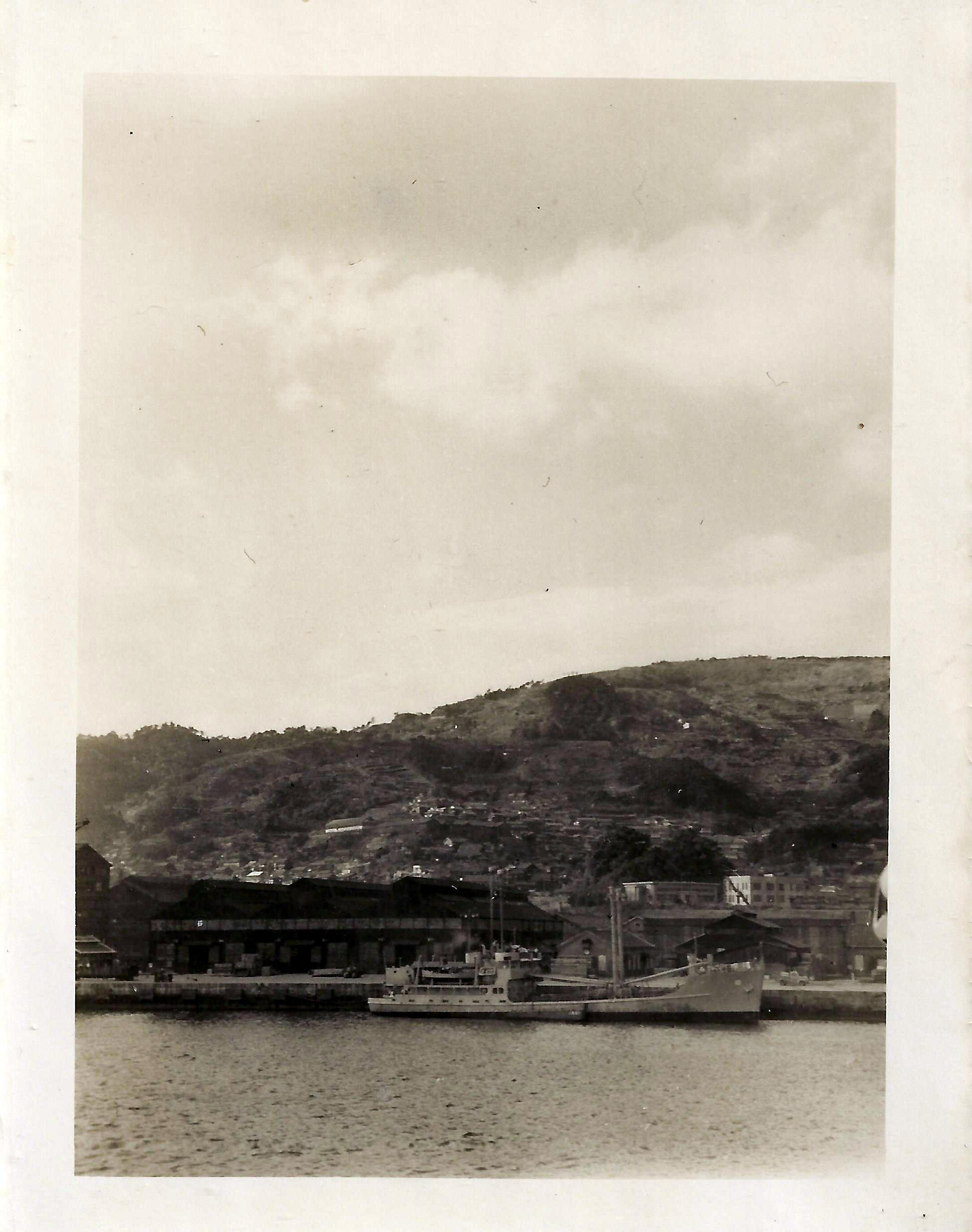 She started out her life as an Army freight-supply vessel in 1944. The US Navy acquired her in 1947 and she was commissioned as Miscellaneous Auxiliary USS Sharps (AG-139), and reclassified as a light cargo ship (AKL-10) in 1949.

The Sharps served in the Korean War earning three battle stars. The Sharps was decommissioned in 1955 and transferred to South Korea where it was commissioned as ROKS Kun San (AKL-908). 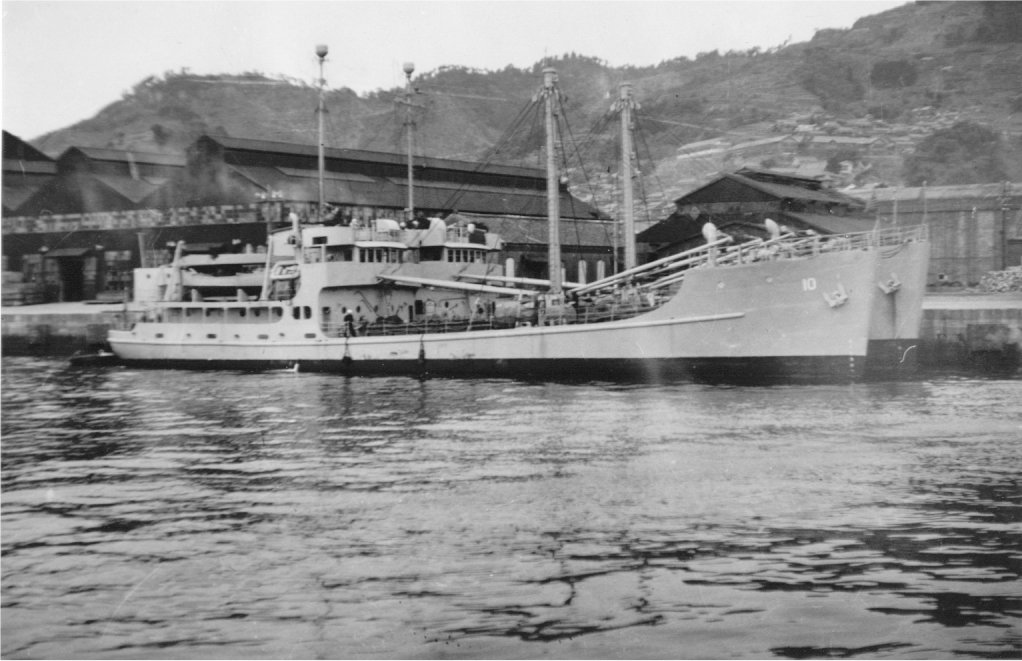 That appears to be a Bullfinch class mine sweeper/trawler of which there were 17 altogether. Source is Janes Fighting Ships 1942 and Janes Fighting Ships 1944-1945. All of the class were commissioned from civilian use in 1940. Most were built in the late 1920's into the late 1930's. These were all trawlers built mostly in New England with slight variations between each.

Since the photograph is at Sasebo, it is probably postwar. By that time there were only four or five still in commission, the rest having be stricken and sold off in 1944 -1945. Also of the 17 in the class only four were in the Pacific, the rest served as harbor minesweepers at ports on the US east coast. Superficial record search finds none of the Pacific stationed of this type venturing farther west than Iwo Jima but a photo at Sasebo would seem to belie that. Possibly transferred to Japanese or the South Koreans, but I've no information on that. 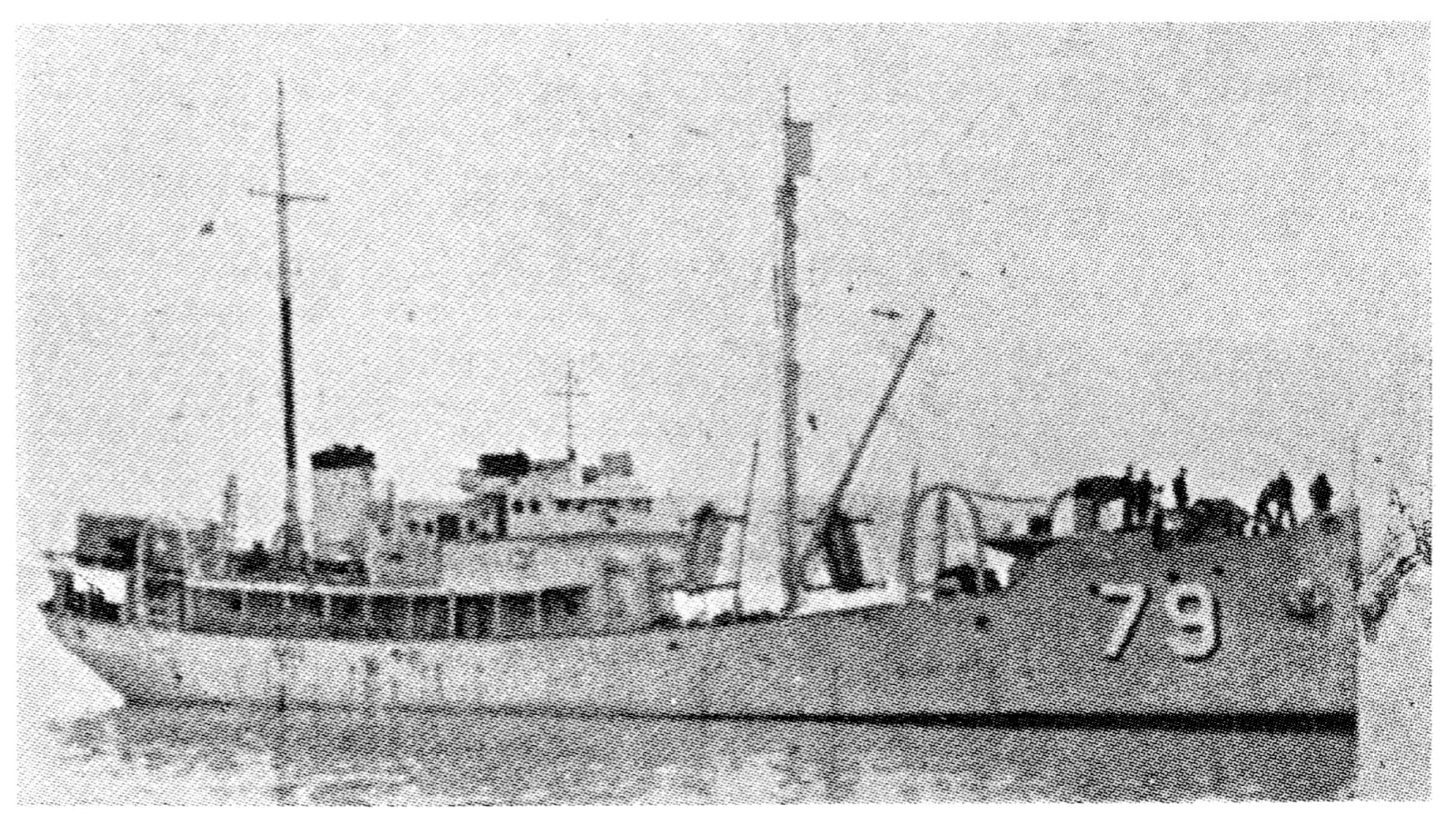 And I stand corrected, see User32229's answer. Thanks for the better eye than mine.

Not the answer you're looking for? Browse other questions tagged military japan naval ships korean-war or ask your own question.

16
Were there reasons for Japan to go to war with the US aside from the US owning Philippines?
12
Warship Identification Needed
111
On 1941 Dec 7, could Japan have targeted the Panama Canal instead of Pearl Harbor in a surprise attack?
11
Why was a small vessel tied to the deck of the USS Oriskany during scuttling?
0
How did the Chinese Civil War avoid becoming another Korean War?
3
How many men were lost on the USAT Arcata and was she loaded with troops when she was hit?
18
What ship is this and which military campaign?
8
Why did the Korean War result in a stalemate?
42
In the Battle of the Coral Sea, how could two Japanese scouts grossly mis-identify two American ships?
7
What did the Japanese military do to maintain their fighting edge during the Edo era/Bakufu (1603-1868)?