Was the town Jadovno near Gospić named after the concentration camp during World War 2, or was it the other way around?

The usual pattern is that a concentration camp was built a bit 'into the woods' and then named after the nearest town, village or geographical feature. (One exception may be "Arbeitsdorf", ie: 'labour village'.)

For Jadovno it is the exact same thing.

Jadovno is situated in the former županija Lika-Krbava (County). Which is and was quite thinly settled.

Serbian Wikipedia states that the camp "was built in the hamlet of Jadovno." 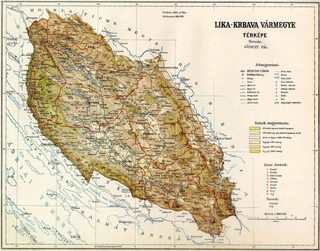 Jadovno belongs to Trnovac, and that unit's population development was as follows:

Not the answer you're looking for? Browse other questions tagged world-war-two fascism genocide the-balkans croatia or ask your own question.

12
Why did Algeria, Morocco and Tunisia remain loyal to France during and after World War II?
55
Why was Spanish Fascist dictatorship left in power after World War II?
2
What did the word "fascist" mean in an early 1930's novel set in Italy?
8
How accurate is Grossman's description of Nazi concentration camps?
20
Was Col. John K. Waters (Gen. Patton's son-in-law) wounded in the buttocks or the stomach during Patton's raid on Oflag XIII-B near Hammelburg?
4
Are these outfits of children of Nazis historically accurate, and if so, what is their meaning?
6
Did the US manage to eavesdrop on KMT communications during World War 2?
3
In what incident did a resistance press leak cause a concentration camp commander demotion?
4
Was game theory used during World War II?
4
After World War II, what happened to the Soviet industrial facilities that had been evacuated?