I have found this item and I'm wondering what it is, and what civilization it came from (if it's old); and if there are any simple methods to know how old it is or what it is made of. 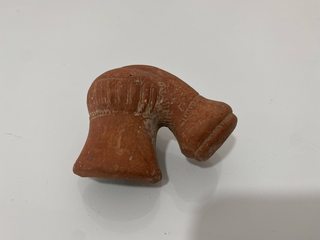 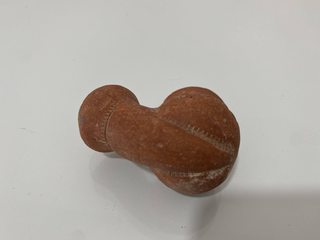 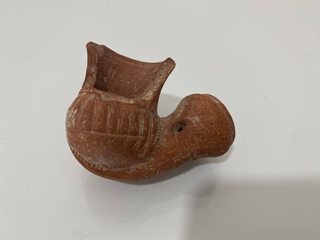 In all probability: this is a tobacco pipe bowl made from clay/ceramics. Probably it was glazed with some sort of faience when new. Made in Tunis workshops. The general style seems to be ubiquitous for Mediterranean clay pipes, especially form the Ottoman era. The 'Tunis' location is thus just a hint for localised production, but no guarantee.

The actual age is hard to ascertain from a photo alone. Below is one example picture with three of the numerous styles found for this basic appliance (more in the link given).

Qallaline potteries were in operation in Tunis from the late 16th century until the 1920s. The chibouk style tobacco pipe, called sebsi (p. sbesi) in Tunisia, is a bowl usually made of clay with separate stem and mouthpiece which was in use throughout the Mediterranean, becoming increasingly more common from the 17th to early 20th centuries. 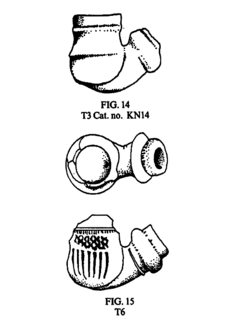 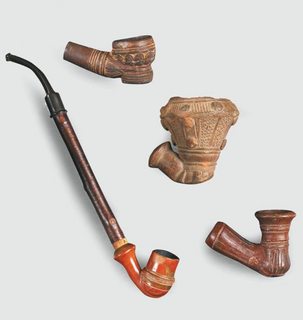 Note that "Qallaline" in the first quote denotes a type of glazed ceramics from Tunis, named so after a street in the city, therefore that's a toponym turned object-style-identifier, just like the word china is used for porcelain.

[…] These concerns are addressed particularly well by finds of utilitarian items such as a small assemblage of 21 clay pipes and three other smoking-related artifacts recently excavated from the ca. 1765 Sadana Island ship which sank at anchor while loaded with coffee, porcelain, qulal, and other goods. Analysis of the assemblage specifically contributes to questions of chronology and typology and presents new evidence for regionalism, style, and the impact of far-reaching trade routes on markets with a global perspective. 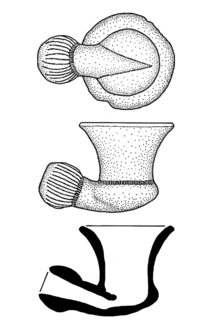 […] The fixed date for the shipwreck is a major contribution for clay tobacco pipes studies of the Ottoman Empire. […]

Aspects that may be speaking against this identification theory:

Both objections seem rather insignificant so far.

2
Has anybody a complete list of Obelisks in the World?
7
Formation of underground layers of Rome
4
How can a megalith be dated via the C14 method?
20
What is known about the Ubaid lizard-people figurines?
2
Troy: How could a city be built on top of an older one?
6
Are there any hypotheses on how the Dorset people disappeared?
6
What exactly is a Tang dynasty 壺 (pot)?