Can anyone tell me what military uniform this is?

This is my great grandfather and on the back of the picture it states "France 1913", I am restoring the picture, adding color, and need help identifying the uniform so I can make add the correct color. I couldn't seem to find that particular eagle cover emblem online, so any help would be greatly appreciated. Thank you 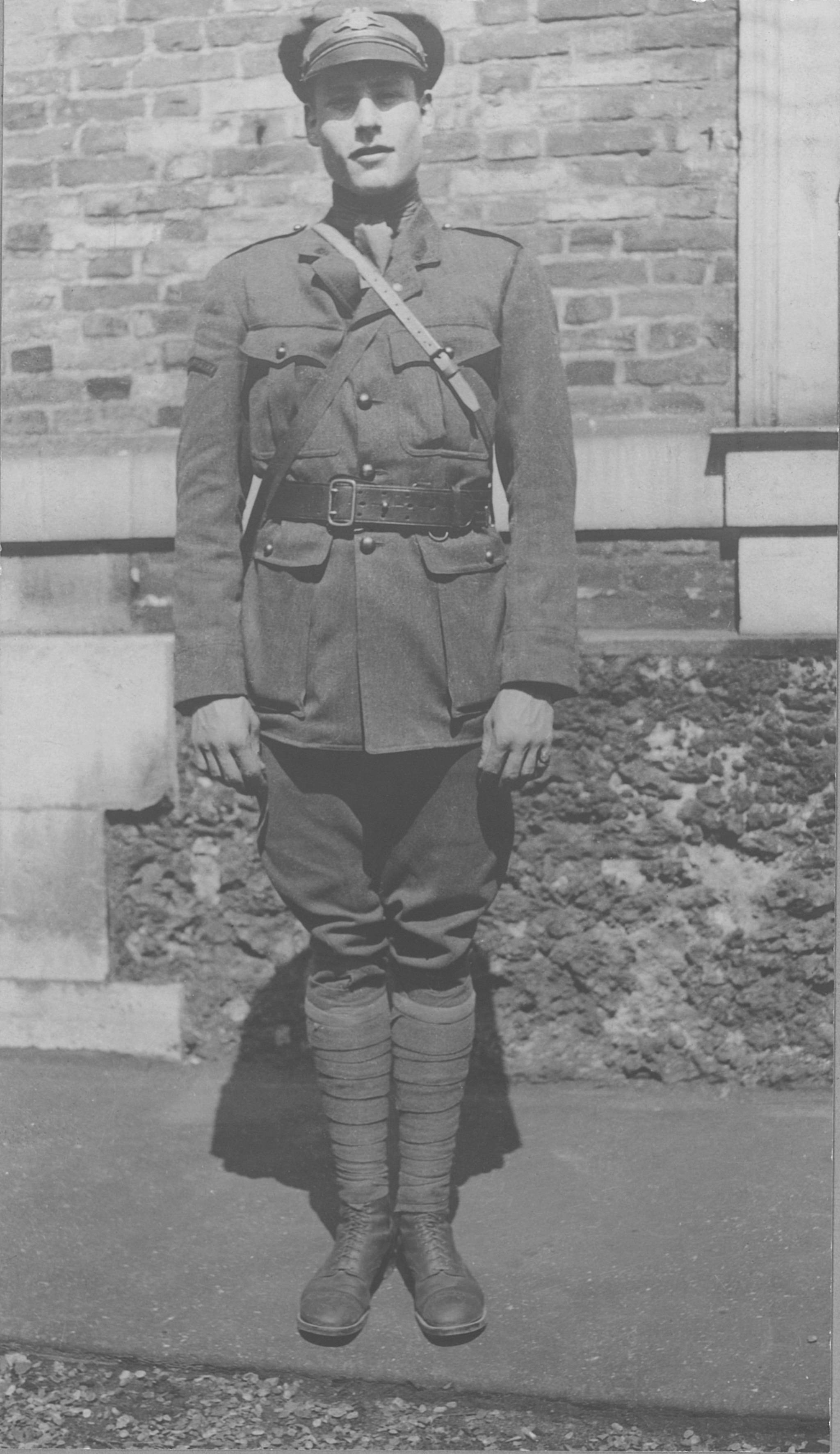 The cap badge, with a squared-off shield and an eagle above it, looks distinctively American - but it is not any US Army cap badge. It's not quite a US uniform, though - the more I look at it the less right my initial guess seemed.

From the explanatory comments:

From what my grandfather told me (he has lost much of his memory so his stories are often jumbled and hard to follow), John (the man in the picture) was too young to fight for the US, he went to France to fight. I can see this doesn't make much sense, but I found it interesting that there are no similar pictures floating around online

I think this is the clue we're looking for. A substantial number of Americans volunteered to join British, Canadian, or French forces - but they did so as members of those armies, in the uniforms of the relevant country. They wouldn't normally have distinctively US-looking cap badges.

However, there were a number of semi-official American volunteer medical units floating around between 1914 and 1917. While these were non-combatant units, they were in a combat zone and were generally seen as very dashing and heroic, and so attracted many young men as volunteers:

A principal source of recruitment for the services came from American colleges, with east coast Ivy League institutions such as Harvard, Yale, Princeton, Dartmouth, and Cornell well represented plus west coast universities such as University of California, Berkeley, and Stanford.

He appears to have served with the largest of these, the American Field Service, from the description of its uniform and a distinctive badge:

...special uniforms and insignia had to be provided, which also should not cause confusion among the myriad uniforms of the Allied forces. The color selected was khaki --- that of the American Army --- but the tunics were designed upon a more comfortable and practical model, with an open roll collar and bellows pockets. The French Army authorized as insignia on the coat-collar the grenades of the French Automobile Service [...] On the left sleeve was sewed an embroidered strip bearing the words "American Field Service."

The headgear was either a khaki visored cap, or a khaki bonnet-de-police, upon the front of which was a bronze device representing the American eagle holding a shield bearing the Stars and Stripes, and crossed by a ribbon with the words "American Field Service." 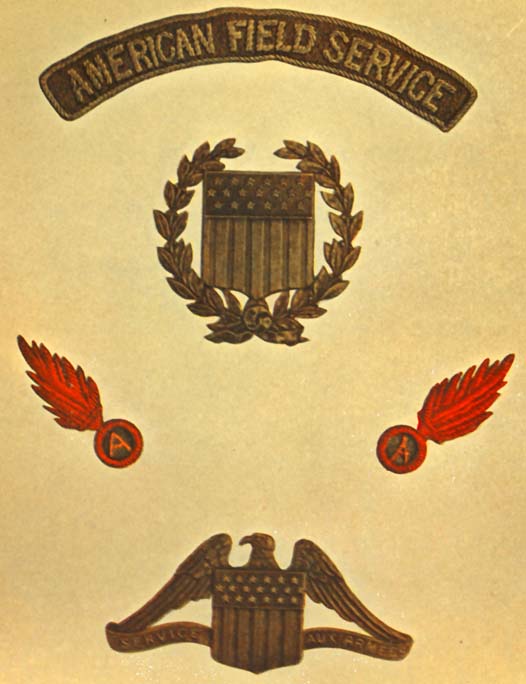 We can see a close match between the (lower) badge here and the cap badge in the photo; the turned-down wings and ribbon are very distinctive. The photo also seems to show the grenade patches on the collar, and the uniform has the open collar and pockets mentioned by the description.

So this looks very likely to be the uniform of a volunteer in one of the American Field Service ambulance units. And to answer your underlying question: apparently a khaki cloth.

The caption of "France 1913" is, I would guess, almost certainly a mistake by whoever added the note - the units did not exist then because the war hadn't started yet! It might be that he actually went to France in 1913 - many of the early volunteers were men who for some reason were in France at the outbreak of war - or that someone was adding the caption much later, remembered it was WWI, and just forgot what year the war started...

Please check this out as well: WAR EAGLE