Can anyone help identify this uniform /person?

We have found this old photograph among some family records but have no idea who it is of. Can anyone identify the uniform .... We would love to know who the person is but doubt will be that lucky in identifying them! 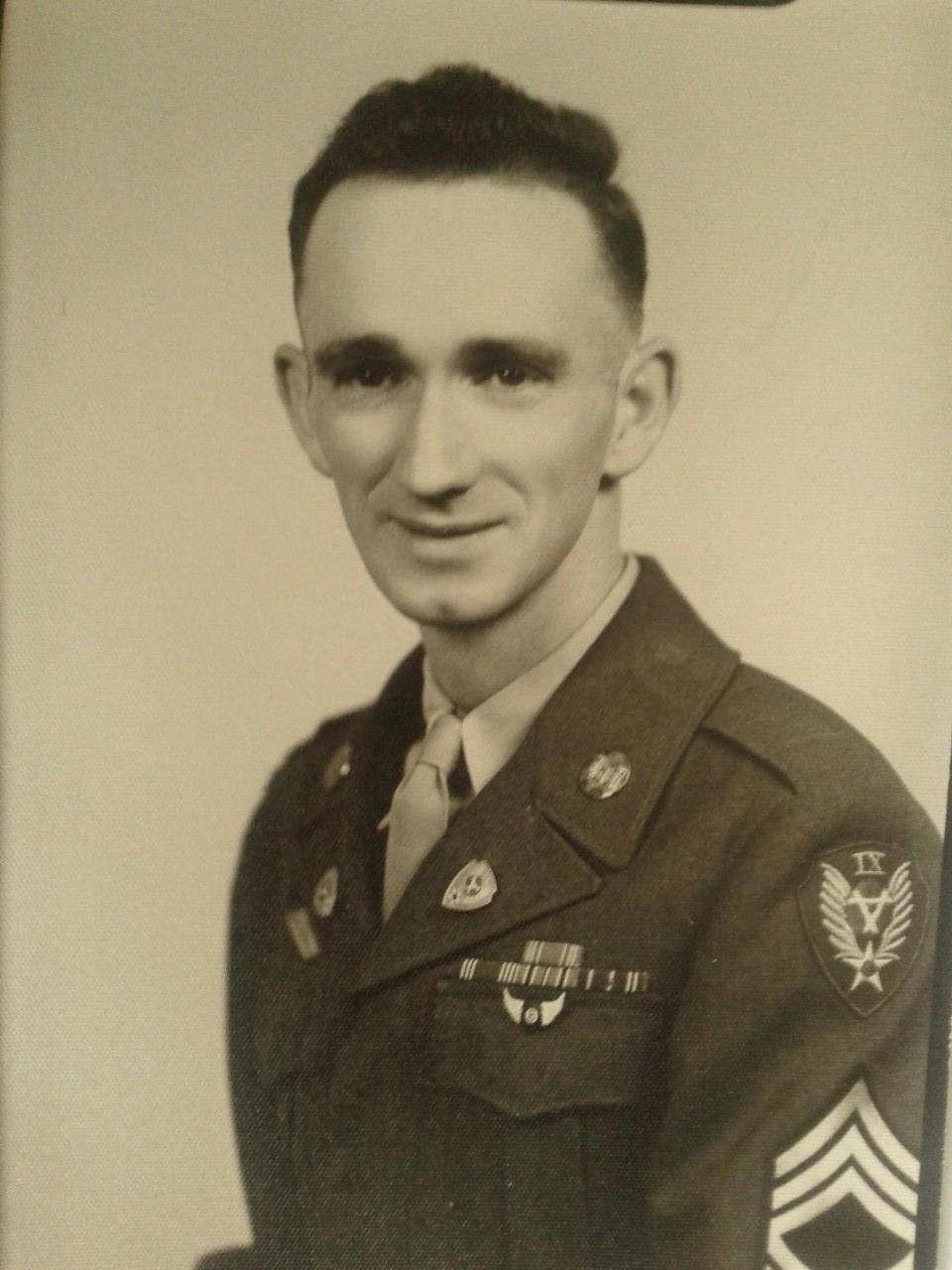 This is an American NCO of an Air Force civil engineering unit, probably taken somewhere in Europe in 1944-45.

The rank badge on his arm indicates he is a Master Sergeant or Technical Sergeant (either three or two stripes at the bottom, but we can't see which); this is a senior non-commissioned officer. The badge on the upper part of his lapel is a bit fuzzy, but seems to match the "castle" branch insignia used by the Corps of Engineers, which makes sense given his posting.

The medal ribbons are difficult to work out in monochrome, but I make the lower left one the Army version of the Good Conduct Medal - the Air Force was not an independent service yet so he would have recieved Army awards. The middle one is possibly the Asiatic-Pacific Campaign Medal or the American Campaign Medal - it's hard to be sure if the background is yellow or pale blue - and the right one the European/African/Middle Eastern Campaign Medal with one pip in the middle, indicating participation in one campaign. These campaign ribbons were awarded throughout the war. I'm not sure about the top one.

The EAME ribbon with a pip suggests he had served in at least one field campaign. This would suggest the photo was taken after IX Engineer Command had moved to France and started constructing airfields there - I think if he had stayed in the UK, he would have been eligible for the ribbon but not the campaign marker.

He doesn't seem to be wearing the World War II Victory Medal, which he presumably would be expected to recieve, so this suggests it was before that had been issued - the war was not yet over, or it was over so recently that no-one had got the ribbons yet. However, it might be that the top one is the Victory Medal after all - I don't think the colour looks right, but it would fit with the multiple stripes. If so, this would suggest the photo was taken in late 1945.

Not the answer you're looking for? Browse other questions tagged military identification uniform photograph or ask your own question.