How were Cumans physically?

I usually find pictures of Cumans or Kipchaks (I know they are not exactly the same, but they were strongly related) wearing full armor and full helmets with a face mask on it.

If someone has pictures from some references will be also very good.

As far as the masks go, it does appear that there was a cultural fashion among the steppe nomads of that time to use face masks with facial features on their helmets. Also the only two we have from that period with that kind of stylized mustaches do appear to most likely be Cuman. These are the helmet finds in Lipovets and Kovali, both from 12-13th century Ukraine.* 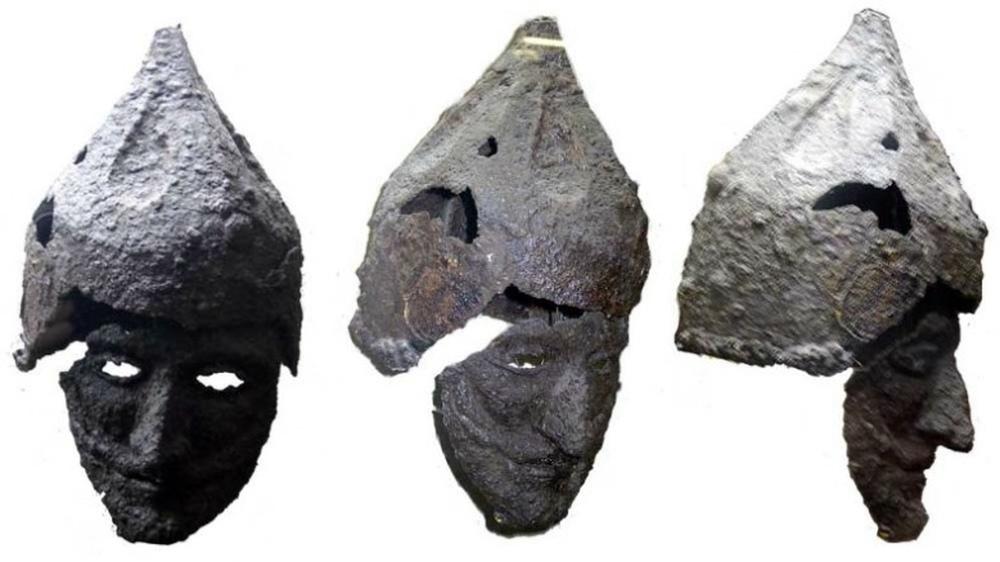 There were several more masks found without the fan-favorite mustache that may or may not have been Cuman, and a few mustached masks from the post-Cuman era.

Now would this have been the helmet of a common soldier, or just an unusually high-ranking or rich one? We aren't really sure, but its right to be suspicious on this point. If nothing else, you'd think if they were pumping these out by the thousand, we'd have found more exemplars.

As for looks, genetic studies seem to be backing up historical assertions that they were originally a diverse federation of Eurasian peoples, rather than a tight ethnic group. So while they may have had a common dressing style (eg: pigtails and khaftans), not a lot can be said about them having any distinctive physical appearance.

* - The best consolodated resource I found on actual historical Cuman helmets was actually a YouTube video by Tolun Bey.

Not the answer you're looking for? Browse other questions tagged middle-ages asia or ask your own question.

16
How were medieval guilds formed?
8
How were shields fastened to soldiers' backs?
12
Were Archimedes screws used in pre-modern times in the far east?
23
How expensive were castles? And how were the costs distributed?
36
How were drawbridges and portcullises used tactically?