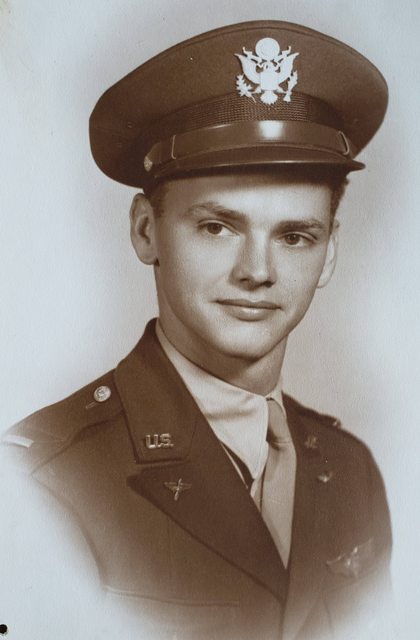 Typical World War II era US Army uniform, this an Army Air Force example as evidenced by the winged propeller branch insignia on the lapels. Rank shown is a Lieutenant, probably 2d Lieutenant. Wings on left breast are officer crew type, not pilot wings; they look like Bombardier wings. Absence of decorations, even of the American Campaign Ribbon, awarded for service within the continental limits of the United States for an aggregate period of 1 year, would indicate that this is a graduation type photo after completion of advanced training. Probably entered service after 7 Dec 1941 as, likewise above, there is no ribbon signifying award of the American Defense Service Medal which was awarded to personnel who had service from the beginnings of the war in Europe up to the Japanese attack on Pearl Harbor.