Can anyone identify this European ?naval uniform from photograph and likely date (belle époque)?) 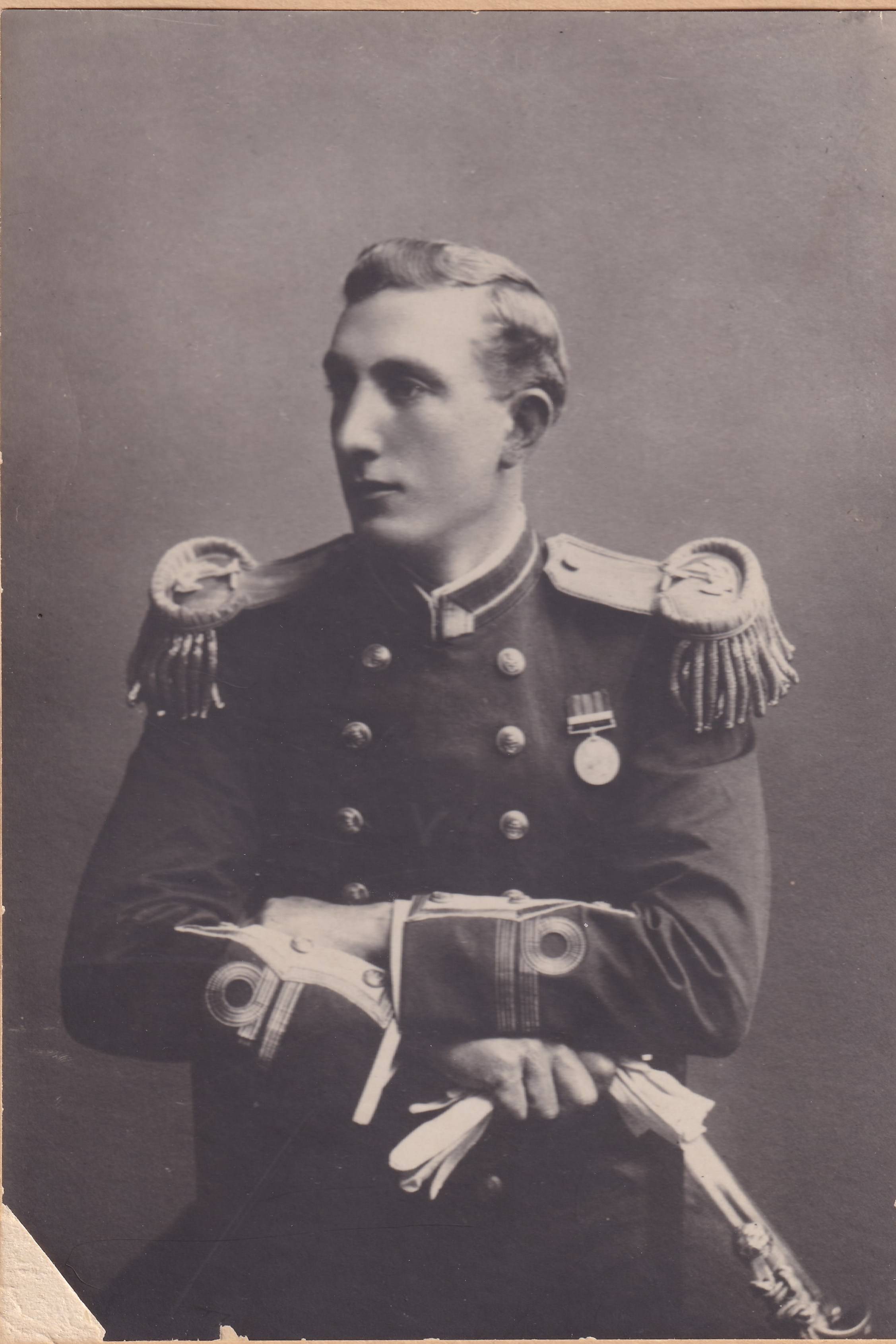 This gentleman, indeed, appears to be a Lieutenant in the Royal Navy in the full dress uniform worn in accordance with the regulations of 1891 as published here in 1893. The absence of a pip above the anchor on his epaulets indicate that he has less than 8 years seniority as do the two plain stripes on his sleeve. These two items are illustrated below from the referenced publication. The appearance of his collar, given the lighting of the photograph gives some pause, however a close up look shows the gold lace is indeed as it should be against a white background, but is merely darkened in shadow with only the fold at the lower corner showing bright. I believe his decoration is either the Africa General Service Medal or the East and West Africa Medal as those two seem to fit the general time frame. The Ashantee Medal, as mentioned in comments, would have been far too early (1873-1874) for a junior Lieutenant in this uniform. 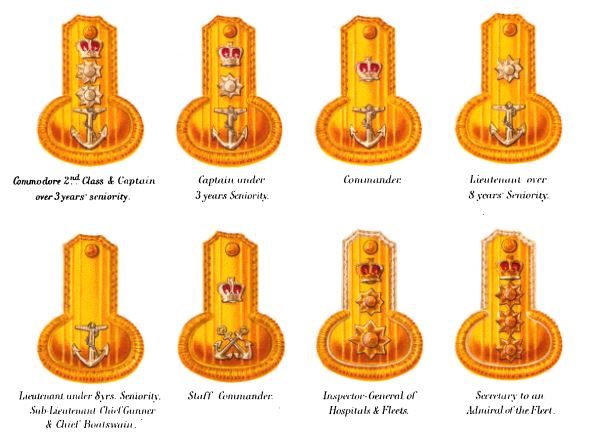 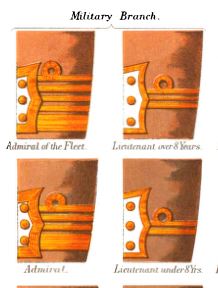 Not the answer you're looking for? Browse other questions tagged military identification naval uniform or ask your own question.