What does this acronym and the symbol in the middle represent?

One of my Polish friends just bought a ruined old brick house in a village in Poland, which was supposedly reigned by Germany during the second world war (I didn't ask the name nor the location of the village). On the wall, he found an acronym with a symbol in the middle (see the photo). 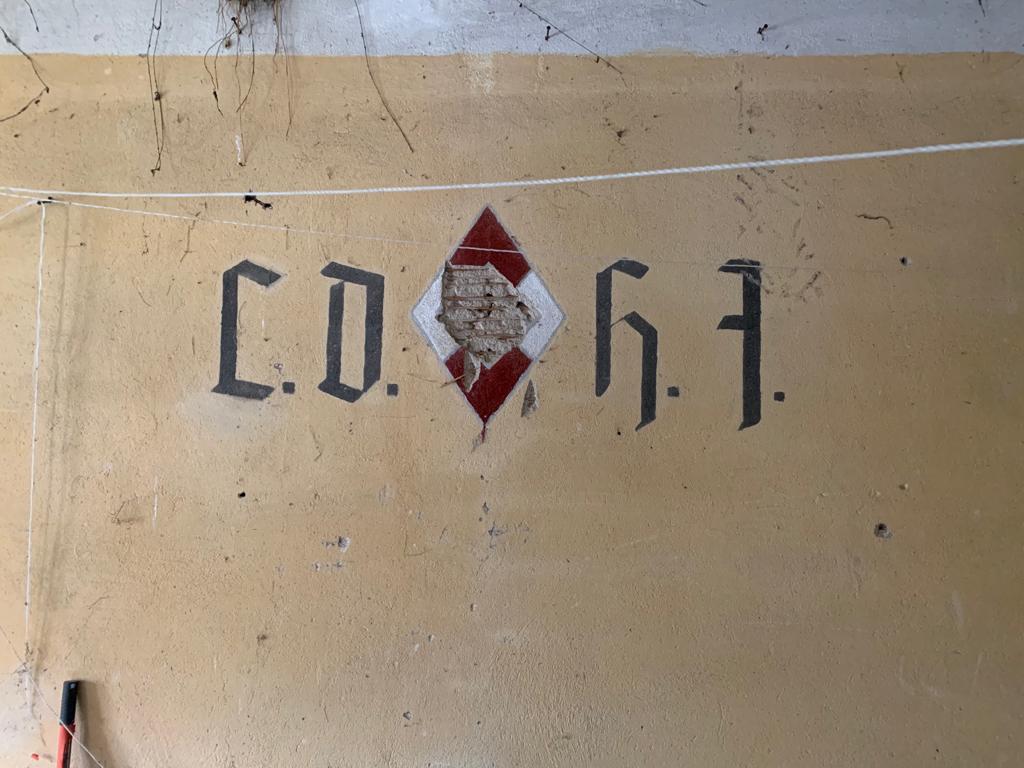 Can anyone decode the acronym and the symbol in the middle?

The symbol, though defaced, is probably the symbol of the Hitlerjugend. Click the link to see the actual image, I don't want to post it here, since it would be a legal grey area for me to do so for reasons also explained in the wikipedia page.

The L.D. and H.J. probably stand for "Landdienst" and "Hitlerjugend". Landdienst was a branch or troop of the HJ educating young boys over years to become farmers. So this likely was a farm house in use with them, probably in a part of Poland that was either Germany back in the day, or a part of Poland that Germany considered their core territory instead of "occupied".

19
What were the Nazi racial views on Hungarians and the Japanese?
20
What does the skull and crossbones on the Nazi uniform represent?
9
What did this WWII combat medic insignia represent?
33
What concessions did Hitler demand from the Poles before 1939?
12
What oath did medical students take in Nazi Germany between 1933 and 1945?
1
Who made this violent speech in the documentary De Nuremberg à Nuremberg?
4
How did attitudes of German citizens toward Hitler and the Nazi Party change over the course of the pre-war and the post-war periods?
1
How does a heraldic eagle become a nazi symbol?
5
What does this 1960 West German political cartoon mean?