Is there a breakdown for transported goods on different routes in the Persian corridor in WWII?

The wikipedia article also has a nice map with a number of different rail and road routes in the Persian Corridor. (Note that some of these routes also go through Iraq): 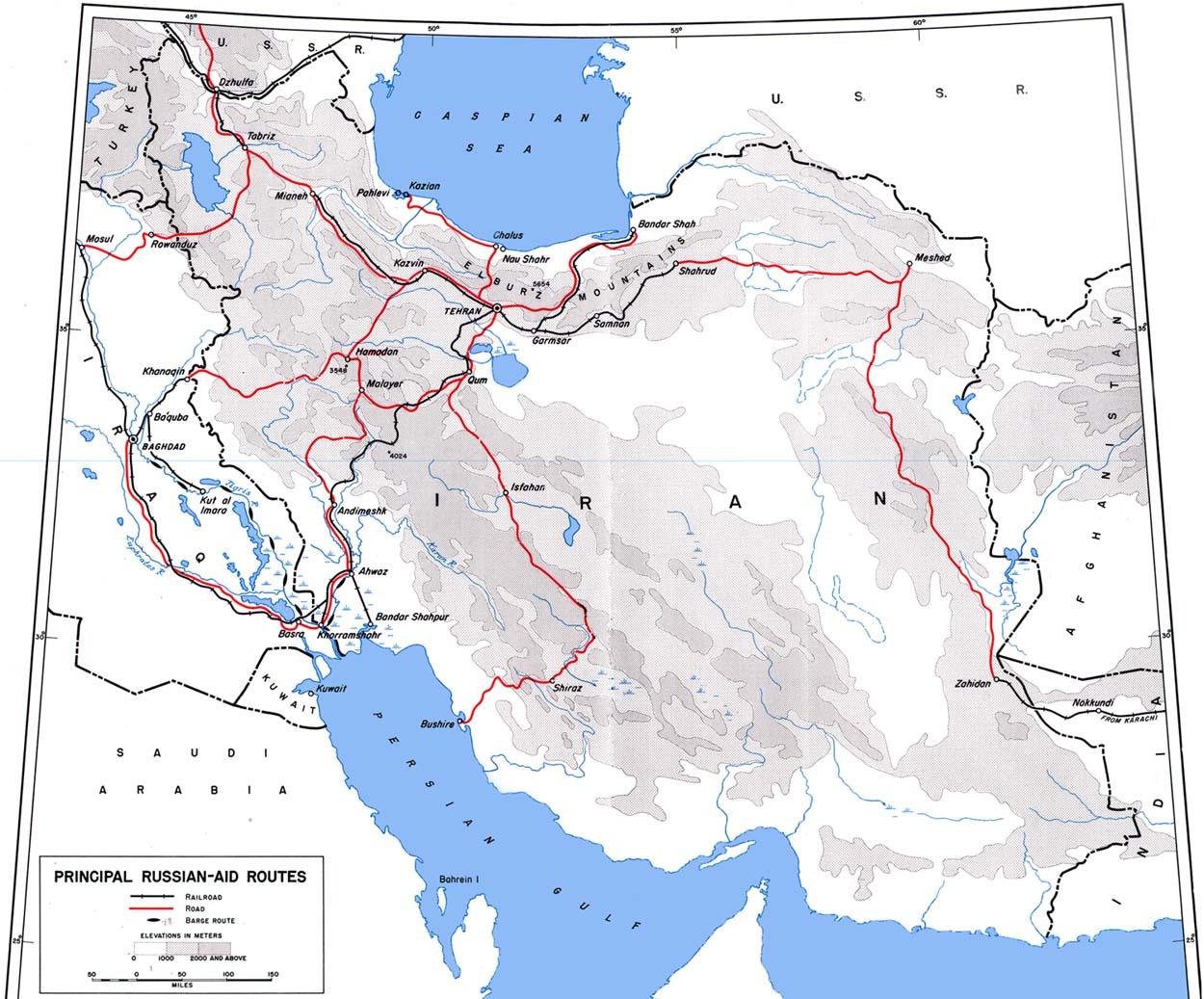 However, the wikipedia article about the Anglo-Soviet invasion of Iran makes it seem as if the corridor was not a whole network of routes, but basically just one railway line (emphasis mine):

With the Wehrmacht steadily advancing through the Soviet Union, the Persian Corridor formed by the Trans-Iranian Railway offered one of the easiest ways to supply the Soviets with Lend-Lease goods sent by sea from the then technically neutral United States. British and Soviet planners recognized the importance of that railway and sought to control it. As increasing U-boat attacks and winter ice made convoys to Arkhangelsk (which commenced in August 1941) dangerous, the railway seemed an increasingly attractive strategic route.

The Trans-Iranian was built through notoriously difficult terrain (difficult enough to put it into the UNESCO world heritage list). It has serious bottlenecks both in the Zagros and in the Alborz mountains, with only single tracks, lots of narrow curves etc. Given all that, I wonder how accurate the impression from that second wp article is:

Was the Persian Corridor really mainly one single railway line? Or were road transport and other railways equally or even more significant?

I did of course read both wp articles, but did not find anything that would answer this particular question, beyond memtioning that threre was at least some road transport (and sea transport on the Caspian Sea).

13
Were there any German operations to destroy supply routes in the Persian corridor in WWII?
9
How did the KPD relate to the German state during the Molotov-Ribbentrop pact?
15
How dependent were the Germans on horse transport in their invasion of the Soviet Union?
33
What concessions did Hitler demand from the Poles before 1939?
11
How many trucks did Russia and Germany have at the start of Barbarossa?
2
Did Army Group Center have easier going up to Smolensk than between Smolensk and Moscow?
4
Did the defense of the Brest fortress make sense?
5
What was the strategic importance of Moscow to the Soviet Union in Dec 1941?
8
What alternate north-south supply routes did the Soviet Union have when the Volga and Stalingrad were under attack?
5
Was Walden Pond ever the primary source for rail transported ice?