Why is it considered that the USA waited until the end of WW2 to assume the status of a superpower? [closed]

Ask Question
Asked 8 months ago
Modified 8 months ago
Viewed 293 times
-4
Closed. This question is opinion-based. It is not currently accepting answers.

It is believed by some that the USA raised itself as a superpower in 1956 by pressuring the UK and France to end the Suez Crisis. 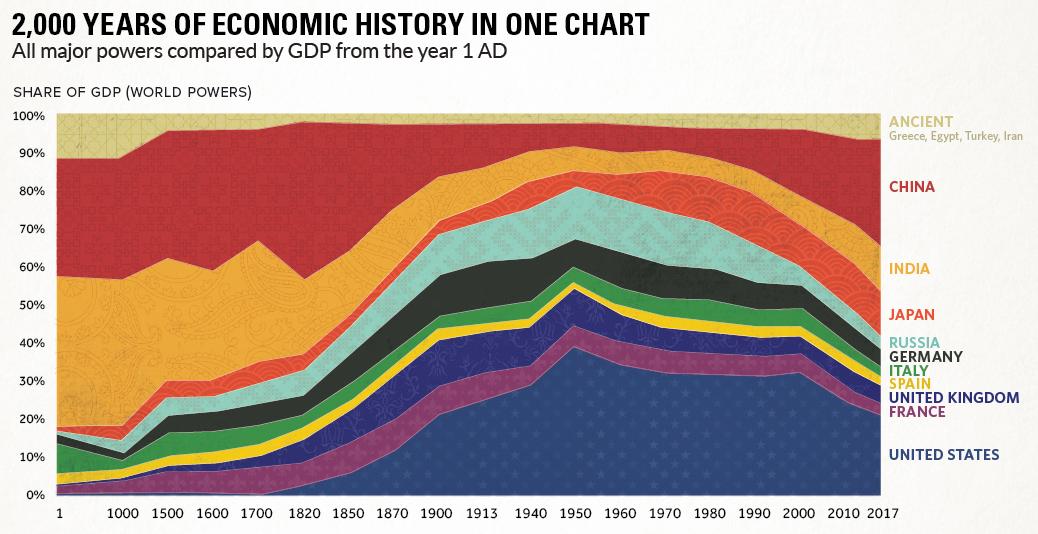 On the other hand, the above image could be considered to show that the US economy became big enough and the US military was strong enough to topple the British empire to become a superpower a few years after the end of the American Civil War.

So, my question is, why is it often considered that the USA waited until the end of WW2 to assume the status of a superpower?

The US simply did not want to be a "superpower", or to be significantly involved in international politics outside the western hemisphere. For further info on this, I'd start research with the Monroe Doctrine and continuing through isolationism.

Between the Revolution and the end of WWII, the US only became significantly involved in European disputes when it was perceived* that it was being attacked. The Spanish-American war ("Remember the Maine"), WWI (Zimmerman telegram, Lusitania sinking), and WWII (Pearl Harbor) all were responses to attacks.

Even after WWII, it generally takes an existential threat (Communism) or a direct attack (9/11) to get significant public support for military action.

*Please, no arguments about whether the perception was accurate, or had been contrived.

According to Paul Kennedy in the "Rise and Fall of the Great Powers," by 1940, the U.S. had about 40% of the world's industrial capacity. This rose to 50% (or more) in 1945, because of the devastation of the other industrial powers. At that time, the U.S. rose "head and shoulders" above other countries.

On the other hand, in 1920, the GDP of the U.S. was ahead of the British Empire by only about 20% (although about triple that of the British Isles alone). Put it another way, we were ahead by a "nose" after World War I.

Finally, the U.S. temporarily had a more powerful military than Great Britain in 1865, but we quickly "demobilized" after the Civil War in order to avoid an "arms race" with Britain that we did not then have the economic power to sustain.

The relative rise of the U.S. actually took place between 1920-1940 but no one realized that until World War II brought it to everyone's attention.

50
Why were there no Internment camps for German-American Citizens in USA during WW2?
18
Why did Stephen Ambrose believe that the election of Aaron Burr would have led to the end of the USA?
78
Why, in the US, is Japanese brutality ignored compared with the Nazi brutality in WW2?
18
Is the USA a superpower today because of WW2?
5
Was there really a labor shortage in the USA until 1970?
7
How widespread was pacifism in the WW2 USA?
8
Is it true that there was no such thing as a Hispanic-owned bank in the continental USA until 1969?
5
During WW2, why did the USA occupy Clipperton Island?
5
Why did the USA sell so many airplanes prior to WW2?