What was the reasoning behind the Washington Committee's complaint to the Liquor Tax during the Whiskey Rebellion?

The tax was on distilled liquor and the first ever levied by the United States on a domestic product. The town of Washington, Pennsylvania, held a meeting concerning this tax and they adopted a resolution spelling out what ought to be done with the people collecting the tax (local hires who got a percentage of what they took from their neighbors). This resolution was published in the Pittsburgh Gazette and it complained that it did not operate in proportion to property. (A radical social idea).

What does the Washington Committee mean by the tax did not operate in proportion to property?

This is outlined in the book "The Whiskey Rebellion" by William Hogeland page 20. 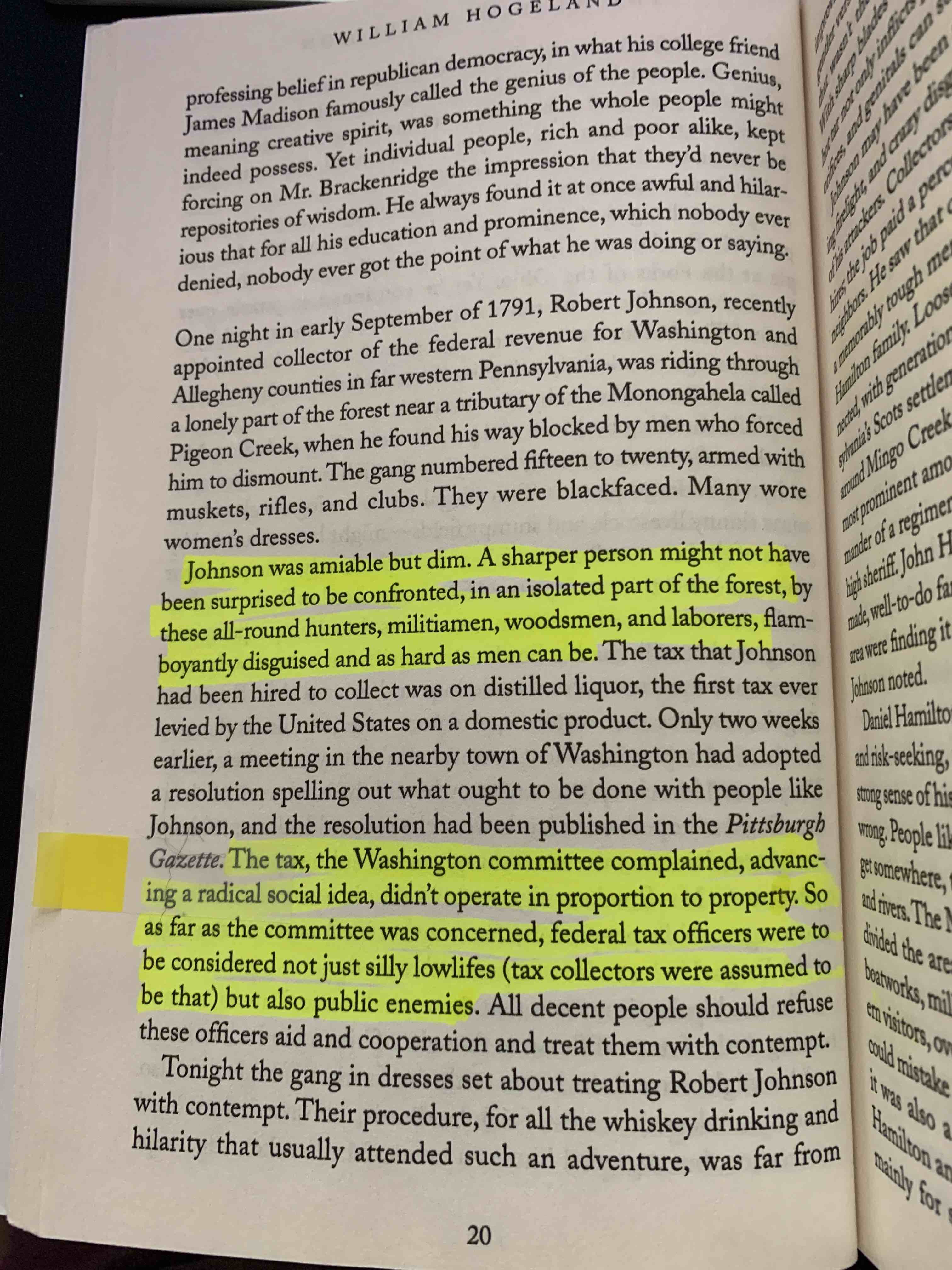 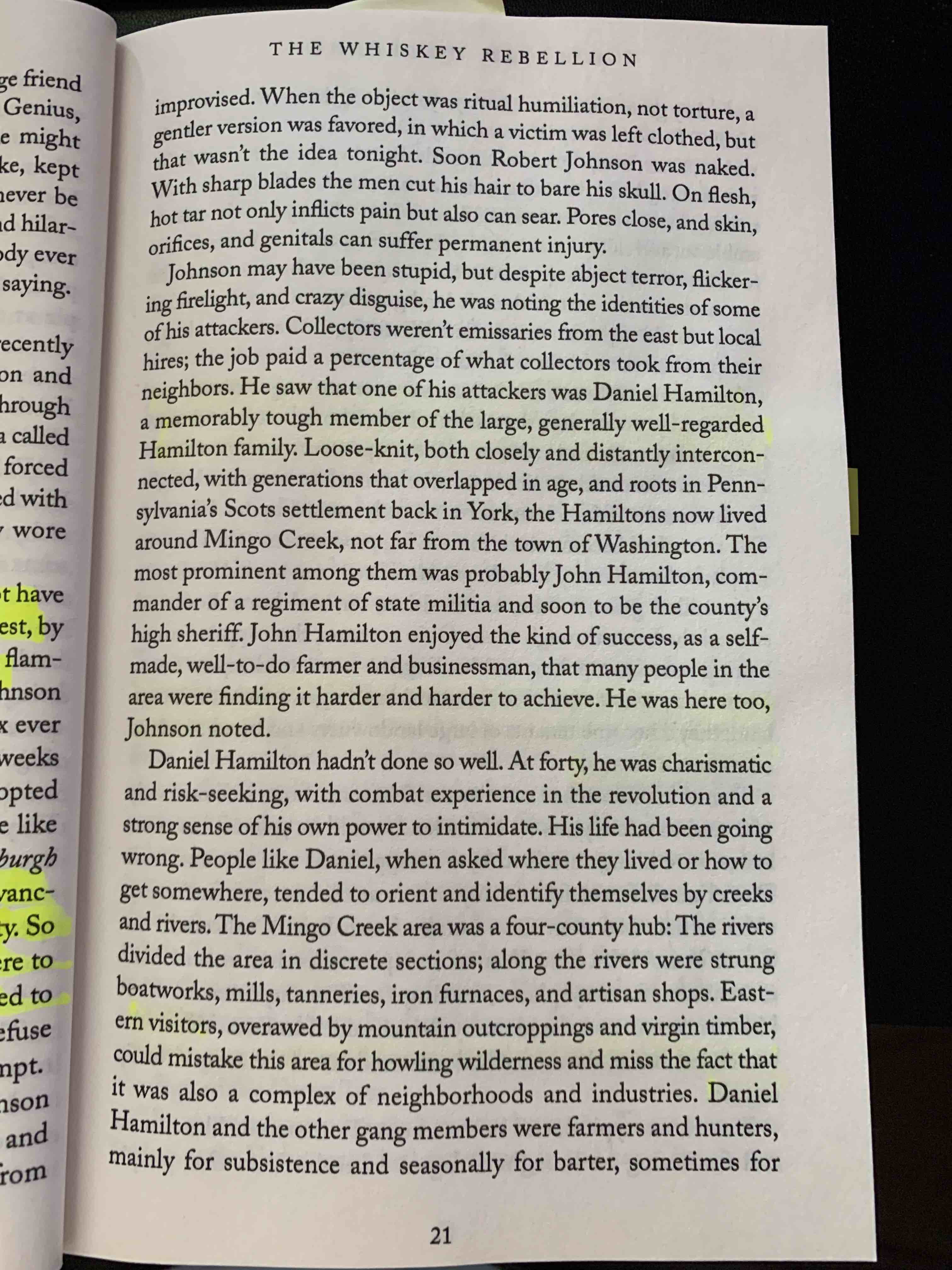 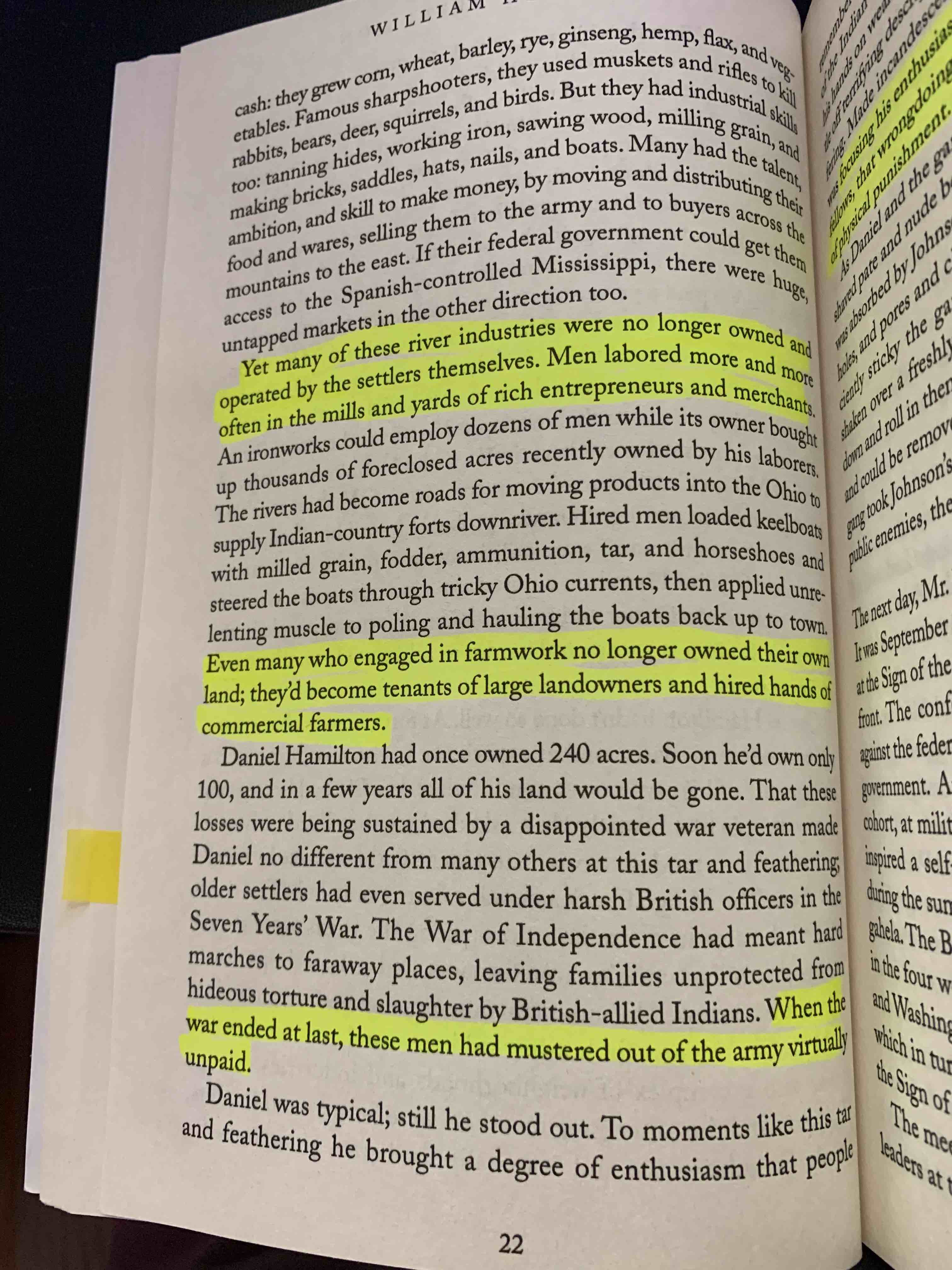 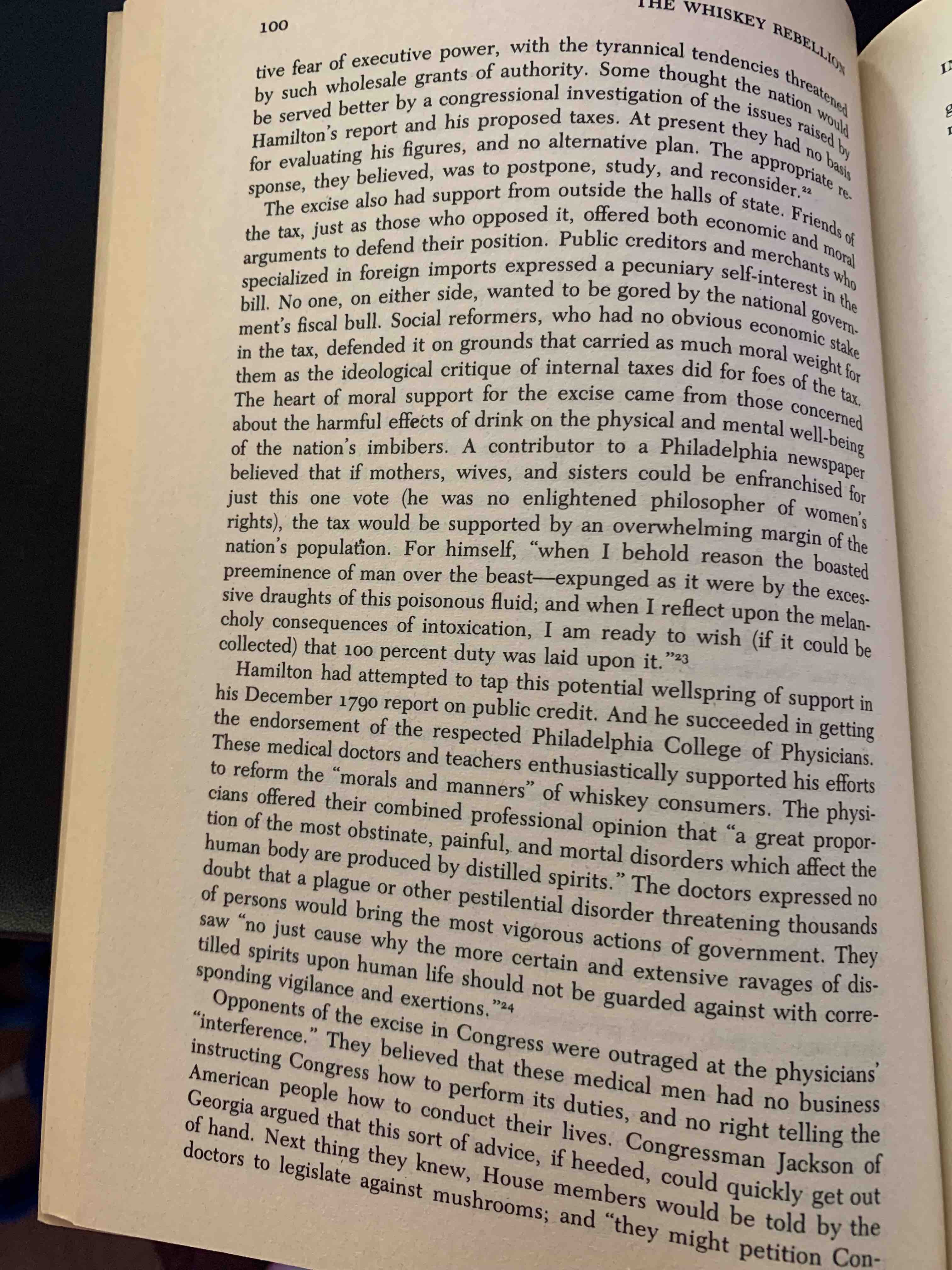 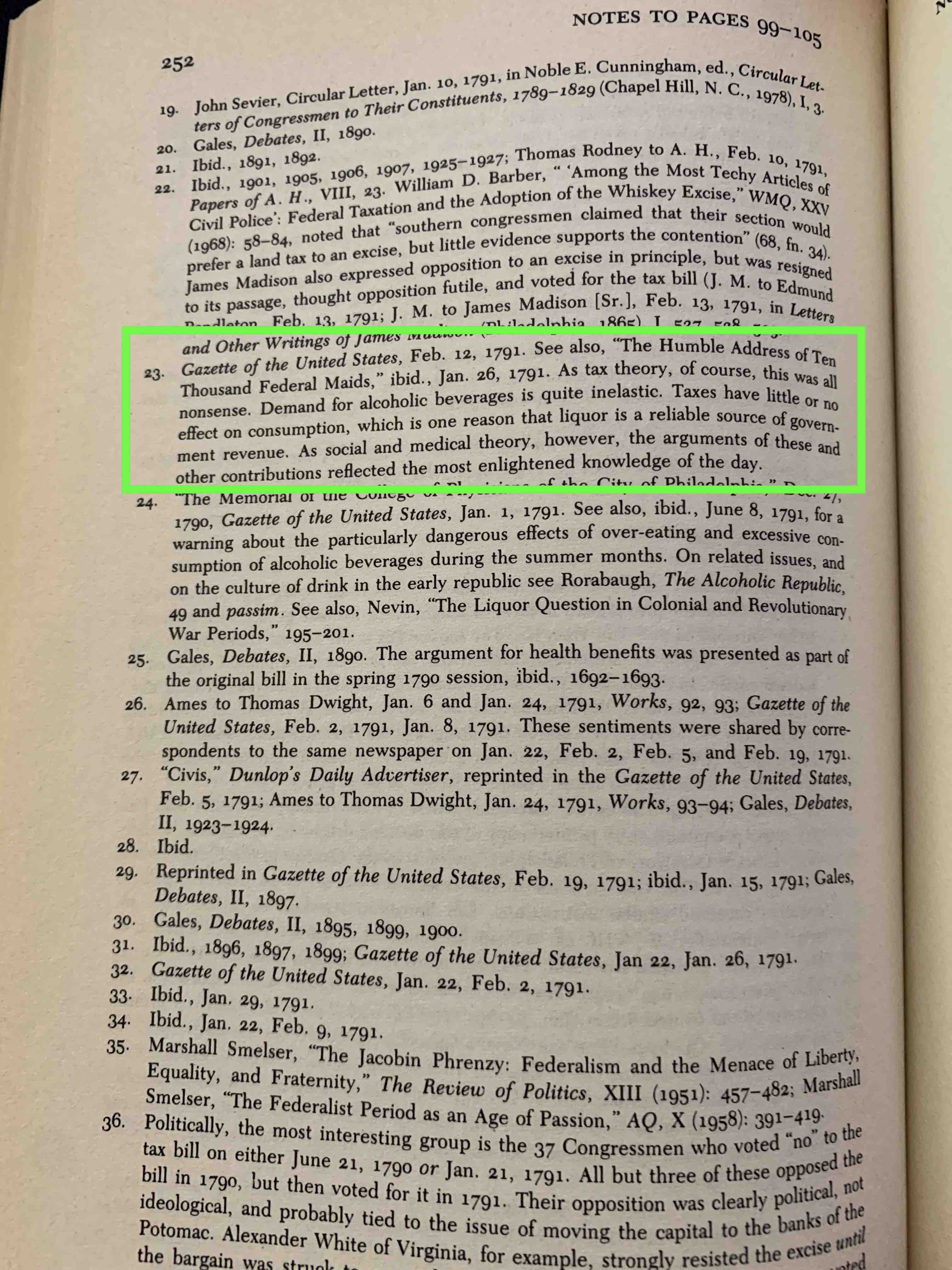 As noted in my book, the Gazette article containing the Washington petition, including the expression regarding property and proportion, was enclosed in a letter from John Neville to George Clymer that is now in the Wolcott Papers of the Connecticut Historical Society, or was in 2003 or '04, when I did research there.

Furhermore, here's the relevant quotation from the primary source:

“Resolved, That in the opinion of this committee the duty laid by Congress on spiritous liquors distilled from the produce of the United States, is a tax not in proportion to property, and if carried into effect will be partial in its operations and inconsistent with that protection which the laws of all nations, even the most savage, but our laws especially, give to the repositories of a man’s house: and that any person or persons whatever, who have or may accept of any office under Congress, in order to carry into effect said act, shall be considered as inimical to the interests of that country."

I first saw that in the original, in the Connecticut archive, but last night I recalled that it was also published in footnotes to Hamilton's Papers, which were not online when I wrote The Whiskey Rebellion. Thanks to Founders Online, the entire Washington resolution can now be linked (see footnote 6 founders.archives.gov).

Finally on this: suggestions in the thread that the tax was regressive are correct (though it was not a flat tax); a detailed description of how Hamilton structured the tax to penalize smaller, poorer producers and benefit bigger, richer producers appears in Chapter Three of my book, based largely on the unpublished doctoral dissertation of the scholar Dorothy Fennell, which goes into even more detail; a copy of that diss. can, I believe, be bought from UMI

It would be nice to get a link to the full statement (anyone?), but it sounds like it is saying that it was what we'd today call a regressive tax: A tax that hits the poor much harder than the rich.

Technically, I believe it was a flat tax. However, alcohol taxes today are often considered regressive, and some of the reasons for that likely applied in the 18th Century as well.

Furthermore, in rural areas (like Washington, PA) US currency wasn't very well respected, so whiskey was actually used as an exchange medium. Under those circumstances, every little transaction was effectively getting taxed. For them, it was essentially a Sales Tax. Sales taxes are indeed considered regressive, as they are unavoidable (unlike "sin taxes") and take a larger % of income from the poor than from the wealthy.

The proportion of property I assume is a summarization by the author to represent the six to 18-cent per gallon tax rate that targeted smaller producers, which is explained in further detail below.

Unlike tariffs paid on goods imported into the United States, the excise tax on distilled spirits was a direct tax on Americans who produced whiskey and other alcohol spirits. The 1791 excise law set a varying six to 18-cent per gallon tax rate, with smaller distillers often paying more than twice per gallon what larger producers paid. All payments had to be made in cash to the Federal revenue officer appointed for the distiller's county.

Large, commercial distillers in the eastern United States generally accepted the new excise tax since they could pass its cost onto their cash-paying customers. However, most smaller producers west of the Appalachian and Allegheny Mountains, then the Nation's frontier, opposed the "whiskey tax."

TTB US Treasury Website - The Whiskey Rebellion: The Distilled Spirits Tax of 1791

I was not able to locate the article referenced in Hogeland's text and will continue looking. I would like to understand better how the people of the time understood this issue with respects to other aspects of building the state.

Not the answer you're looking for? Browse other questions tagged united-states rebellion or ask your own question.

4
What made Washington DC "dominate" politics in the USA?
8
During 1790-1800, was it legal to pay workers using whiskey?
9
Was "the modern cocktail" intended to mask the foul taste of Prohibition-era liquor?
6
What was the context behind Felix Frankfurter's quote?
2
What is the earliest map of Washington, D.C.?
0
What was the Bone Bill in Washington State?
18
Why was Washington State an attractive site for aluminum production during World War II?
6
What was the purpose behind Charles II's charter for Connecticut squatter settlements?
3
What was the goal behind the 9 state approval of the United States constitution?