Where were the best ancient wine regions in Israel, called Kerutim & Hatoulim in the Mishna, located on a map?

I have not been able to find these locations that are mentioned in the Mishna. I came across this quote from Asaph Goor:

The Mishna also (Menahot, 8, 6) points to the regions where the best wine-making grapes were grown: ‘Kerutim and Hatoulim were alpha (first class) for wine (both are points in Judaea); second to them are Beit-Rima and Beit-Lavan in the mountains of Samaria and Kfar Signa in the valley’ (in Lower Galilee).

Where can these regions be found on a map?

I have googled the names. I am also considering asking it at Judaism.SE

Both locations remain uncertain. There are possibly some candidates.

First note that this is complicated by English/Latin transliteration from Hebrew.

Then we look again at the original text, Babylonian Talmud, Menachot 8,6:

This is by far not a real place name like a city oregion, but more like a description of a region.

This is full of with uncertainty in its wobbliness. But one rather reasonable interpretation might attempt to find it around Kravat Bnei Hassan (Qarawat Bani Hasan), a now Palestinian town in Judea (map and accompanying claim)

Another attempt is visualised on a Facebook-page: 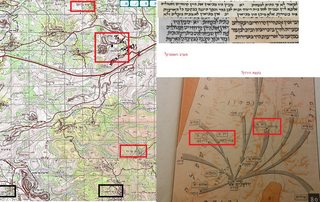 Unfortunately, real scholars of the Babylonian Talmud aren't so sure about this (the "some suggests corresponds to the above attempt):

Keduĥim –ְקדּוִחים: The exact identity of this location is unclear, especially due to the fact that there are discrepancies between different manuscripts of the Gemara concerning its actual name.
Some suggest the reference is to a locale situated at a junction between Jerusalem and Nablus. Indeed, archeological remains were found there that indicate a burgeoning wine industry had existed there at one point. Others posit that Keduĥim is in the Jordan Valley or south of the Dead Sea, near Zoar.

Attulin – ַע ּט ּו ִלין : As with Keduĥim, variations that exist between different manuscripts make it difficult to accurately identity what place is referred to here. Some maintain that Attulin was located in the area of Mount Hebron, while others posit it was located south of the Dead Sea, near Zoar. Others claim that it was located near Jordan, south of the Sea of Galilee, across from Mount Tabor.

Since 'the best' is rather ominously described, we may have to settle for the second best, which is locatable a bit more securely:

Beit Rima–בית ִריָּמה:ֵּ Some identify this location as being that of the contemporary Arab village, also called Beit Rima, in Samaria. Others maintain this is the village of Ra’amah in the Galilee.

Beit Lavan–ּבית ָלָבן:ֵ Some identify this as the Arab village Luban, located near Beit Rima. This region was home to an extensive production of wine, even in later eras. Others suggest this is the city of Nazareth located in the Galilee, which was known in ancient times as Beit Lavan. 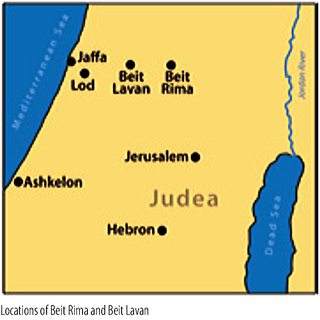 Why just settle for 'second best' now? Remember that the same passage in the Mishnah is preceded by this alternate translation:

From where would they bring the wine for libations? Keduĥim and Attulin are the primary sources for wine. [emphasis added]

and it continues with:

All the regions were valid sources for wine but it was from here, i.e., the aforementioned locations, that they would bring the wine.

This is about ritual pureness and 'validity', describing an economic statistic, not necessarily about 'best' in the sense of 'nice tasting' or 'highest quality for aficionados'. And certainly not if one would like to enjoy the highest ranked class of drink today, found to be just fit for priests and such, in those vineyards used so long ago, when this wine was then intended for libation.

Notwithstanding this strong caveat on meanings in translations alone, Wikipedia relies for this 'drink offering' on:

Among wine libations, the finest wine was said to have come from Keruthin and Hattulim (ibid., Menachot 8:6), this latter place now tentatively identified by historical geographer Samuel Klein with the ruin directly west of Sha'ar Hagai (Bâb el Wâd) called Kh. Khâtûleh (variant spelling: Kh. Khâtûla), now known locally as Giv'at Ḥatul. Second in rank to this place was Beit Rima and Beit Luban, both places identified in Samaria. The wine from any country was valid, but they used to bring it only from these places. The drink offerings were poured out near the altar on the Temple Mount, where they fell down into a subterraneous cavern (Hebrew: שִׁית‎), in fulfillment of the Scripture (Numbers 28:7): "In the Holy Place you shall pour out a drink offering of strong drink to the Lord." 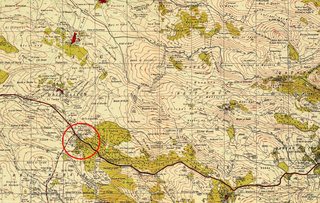 Not the answer you're looking for? Browse other questions tagged israel geography or ask your own question.

6
What were the sources of Jewish immigration to Israel between 1939-1951?
6
Why were Soviet attitudes towards Israel inconsistent in the late 40's and 50's?
11
Were Israel-Iran relations better in the 80s? What changed?
2
Where were Hindus and Sattagydia in the late Achaemenid Empire?
2
Is there a reconstruction for whom and when were the peoples of the ancient Levant just before Israel, Judea and Edom?
2
During the time of the British Mandate, who opposed the term "Hashemite Kingdom of Palestine" and who if any were OK with it being called that?