Why are there multiple versions of the color plate "Excavation of Olive Mount"?

There seem to be several versions of Thomas Talbot Bury's color plate (edit: likely an aquatint per the comments below) "Excavation of Olive Mount" (part of a collection entitled "Coloured Views on the Liverpool and Manchester Railway"; the 1831 release of this collection is available on Google Books). 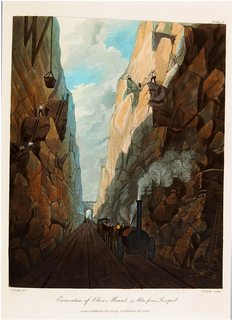 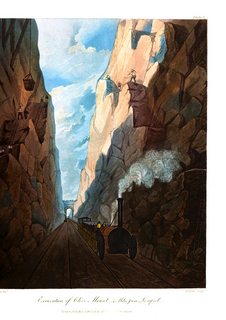 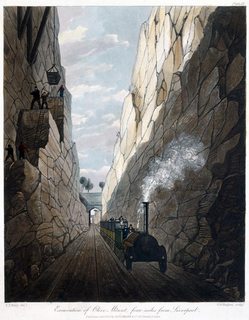 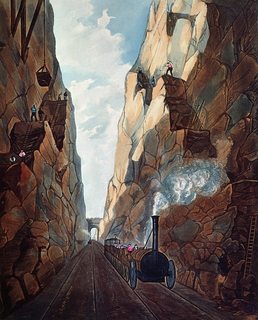 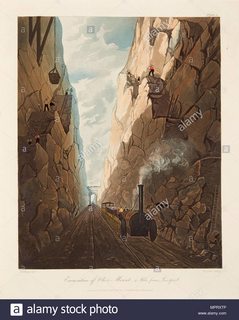 The site hosting the image of version 3 also has two other versions here and here (all three can be seen here) which are similar (but not identical) to versions 1 and 2.

Given that aquatint allows copies of an illustration to be produced from a master copy, why are there multiple versions of "Excavation of Olive Mount"? This site says there were six releases of the collection that contained it (between 1831 and 1834); were new versions of the work created for some of these releases?

What you call a "master copy" in this case refers only to the shapes and lines on the plate used to do the engraving. Different inks were probably used for the different releases through the years, though as you've noticed there were different plates used to do this particular illustration (that explains the differences in the sky and background). It was fairly common to make variations of a theme in works like this.

MarianaMariana
2122 bronze badges
New contributor
Mariana is a new contributor to this site. Take care in asking for clarification, commenting, and answering. Check out our Code of Conduct.
1
Add a comment  |

Not the answer you're looking for? Browse other questions tagged art printing or ask your own question.

8
Are there any antisemitic caricatures from France during the interwar period?
5
Are there any Midas portraits from the ancient era?
10
What are the red and white sectors of The Tower of Babel (Rotterdam)?
2
In the painting "Ariadne", by Arthur Streeton, why are the sails of the ship white?
1
Are there factors which caused the printing revolution to begin in Europe in 1450 and not some other place some other time?
5
Are there depictions of horsemen in Roman Republic other than on the coins?