What were the manpower and gunnery levels of the seven gunboats that assisted Grant at Fort Donelson?

Earlier on, I asked a question about General Grant's "true" force level at Fort Donelson. The argument was that Grant had been assisted by gunboats and gunners that were technically not under his command, but effectively raised his force levels.

Although the original (convoluted) question was closed and deleted, here is a simpler, more objective version focused on the relevant facts:

What were the number and caliber of the gunboat cannon that assisted Grant at Fort Donelson? How many men manned the ships and guns? (I believe I have a handle on the relevant land-based factors but not the naval ones.)

Here is a description of the Cairo, typical of all the city class ironclad gunboats in Foote's' flotilla. 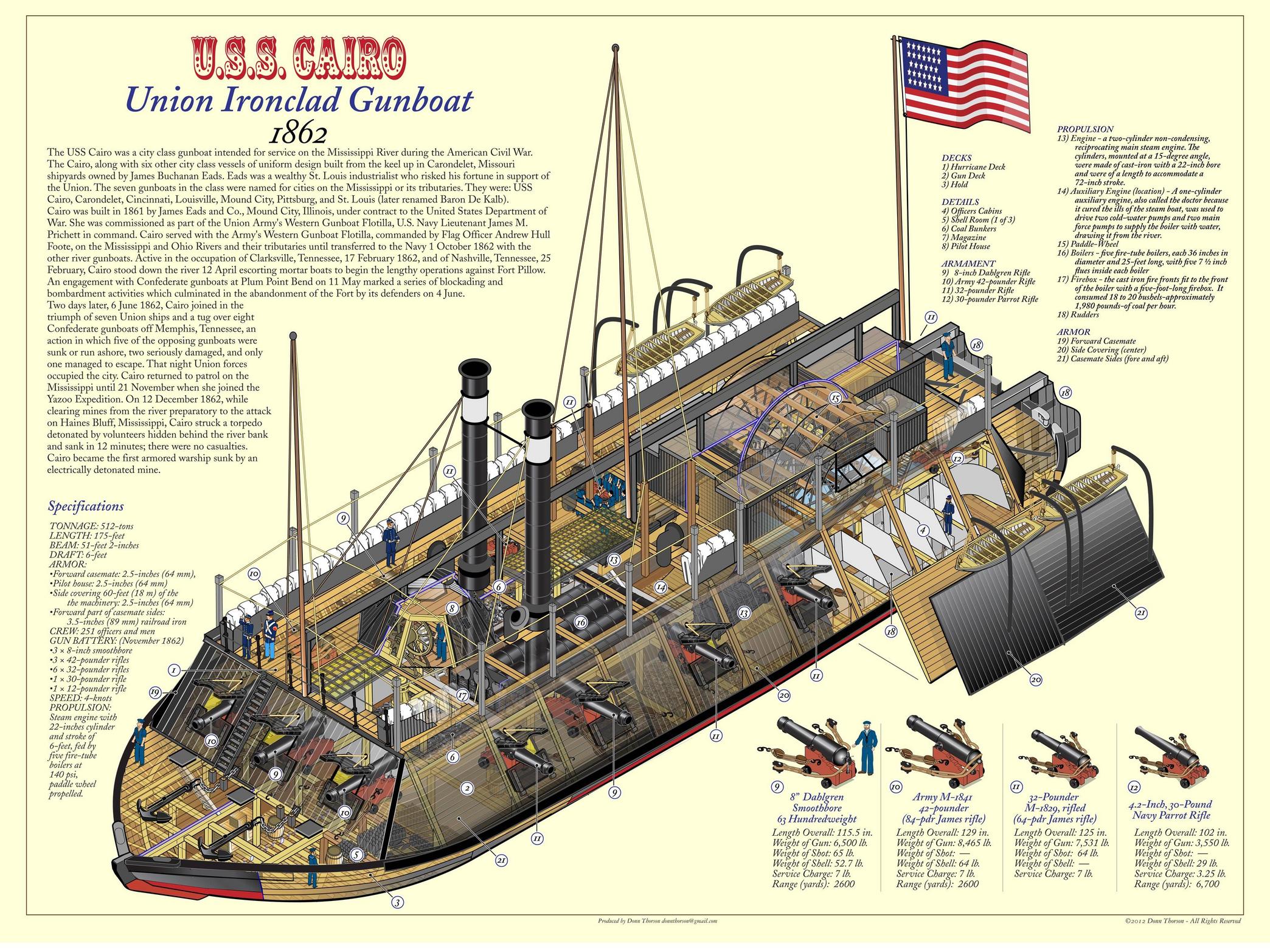 As noted the crew establishment of each was 251 officers and men, with a gun battery comprised of:

Not the answer you're looking for? Browse other questions tagged military american-civil-war or ask your own question.

9
Were sailing ships of the line understaffed with gunnery crews so that there were not enough for 2 broadsides?
5
What are exceptions to the hypothesis that "climate determined "regional" loyalties in the U.S. Civil War"?
4
What type of defenses did the Pequot use at their fort?
12
What were the most common reasons why draft-age men were not conscripted for the Union Army?
3
Was the US close to running out of volunteer manpower during the Afghanistan and Iraq Wars?
4
How effective were siege guns and gun boats compared to field artillery in the 19th century?
7
Was the Seven Years’ War the first time dogs were used to carry messages?
3
What were the circumstances surrounding Forrest's injury at Shiloh?
1
What made Fort Donelson particularly vulnerable to capture?