Were there "Taxes Paid" slave tattoos in the Roman Empire?

In this video, YouTube: Did Ancient Romans Use Tattoos? @ 4:35, the presenter mentions a "Taxes Paid" tattoo. I understand it's just YouTube but I believe this creator doesn't typically fabricate such things. If this is accurate, would the Latin simply be "Tributa Solvita"?

I believe abbreviations were common, so is there a way to infer how this phrase would be abbreviated or if it would be written in full?

Lastly, are there any remains of these utilitarian tattoos for visual reference?

I know this is an odd question but I appreciate any confirmation and insight that are available!

Apparently yes, that is one possible way of reading one surviving inscription. But it is not so clear cut easy.

This is evidenced by one find, a rather isolated appearance from Ephesos:

often interpreted as 'all slaves sold into the province of Asia had to be tattooed "tax paid" by the tax farmers.' As shown on

This tax/toll/customs law is found on one inscription detailing customs laws dating from the 1st century.

While not overly explicit, it seems to refer to 'the symbol/(security)seal of the tax farmers' — which then in effect would mean 'tax paid', but not directly state it?

Further, this is assumed by many scholars to be may very well be a tattoo. Or a branding, as Engelmann and Knibbe describe it. Or for sheer reason of practicality — imagine just the looks of slaves after multiple re-sellings — an iron ring around the head/neck, perhaps with a lead seal, as Schäfer argues, because the word sphragis might indicate something like a seal more than a tattoo, which would more likely be a stigma (ϲτίγμα):

Further discussion on this general theme:

This new find from the 1980s was edited in a rather recent book, with an English translation, which now reads: 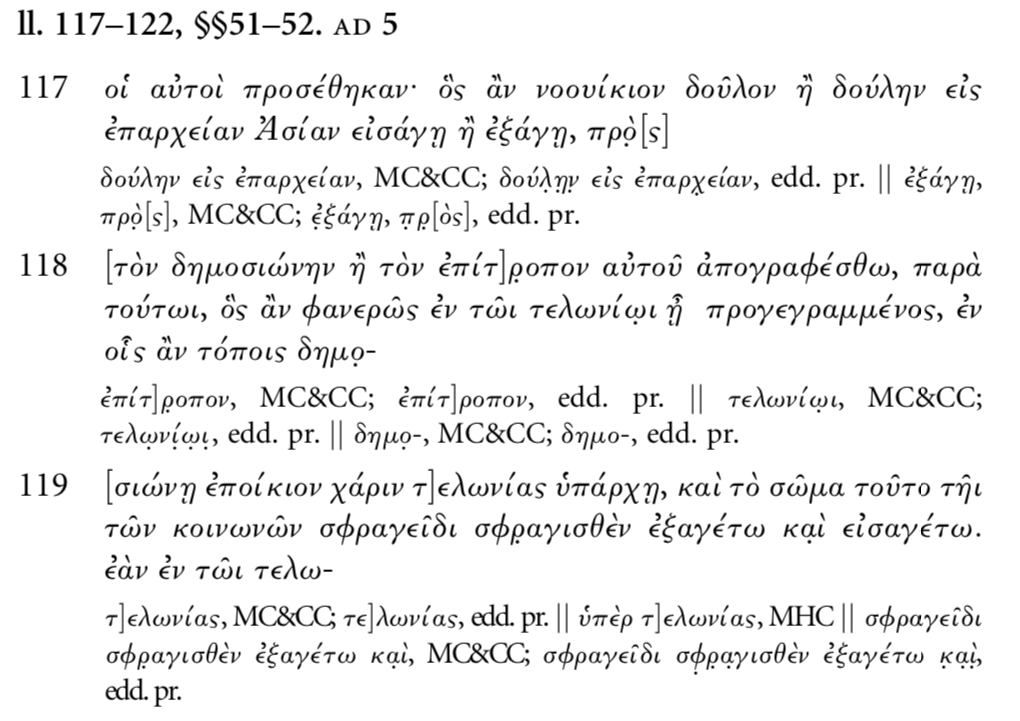 ll. 117–122, §51–52. ad 5 117 The same (consuls) added: whoever imports a new male or female slave into the province of Asia, or exports him or her, is to register (him or her) with [the publicanus or] his [procurator,] with the person whose name is clearly displayed on the customs-office, in whatever places the publicanus has [a building for the sake of] exaction of telos, and he is to export or import this slave branded with the brand of the socii; if [neither the publicanus nor] the procurator is in the customs-office, then he is to register (the slave) in the nearest city, with the person who holds the highest office.

117–20, §51 þ 120–2, §52 Second and third supplements made by the consuls of ad 5: Duty on untrained slaves.
See Jones 1987 and compare 50. The Wrst of the supplements, which are closely linked in their subject matter, focuses, for the special case of the nouicii serui (see Plaut. Capt. 718), on the basic regulation which in 75 BC already belonged to the core of the lex portorii (40–2, §16), that only the publicanus or his business manager was authorized to receive a customs declaration and that only the σφαγις of the societas established top-grade immunity. (Schäfer 1991 has shown it to be probable that this σφραγις meant not a brand or tattoo, but a neckband bearing a lead seal or something similar.) Only if the customs officer was away might and should the holder of the supreme magistracy in the neighbouring town (who at that time as a rule would not be a Roman citizen) legitimately take on this function as a substitute. The problem that prompted the supplement appears here to have lain in the fact that the basic rate of duty for nouicii serui was not in dispute, in contrast to the ueterani who had already been a longer time in the possession of their itinerant masters. (Marcian in Dig. 39. 4. 16. 3 makes the distinction between the two categories of slave through service in slavery in the city for one year, anno continuo in urbe; the question of its transference to the customs law of Asia can only be posed.) The opposite view resurfaces during the Severan age in Marcian’s opinion. According to this, undeclared introduction leads to sequestration in the case of nouicia mancipia, not however in that of ueterana. For Marcian the liability to customs depended probably on the utilization of the new slaves as uenalia siue usualia (see with reference to scholarly discus- sion Klingenberg 1977, 65–70, where the ruling of ad 5 obviously has no role to play). The δοῦλα σώματα whom the itinerants brought with them οἴκοθεν must be assigned to the category of these ueterani whose exemption from customs dues already belonged to the core of the lex portorii of 75 BC (62, 76, §§25 and 33). Apparently not all travellers were granted these exemptions, but only state transport agents in the Wrst place and publicani in the second. 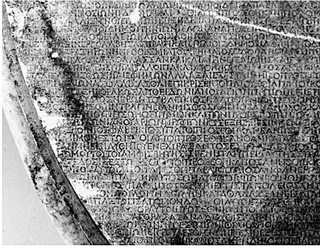 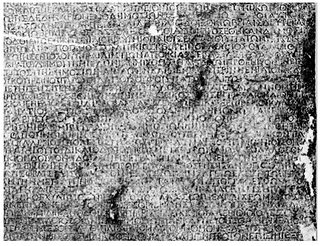 0
What did publicani markings on slaves sold out of the empire look like?