Were there any potential areas around Smolensk that Army Group Center might have found as defensible as the Rzhev line?

During Operation Barbarossa the German Army Group Center met perhaps its first serious opposition around Smolensk. That suggests that the region had at least "some" defensive value. After a hiatus of nearly two months around Smolensk, Army Group Center surged northeast in a failed attempt to take Moscow. They ended up "splitting the difference" with the Russians along a line roughly north and south around Rzhev (270 kilometers from Smolensk). This led to the so-called Rzhev meat grinder where Army Group Center defended itself successfully for two years, until the Russian preponderance of strength became overwhelming.

As someone who is somewhat knowledgeable about history, but weak on Russian geography, topography, weather, etc. I am asking what were the defensive advantages for the Germans around Rzhev. Were there any potential lines within 100 kilometers on either side of Smolensk* that offered comparable or better defensive advantages, or was the Rzhev line the best place for Army Group Center to make a stand, even though it ultimately lost?

*I would imagine that Smolensk, being closer to the border with German-held territory, would be easier to supply than Rzhev, but perhaps this was offset or more, by Rzhev's other advantages.

Smolensk was the first place where soviets tried to put a defensive line because that region is the only place where no important rivers serve as natural barriers in the east-west direction.
Daugava (western Dvina) and Dnieper rivers turn east in that zone. Russia needs to defend that place in order to prevent direct advance to Moscow. So, you're right, Smolensk is quite important. The next defensive line is in the west, Berezina river (ask Napoleon about that river). Smolensk also has another importance, there it is the best highway in Russia, the one that goes from Brest to Moscow.
Since west Russia is a flat country, only rivers are your major defensive lines. A brilliant example about the use of rivers as defensive positions is the Third battle of Kharkow, where von Manstein used Donets river to cover his right flank while advancing to the north.

Besides Pripyat Marshes, the other defensive positions in Russia are woods and lakes. Both are more concentrated in the north, but since your question is regarding Rzhev and Smolensk, there is no big difference in latitude that affects the amount of woods and lakes. Same weather, same geography, only rivers matter in the comparison.

So, if you are a commander of an army in Russia, defend the line of Daugava and Dnieper rivers, in Vytebsk, not Smolensk. 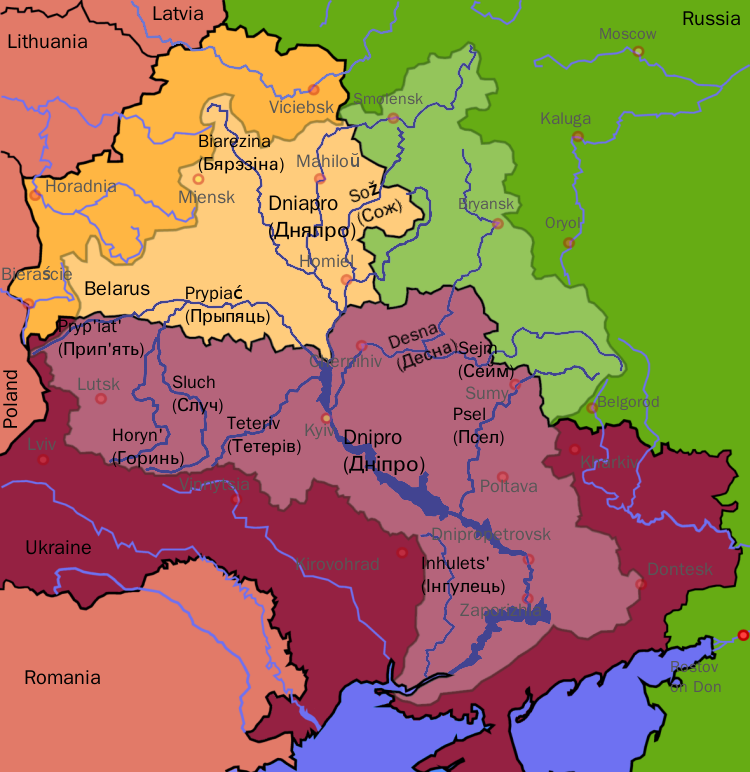 Now, regarding to your question. Why defend Rzhev instead of Smolensk?

No geographical reason. Pure and simple accident. Let's see what happened.
After battle of Moscow a pocket was created in german lines around Rzhev. Germans decided to stay where they were, no retreat was allowed.
The result of german attempt to keep all territory plus soviet attempts to encircle germans in Rzhev is the map below. 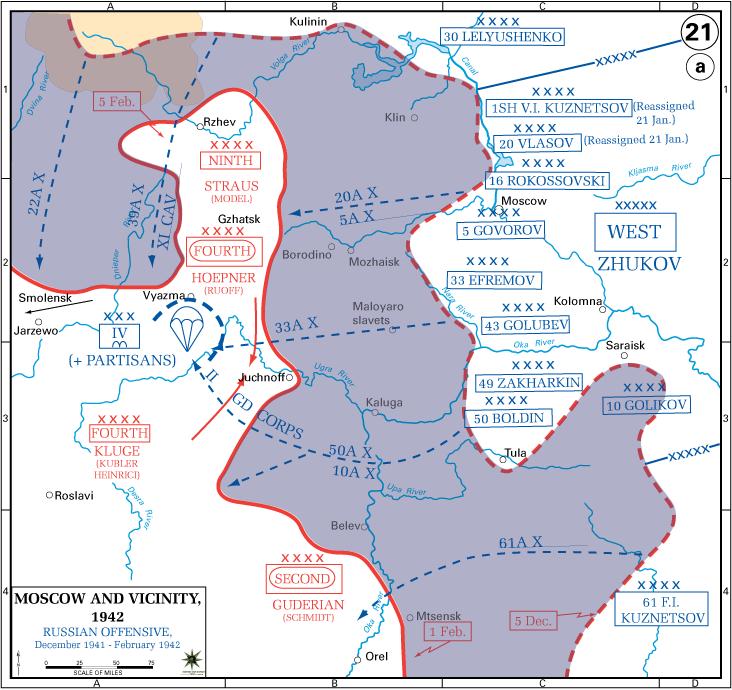 Remember: Hitler did not want to leave any territory, he even sacked von Rundstedt for a retreat he made without his authorization. Few times in the war germans made a retreat while being strong. That's the most important reason for many weird defensive positions germans had during the war, for example Nikopol and Krivoi Rog defense

Rzhev was not purely a defensive position, germans made several attacks from there until march of 1942. Actually, Rzhev was so close to Moscow that soviets had to attack that place and keep strong units around it, to protect Moscow. Since germans knew that, the meat grinder was served, soviet had to attack that specific place and suffer for it.
In fact, at the beginning of the Battle of Stalingrad, soviet put a strong defense in Voronezh, because they did not know whether german attack was towards Moscow or Stalingrad. By keeping Rzhev salient, soviets had to defend its north front in Voronezh during the beginning of the battle of Stalingrad.

When germans left the salient? When it was no longer a menace for Moscow. So, when they needed the units in the salient before Kursk battle. they left it.

The salient did its job while it was needed.

15
Were there any war movies made during WW2 that were well regarded by front-line American soldiers?
13
Were there any German operations to destroy supply routes in the Persian corridor in WWII?
2
Did Army Group Center have easier going up to Smolensk than between Smolensk and Moscow?
5
Were there any non-Mischling Jews in the Nazi party or military?
3
Were the Nazis actually ever horrified of anything that the Imperial Japanese Army did or vice-versa?
2
Has anyone (other than Churchill) indicated that the Germans might have won a negotiated peace in World War II?
5
What led Guderian as far south as Gomel, in August, 1941?
1
How and why did the progress of Army Group A differ from what the terrain in the Caucasus might suggest?