The statement "Never fight a land war in Asia" has been variously attributed to Bernard Montgomery, Dwight Eisenhower and Douglas MacArthur. More famously, it appeared in the book and movie The Princess Bride. The phrase seems to suggest that armies that try to take land in Asia inevitably fail.

My question is whether the word land is necessary. Specifically, has there ever been a war...

Logically, in every war ever fought in Asia, there must have been a winner. If not overly pacifist in its reading, or expecting all too many stalemates.

This dictum is a jokingly formulated advice, not anything remotely like a historical summary of events.

An unstated prerequisite assumption in the question title is euro-centric: obviously from Sumerians onwards many Asian powers fought and won wars in Asia. Mongols won most wars in Asia, before also visiting Europe.

If the question is then about non-Asian powers winning in Asia: then it is also obviously, the Russian Empire won quite a few wars going east (example: Russian conquest of Siberia (1580 – late 17th century)), as did the English when colonising large parts of it, most notably India.

This is arguably 'an old tradition', since the time of the Macedons and ancient Rome. Alexander III left Europe, and except for a small detour to march into Egypt, went to war with Persia mainly in Asia until he reached the Indus. (hat tip to @Jan from comments) Rome started to win a lot of wars in Asia after the battle of Magnesia.

So, given this map about Colonialism, most land parts of Asia and quite a bit of waters were conquered sucessfully by European powers, plus a bit of American 'influence':

And that picture leaves out those uncoloured specs over which or 'with whom' wars were fought, and often won, but which did not result in permanent rule over the territories.

Examples for that include wars with China (the Opium Wars) or Afghanistan. The latter of course being famous for a lot a pyrrhic victories, starting with the First Anglo-Afghan War, albeit the British even achieved their objectives for quite some time with the Second Anglo-Afghan War.

As a 'non-Asian power', the US alone could account for victories in Asia in the Philippine–American War, Moro Rebellion, Boxer Rebellion, and the little episode called World War Two. Even the Korean War wasn't 'lost', strictly speaking. Also, the Tanker War, Gulf War, "Enforcement of Iraqi no-fly zones", and the "Operation Ocean Shield" are commonly counted as successful for the American side.

The origin of this phrase is from the aftermath of the US experience in the Korean war and gained much traction from 1964 onwards for perhaps applying this 'lesson learned' also to decisions the US made regarding Vietnam. The early usage for this means '[The US better] never again fight a ground war in Asia' as a general concern and prevalent feeling, not dominating but significant, within even the US military, albeit most often anonymously. Example:

That the U. S. not undertake a prolonged land war in Asia's vastness where China's man power might be effective if the war bogged down. […]

No responsible military leader would choose to commit U.S. troops to a ground war in Asia. No one wants to grind away American manpower in a seemingly endless war against numerically superior forces deep inside China. The U.S. objective, however, is not to fight for the heartland of China, but to prevent the spread of communist control over Asia.

A number of army officers had been skeptical and remembered the lesson of Korea to never get involved in a land war in Asia; however, […]

In 1839, the Daoguang Emperor, rejecting proposals to legalise and tax opium, appointed Viceroy Lin Zexu to go to Canton to halt the opium trade completely. Lin wrote an open letter to Queen Victoria, which she never saw, appealing to her moral responsibility to stop the opium trade. Lin then resorted to using force in the western merchants' enclave. He confiscated all supplies and ordered a blockade of foreign ships on the Pearl River. Lin also confiscated and destroyed a significant quantity of European opium. The British government responded by dispatching a military force to China and in the ensuing conflict, the Royal Navy used its naval and gunnery power to inflict a series of decisive defeats on the Chinese Empire. In 1842, the Qing dynasty was forced to sign the Treaty of Nanking—the first of what the Chinese later called the unequal treaties—which granted an indemnity and extraterritoriality to British subjects in China, opened five treaty ports to British merchants, and ceded Hong Kong Island to the British Empire.

The wars which ideally fit your conditions are Portuguese wars of conquest. They occurred in 16th century between Portugal (a non-Asian power) and various Asian (and African) powers, most important of them the Ottoman empire and several states in India. The result was generally a Portuguese victory, and this was definitely not a "land war". Typical for these wars were sea battles and landing operations.

What about the Russo-Japanese War of 1904-05? Granted, that included land battles, but it seems that the war was effectively ended by the naval Battle of Tsushima.

Did you know that the small(ish) country of Oman used to be a naval empire? It's true! Now, that was mostly in Africa - Mombasa, Zanzibar... but they did have impressive conquests in Southern Iran and Pakistan: 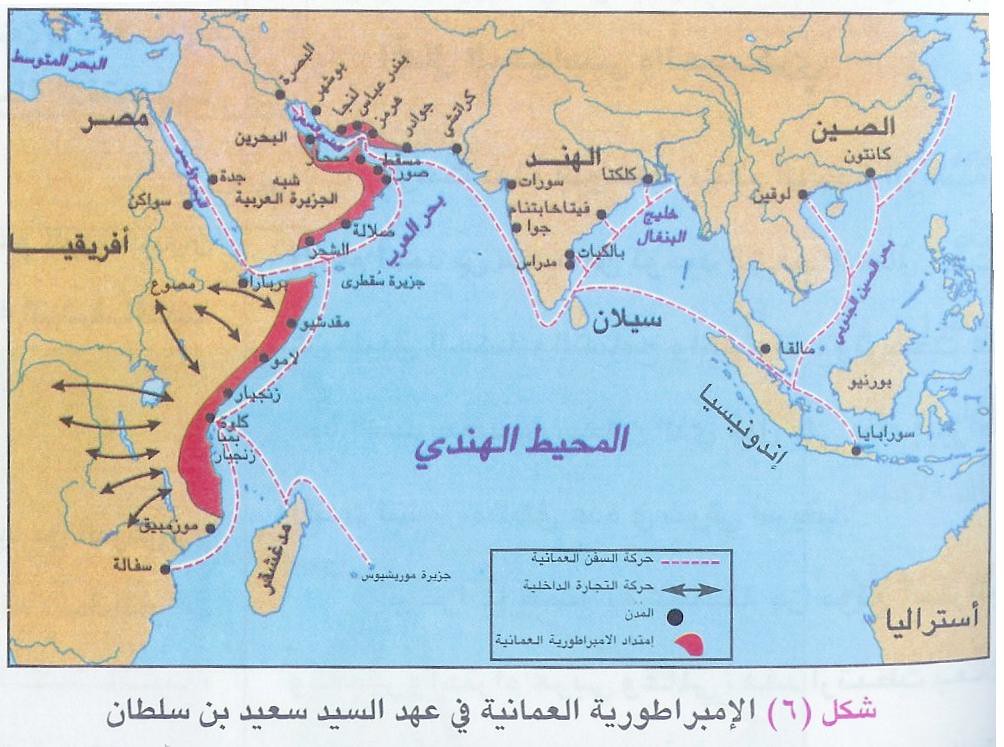 As you can see on the map, the Omanis weren't very keen on fighting land wars, and relied on their naval power.

There are a million examples. Here are some big ones:

However, I think that the quote is not referring to "land" in general in Asia, but instead is referring to futility of attacking Russia/China. There is an impression that Napoleon and Hitler had "the best" armies but could not win against Russia because there was too much land. Likewise, in this thought Japan had the superior army but lost in China because it was just too much land. Zhukov would have disagreed; the truth is that Soviet Army in WWII was excellent. Likewise, I seem to recall that Japan retained control of most China until the dropping of Atomic bombs.

I guess that WWII from Japanese POV can fit your requirements:

There have been land battle (China, south east Asia), but for the outcome of the war they where secondary theater.

On a side note, the first statement ("Never fight a land war in Asia") can be considered false if you take in account the so called "Soviet–Japanese border conflicts", in which the Soviet won against Japan in land battles specifically at the battle of Khalkhin Gol.

Not the answer you're looking for? Browse other questions tagged war asia or ask your own question.

47
Has anyone ever named a war after their own country or faction?
15
Has any country won a war, but lost a non-trivial portion of its territory?