Is there a basis for this tale of Eisenhower blessing & Patton's curse? [closed]

Ask Question
Asked 19 days ago
Active 12 days ago
Viewed 225 times
0
Closed. This question needs details or clarity. It is not currently accepting answers.

Original close reason(s) were not resolved

There’s a recent tale published in Ultra Orthodox newspapers in Israel, which tells the following story:

When Eisenhower and Patton visited a displaced persons camp, they talked to Rabbi Halberstam, using a Rabbi chaplain as a translator.

They allegedly both asked him for a blessing. He blessed Eisenhower to fill the highest position in the US, and “blessed” Patton to die in unnatural way, due to his antisemitism. The chaplain then told Patton his blessing was “may your name be set in stone”.

Eventually, Patton died in a car accident, and Eisenhower became president, and even mentioned the blessing in his memories and his speeches.

This folklore quotes Rabbi Silver/Zilber as the translator, a visit in Yom Kippur to Feldafing. There was such a visit of both generals, but I saw many different details of the content of this visit.

I was wondering what’s the source of this tale. I assume there’s some grain of truth in it, and I thought it might be a more common knowledge to history lovers.

I tried to skim Eisenhower's books "Crusade in Europe" and searched the indices there, and had a look at "Eisenhower and the Jews" book, but couldn't find any clue.

Origin of this tale: Hebrew at Ultra Orthodox newspaper or bhol.co.il

Is that completely baseless? How can I find out more about the source of this folklore tale?

Apparently I found evidence to this visit, with clear indications that the Jewish DPs there were not content with Patton's attitude: 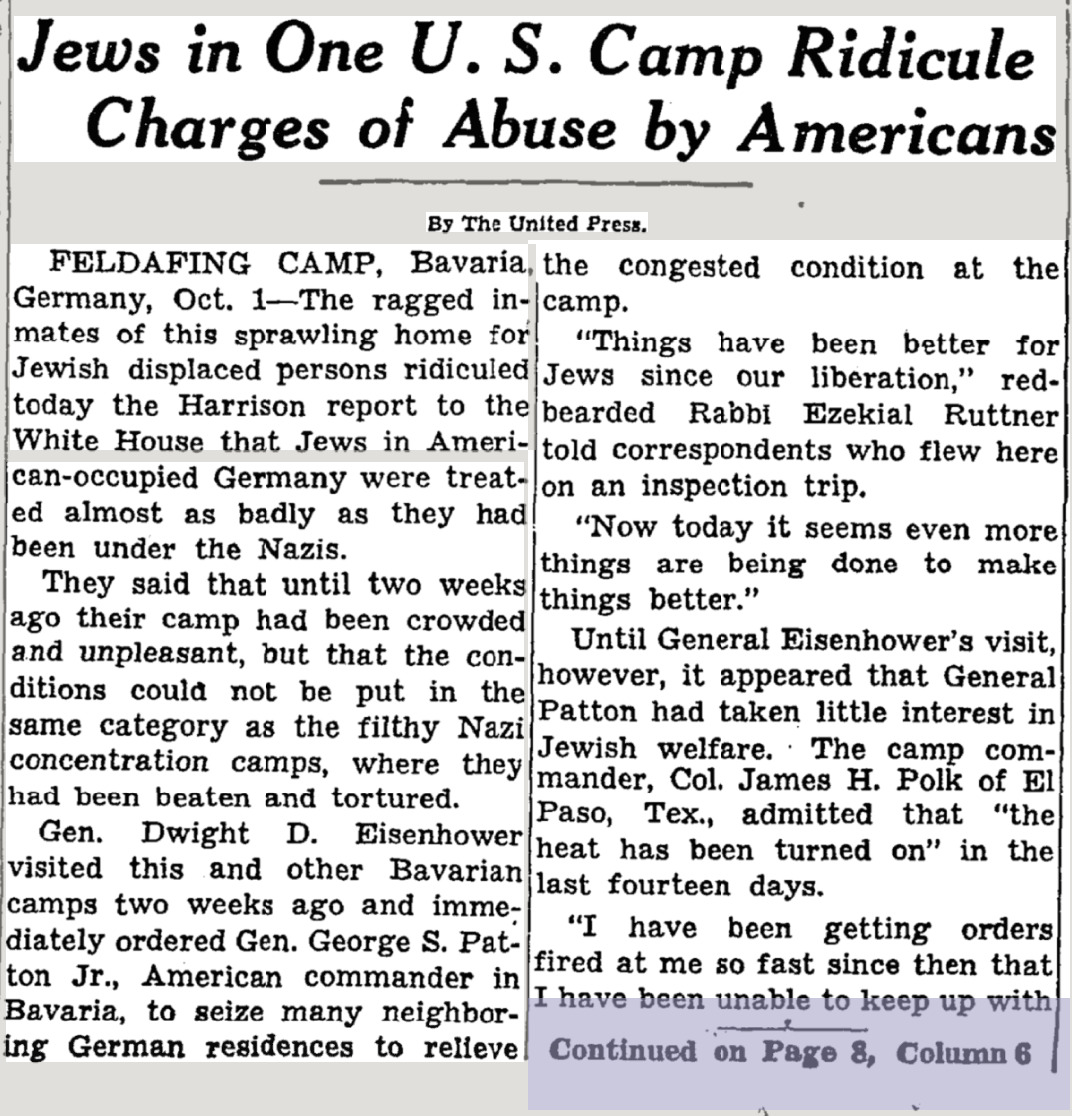 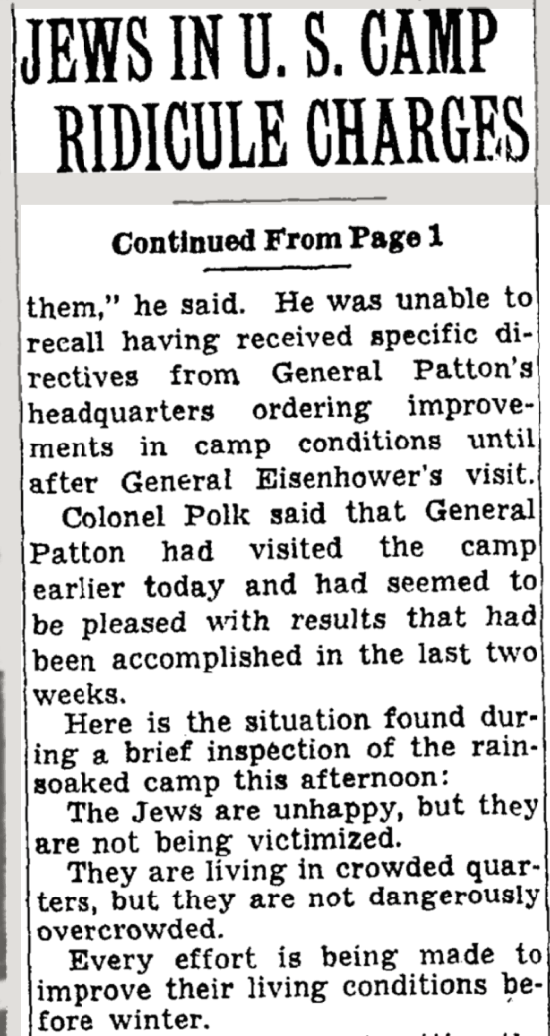 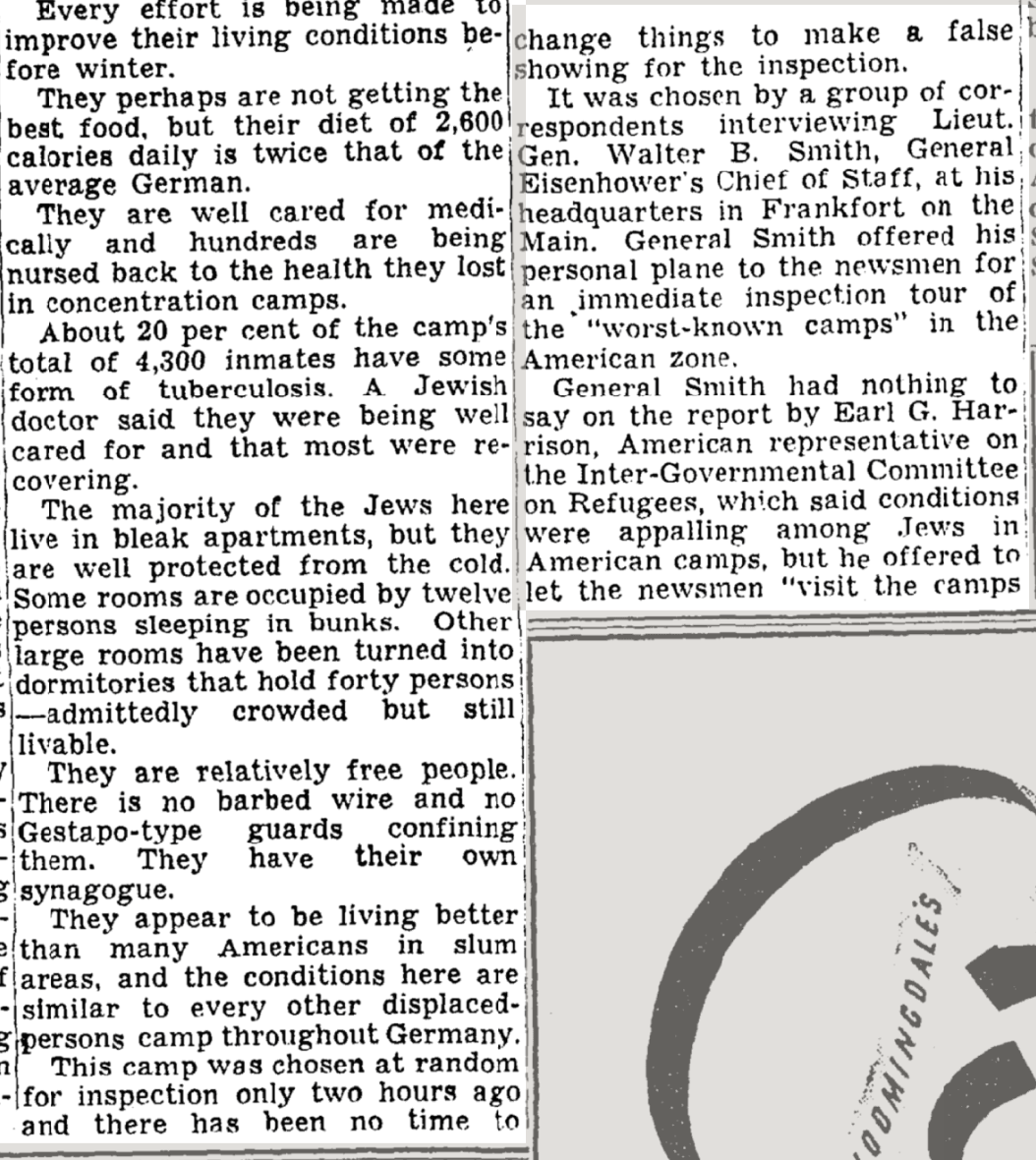 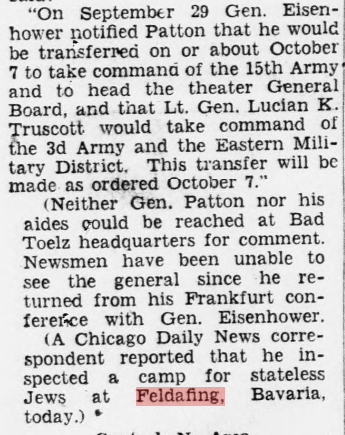 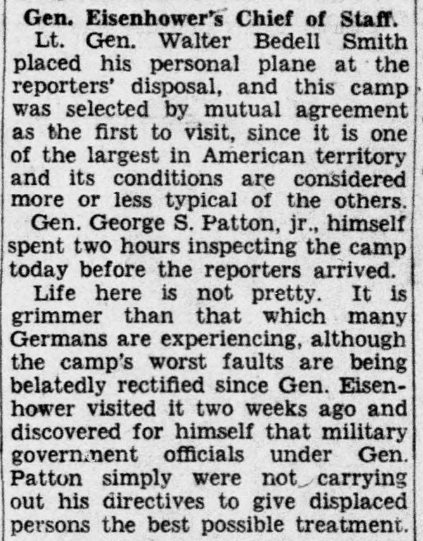 This is obviously a fairy tale.

Not the answer you're looking for? Browse other questions tagged world-war-two jews holocaust concentration-camps eisenhower or ask your own question.

9
Are there any independent historical records of ancient Persia allowing freedom of worship for the Jews?
5
Is this tale of WW2 true?
8
Was there Western tactical air support during the Battle for Berlin?
3
Is there a good source for statistics of holocaust survivals?
2
Was There Compensation For Requisitioned / Impressed Aircraft In WW2?
19
Why was Eisenhower chosen to be Supreme Allied Commander in Europe?
14
What is the source for this Goering quote on radar?
20
Was Col. John K. Waters (Gen. Patton's son-in-law) wounded in the buttocks or the stomach during Patton's raid on Oflag XIII-B near Hammelburg?