I read a Chinese article that quoted a passage purported to be from Lord Acton, describing how "freedom faces four major challenges". The original Chinese states:

Using google translation (from Chinese back to English), it's saying:

In each era, freedom faces four major challenges: The strong man's desire for concentration of power, The poor's resentment of unequal wealth, The ignorant's yearning for utopia, The unbeliever's confusion of freedom and indulgence. And their common source of the thought is radicalism

Try as I might, I just can't find out whether Lord Acton actually said that or not. If he didn't, did someone say something similar to the above quote?

PS. I first asked this question at English Language & Usage SE. One of reasons I asked it there is I find it interesting to see if someone could recognize the quote when using google to translate back into English. But it was closed as off-topic and someone suggested I ask it here.

That appears to be adapted from a passage in "The History of Freedom in Antiquity", which was both an essay and a lecture Lord Acton once gave.

Liberty, next to religion, has been the motive of good deeds and the common pretext of crime . . . In every age its progress has been beset by its natural enemies, by ignorance and superstition, by lust of conquest and by love of ease, by the strong man's craving for power, and the poor man's craving for food. . . . At all times sincere friends of freedom have been rare, and its triumphs have been due to minorities who have prevailed by associating themselves with auxiliaries whose objects often differed from their own.

The Acton Institute has the full text of the essay for further reading.

The Chinese version appears to have originated from an essay, "History is not only about truth, but also morality and faith (历史不仅关乎真相，更关乎道德与信仰)" by someone writing under the name Lì Quán (沥泉). This appears to be promotional material by the online bookstore, Xianzhi (先知书店). Both are clearly credited in the very earliest instance I can locate, which dates to 14 February 2019 (I suspect there's an original version on Weibo, but I cannot find it): https://2newcenturynet.blogspot.com/2019/02/blog-post_62.html

Notably, this essay did not present the passage as a quote, but merely the author's own summation of Acton's beliefs:

Looking back on western tradition, we find signs of liberal society in both the history of Christianity or the time of Athens (. . . )

However, Acton bluntly points out, in every age liberty's progressive faces several threats. The common source is the evil in human nature: the strong desires concentration of power, the poor complains about wealth inequality, the ignorant and the superstitious' yearn for utopia, and the faithless confuse liberty with self-indulgence.

However, even more unfortunately, most people has not learned from history. And so, the tragedies of history repeats again and again... And China, even now, has not broken out of the historical cycle of dark and golden ages.

Although the surrounding fluff is quite different, this is the exact wording as the popularized fake quote.

I already got an answer but I have to say I really like the Chinese version and the google translated version. I think it speaks about the challenges freedom faces even in present day. I don't think that blog writer can just come up with it. SO I decide to do another research and find another interesting result.

I first searched the keyword "强人对权力集中的渴望", i.e. "The strong man's desire for concentration of power" and I got 784,000 results and apparently the first couple pages of results are all relevant (I have checked them all). 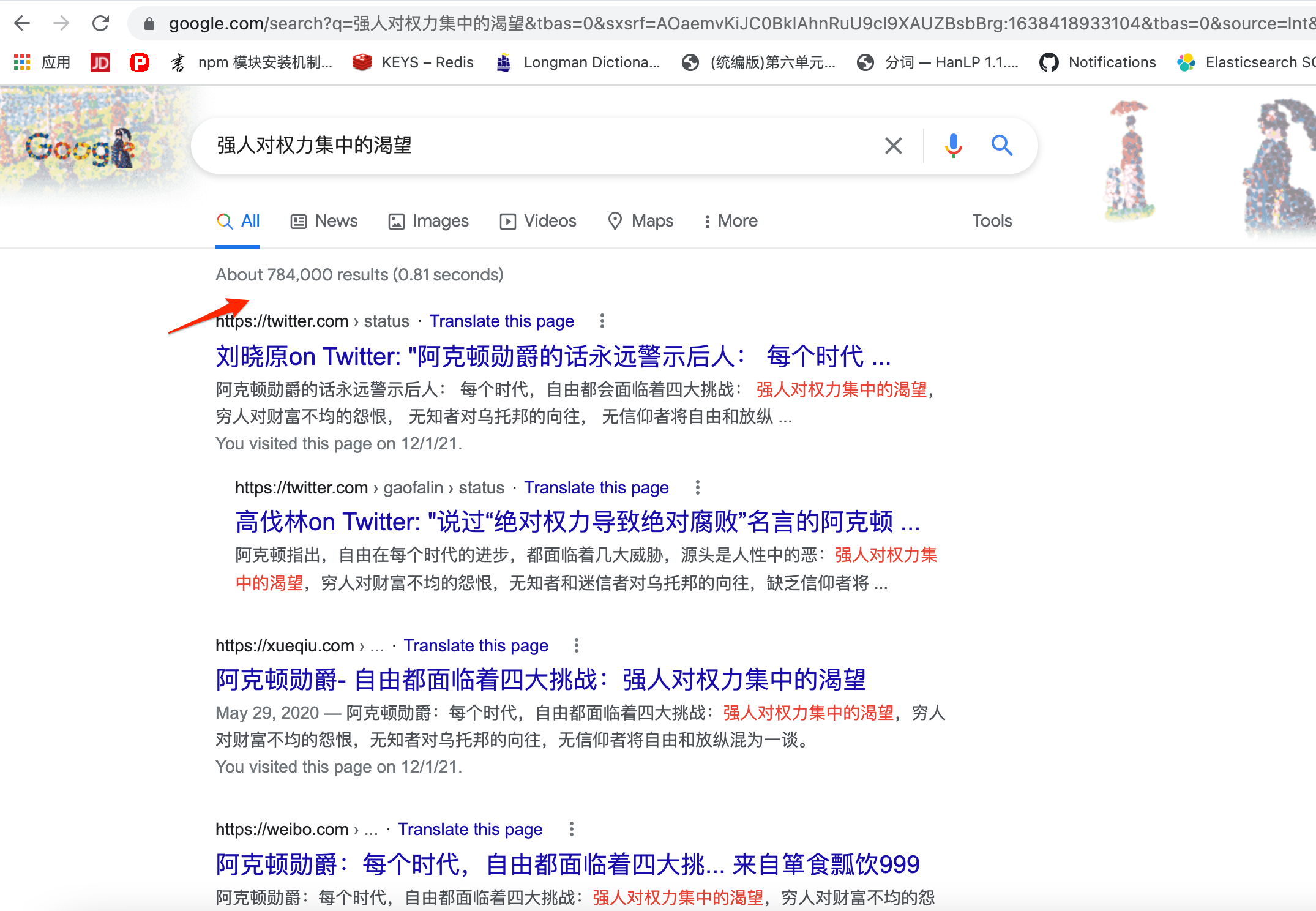 But when I search this keyword from 2011 to 2015 I only got TWO results. Only two results are actually about that keyword! 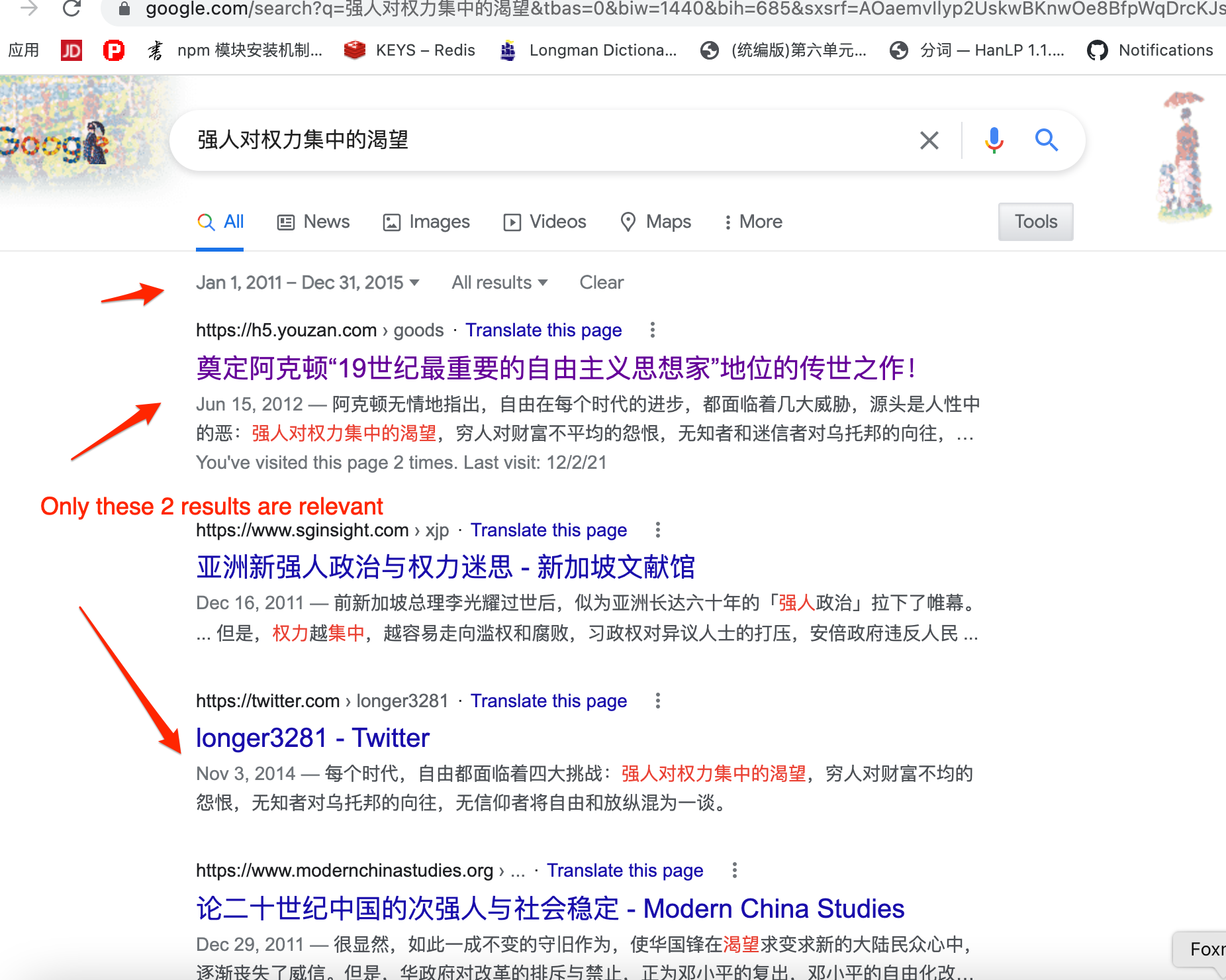 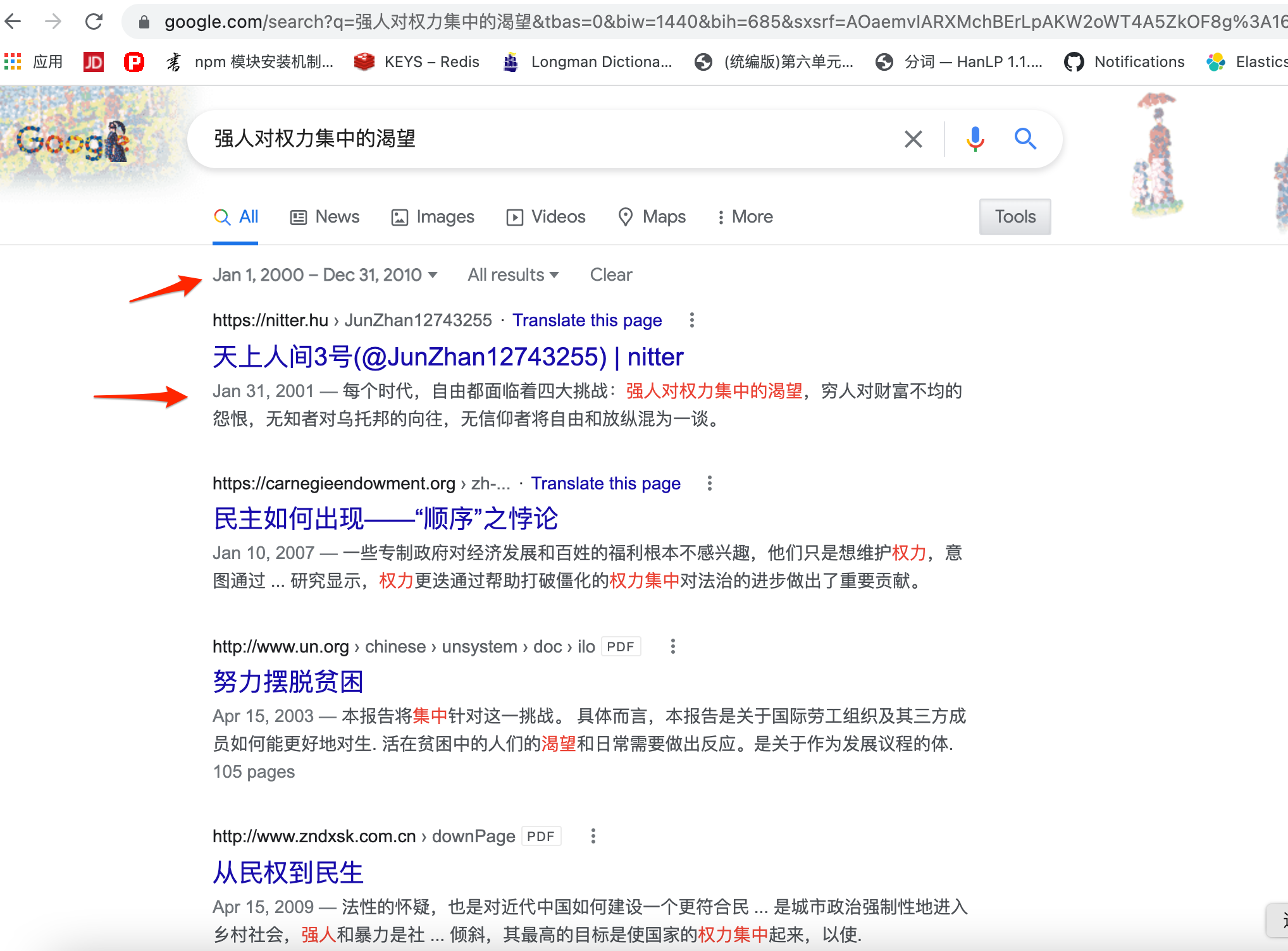 My further research show that there are 2 possible roots to make these words famous in China:

Not the answer you're looking for? Browse other questions tagged 19th-century political-history quotes or ask your own question.

5
What were Lord Macartney's original words about Chinese under the Qianlong Emperor's brutal regime in 18th century?

17
Did Napoleon ever say «On s'engage et puis… on voit»?
9
Did Theodore Roosevelt ever say the "things that will destroy America" quote?
4
What book on liberty did Lord Acton not write?
5
What were Lord Macartney's original words about Chinese under the Qianlong Emperor's brutal regime in 18th century?