What uniform is the man in this mid to late 19th century photo wearing? 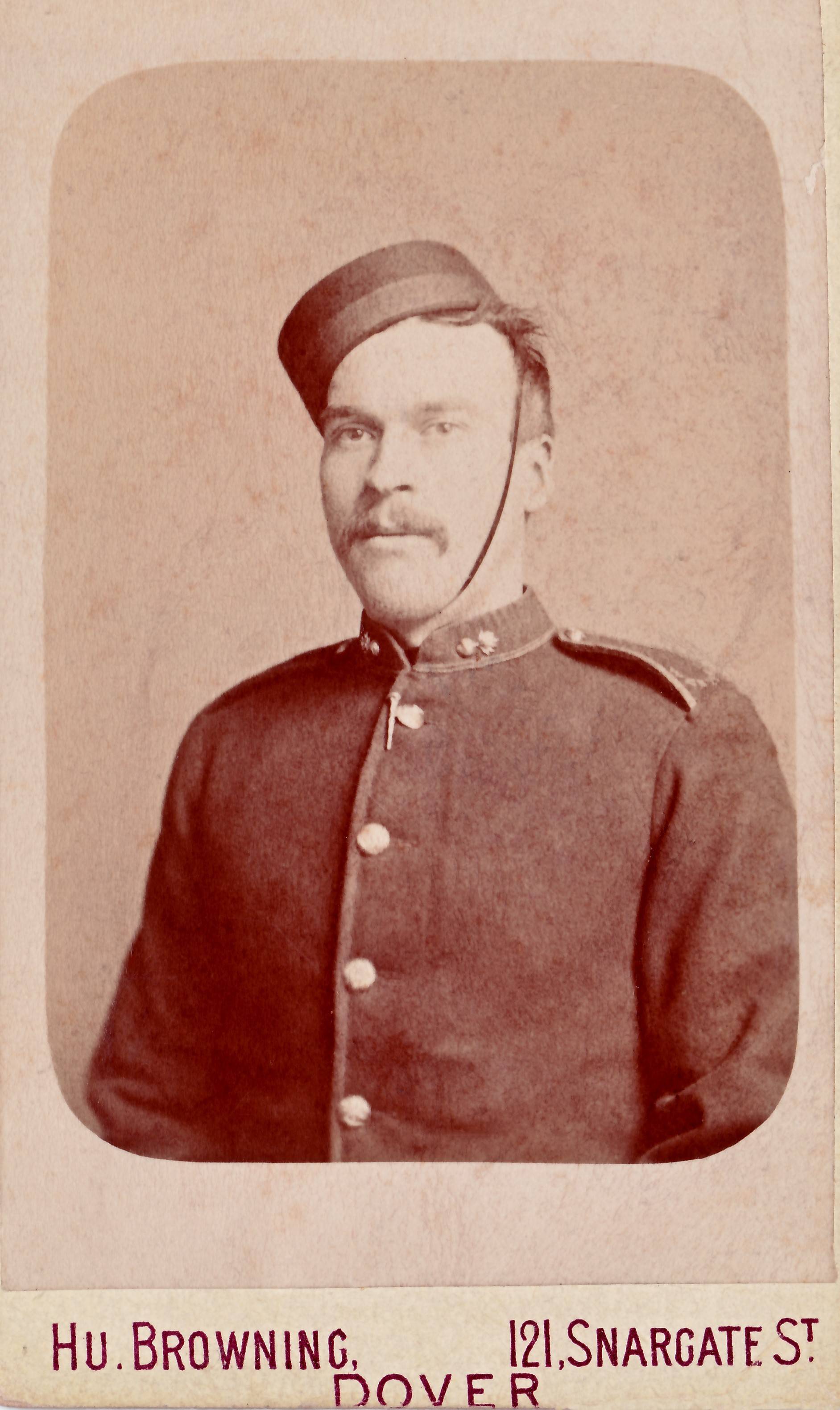 This is a photo of my Grt Grdth's brother, George Anderson, born 1856 Kildare, Ireland. I have this studio portrait. What uniform is he wearing? He worked in Sth Africa at times.

I think I've got it: a gunner (private) of the Royal Artillery, from the Western Division, in the mid-1880s.

As @justCal identified, it's likely to be a Royal Artillery uniform of the 1880s pattern, with the lack of markings on the "undress" forage cap and shoulders confirming he is a gunner and not a bombardier.

The shoulder strap appears to read WESTERN. This would suggest the Western Division, Royal Artillery, indicating he was in the garrison (coastal defence) artillery. The regional divisions of garrison artillery were not formed until 1882, and prior to that were numbered brigades, giving us an earliest date.

As the name suggests, the Western Division initially held units in the west of England, and in in 1883 and in 1884 we can see they have no batteries at Dover. However, in 1885 and in 1886 the 4th Battery of Western Division is given as based at Dover. By 1887 it is in Malta. Some close examination of contemporary newspapers (nb paywall) finds the 4th Battery at Dover by April 1884, and departing October 1886. I can't quite find when they left Malta but they don't seem to have returned to Dover; in 1891 they were at Devonport and moving to Pembroke.

This seems to give us a pretty narrow window for when it was likely taken - circa 1884-6. He does look plausibly about thirty...