Was Castro City ever a city?

I obtained a map of a South-East SF Bay.

It has a few funny mistakes (e.g. SLAC is marked as an Industrial Enterprise). One thing baffled me seriously. An area enclosed between San Antonio Road and Castro Street, and El Camino Real and Alma Street, is marked as Castro City. The city of Mountain View, according to the map, is East of Castro Street.

Here is a relevant part: 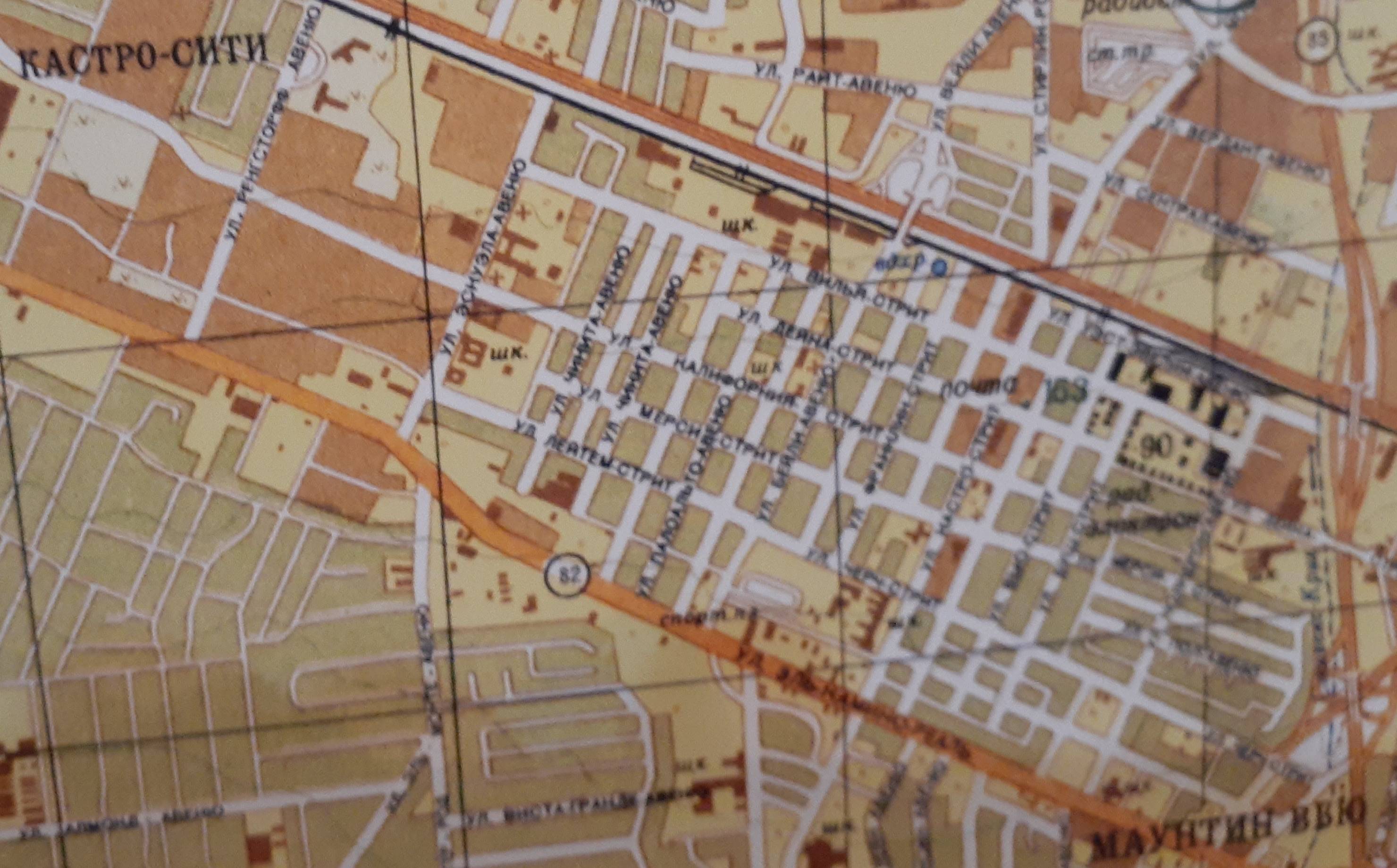 I know very well of a California Castro family. However I have never heard of a Castro City before. Can anybody shed some light?

This seems to be 1:50000 (or maybe even 1:25000?) map. That would likely mean that top-level labels will be district subdivisions, and both Castro-City and Mountain View were seen as districts within larger San Francisco area. District divisions on these soviet maps sometimes do not fit with actual administrative divisions on locations; for example, I've seen a similar map of Paris with districts named "Boulogne" and "Billancourt" - whereas actually it would be one commune named "Boulogne-Billancourt". Why map-makers decided to elevate a small neighborhood to the same level as Mountain View - might be a mistake in information-gathering, might be an attempt to put more toponyms on the map for ease of navigation? Anyway, it is not indicative of marked area being an actual city/town/whatever at any point in its history.

Not the answer you're looking for? Browse other questions tagged 20th-century california toponymy or ask your own question.

8
Was smoking ever considered a throat cure?
6
Why is Hue's "Purple Forbidden City" so called?
2
Who was arrested at El Cojo with Eliot de Castro?
1
Who accompanied Canónigo Fernández to Mexico City in 1822?
3
Which lame moor was the namesake of Rancho Moro Cojo?
2
For who or what was Cojo Creek named?
4
Was California named after a Moorish ruler called Queen Calafia?
2
Was "Street" more common than the abbreviated "St." in pre-1910 American newspapers?
2
Why is the city of Armenia in Colombia so named?