What flag are the men in these photos flying?

The below pictures show US Army troops in 1945, having captured the city of Nuremberg. I was curious about the flags they are waving, though - they don't seem to match up with any of the recorded flags for the US that I can find; in particular, they seem to have a white stripe at the bottom, which never occurred, as far as I can tell, and too few stripes and stars for the year in question. The full caption that accompanied one of the pictures was:

"U.S. Soldiers Capture Nuremberg. Troops of the 45th Division, Seventh U.S. Army, wave battle-worn American Flags from the dais of the Luitpold Arena in Nuremberg, Germany, after capture of the shrine city of the Nazi Party April 20, 1945."

The description does state the flags are battle-worn; is it merely damage that causes the odd appearance? Or are these a specific flag to part of the army, or something similar? 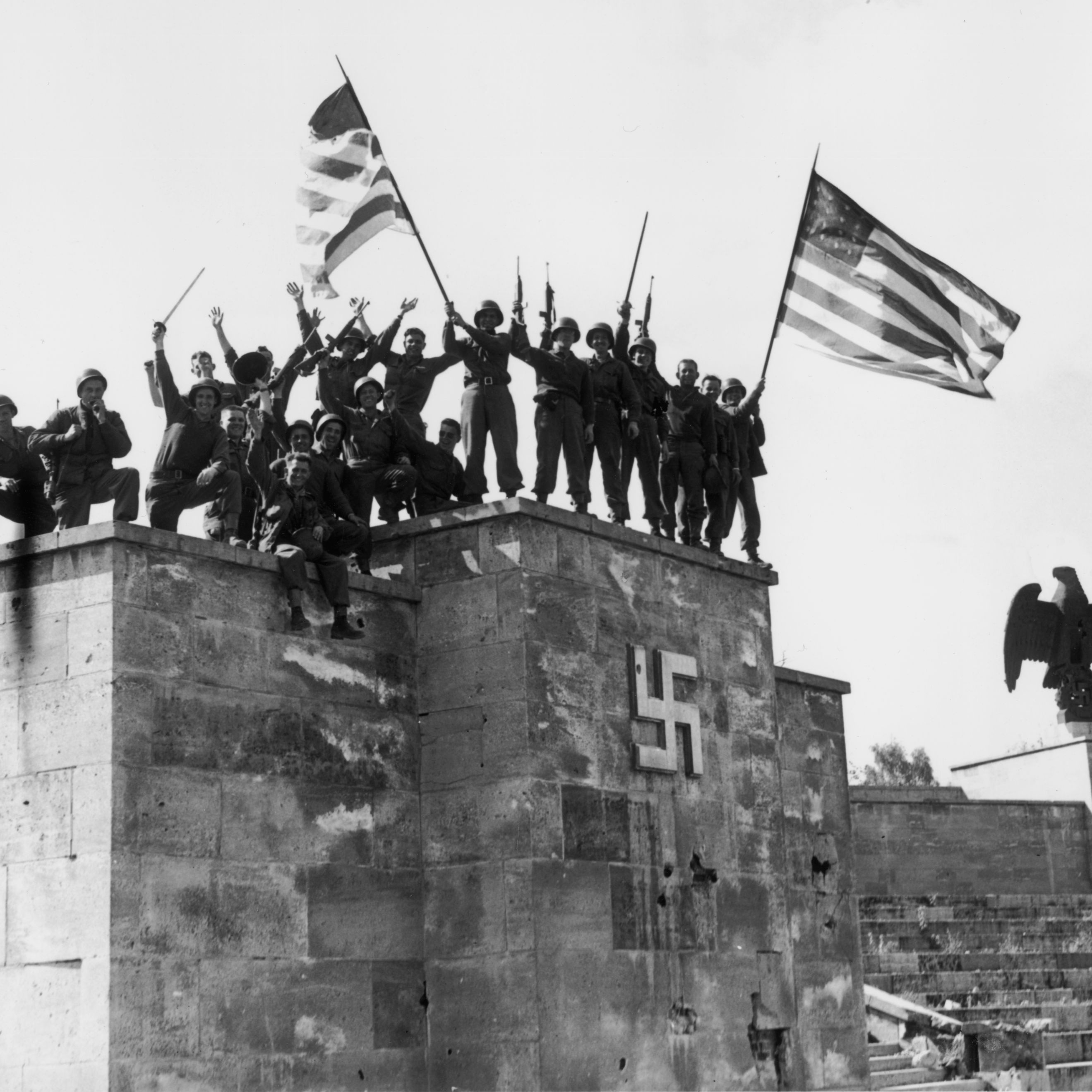 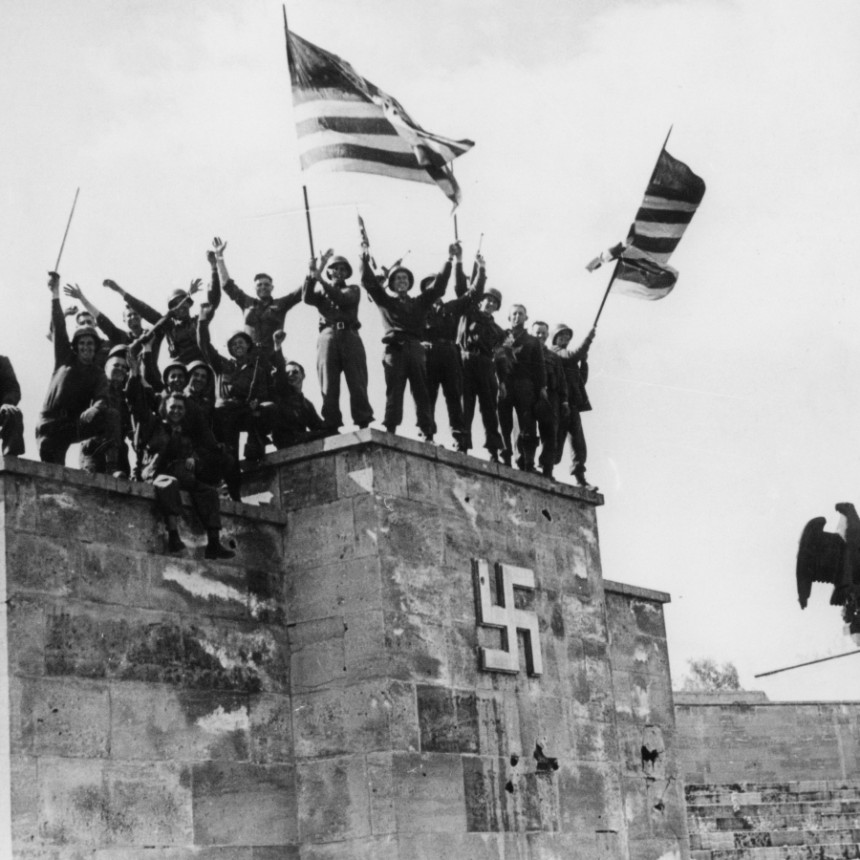 Modern armies do not carry officially issued national flags into battle. There are three reasons for that:

One) Conspicously carrying a flag into battle attracts a lot of attention from the enemy and is highly dangerous.

Two) Modern armies usually fight in dispersed formations where only a small percentage of the troops in a unit would be aware of their unit's flag, so those flags would not be very effective in encouraging the soldiers to fight.

For those reasons most modern armies stopped carrying their flags into battle roughly about the period of 1880 to 1920.

Three) Officially issued military flags are the flags of the units they were issued to.

Some armies, like the US army, also have flags of companies, smaller units within a regiment, which are called guidons.

And larger units that regiments may be grouped into, such as brigades, divisions, corps, field armies, etc. can have their unit flags.

Colors used to be carried into battle to inspire the troops, but that has been abandoned for over a century because of the dispersed formations of modern armies and the great danger to the color bearers. So the colors are seen only in military ceremonies. However, it is possible that the colors are taken in military expeditions in the regimental headquarters baggage.

Soldiers often carry small flags of their country in their personal or unit baggage and fly them when they capture an enemy position.

I note that colors are usually made of natural or artifical silk, and usually have fringes, and cords ending in tassles. Colors are not run up on flag poles but attached to spear-like staffs, which usually have spearheads.

The flags in the photos are carried on staffs but don't look much like colors otherwise.

The soldiers in the photo are identified as members of the 45th Dvision, 7th US army.

The photos show two flags which seem to have very similar or identical patterns. I don't see any writing on the flags which might indicate that they were flags of military units.

I think that you found an interesting flag identification problem. If nobody here can answer it, you might want to ask at the vexilology subreddit.

Not the answer you're looking for? Browse other questions tagged world-war-two united-states flags or ask your own question.

9
Did the 49 star USA flag see significant adoption by the American public?
1
Why does the Puerto Rican flag look so much like the one of the U.S.A.?
12
What is this flag?
11
What's this flag flying on a fort at Kodiak, Alaska?
4
Are the Swiss flag and the flag/coat of arms of Piedmont related?
3
Can anybody please identify the military uniforms in this these photos?
12
What is the reason for the modern prominence of the Confederate battle flag, as opposed to some other Confederate flag?