In Le liber censuum de l'église romaine, Volume 6, pages 96-97, at the very end of the first and start of the latter, it says:

As I understand them, from all of what I've read and seen up until now, their distribution is as follows: 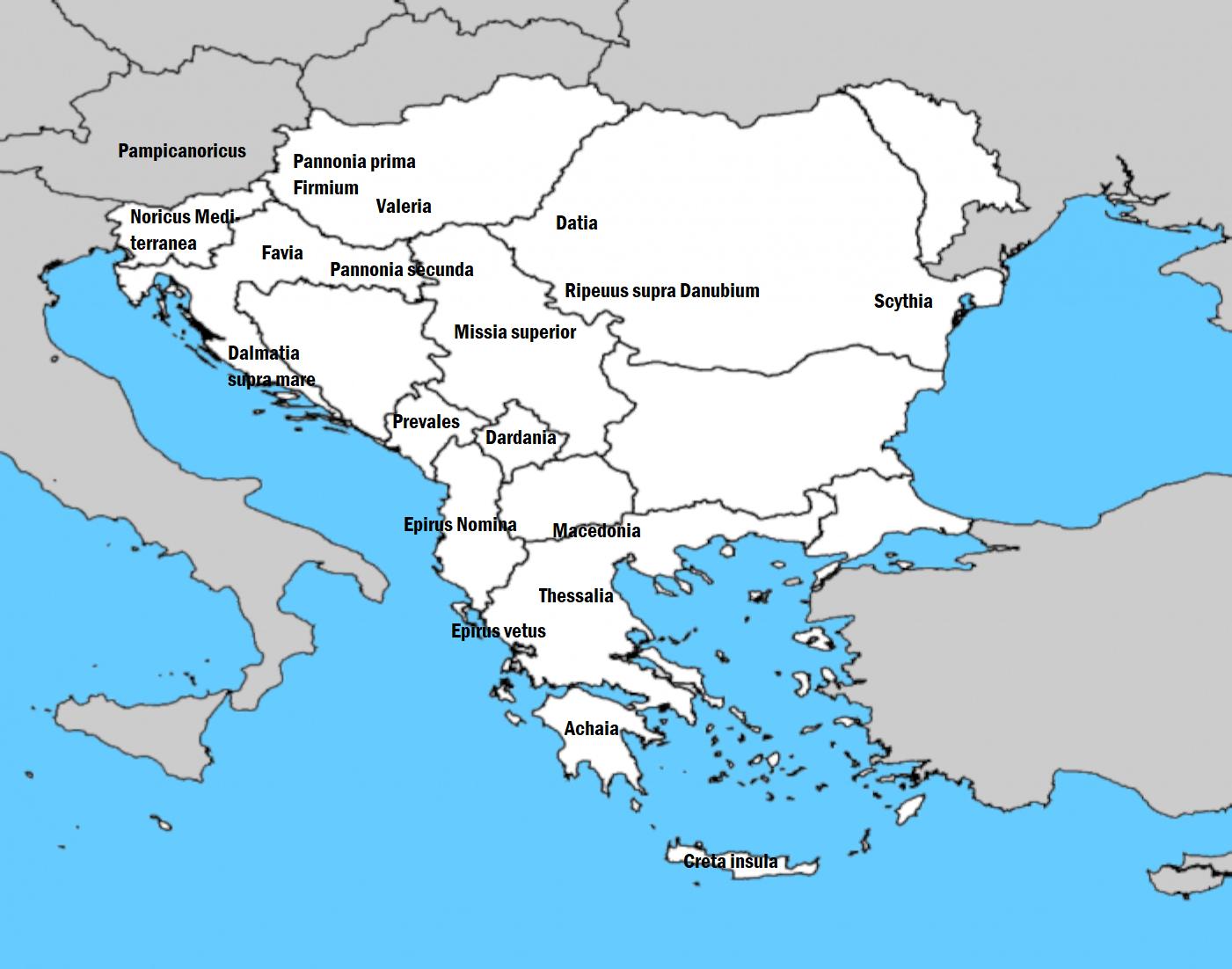 But there's one which I can't find anyone neither discussing, nor writing/saying "we don't know where it is" - i.e. Hermodontus.

So where is it?

Do we have any books or documents where it is mentioned apart from here?
If I would venture a guess, I would first discard Thrace, as it is given a section of its own right after Illyricum. And I think Dacia and Scythia are big enough to cover most of Romania.
Could it be today's Bosnia? I don't know if the Romans ever got all the way up to Slovakia, and I don't know if that counted as part of Illyricum.
The name sounds composed of "dont" from the suffix of "mastodon", which I guess means "tooth", and then the prefix sounds like the prefix from "hermaphrodite" i.e. "ἕρμα" = "stone heap", so it sounds like it would translate to "Stoneheap Teeth"? Sounds like it would refer to mountains, maybe the Dinaric Alps. Or maybe some rocky places in the Boeotia/Athens region.

I came across some old Spanish book (Graellsia - Volumes 29-31 - Page 82) mentioning the word "Ahermodontus" for some botanical species or insect as well, saying something like "... and this species is related to the one in Albania"(I think), but I can't read Spanish and I don't have access to the whole context.

There's an important hint in the footnote at the end of p. 96 - it tells that Albinus (Albinus pauperis scolaris / Albinus (cardinal)) included the list of Roman provinces by Polemius Silvius at that point of the Liber Censuum - in other words, you've cited the citation of an much older source. I'm not an expert in that matter, but for example, Mommsen in MGH Auct. ant. 9, 539 has "Haemimontus" instead of Hermodontus in his edition of Polemius.

Not the answer you're looking for? Browse other questions tagged catholic-church geography rome or ask your own question.

10
Where was the Japanese surrender signed on Okinawa in June 1945?
12
Where did the money come from to build the Colosseum?
5
Why didn't the Great Awakening spread to the Spanish Colonies?
2
Where were Hindus and Sattagydia in the late Achaemenid Empire?
2
Where can I find a blank outline of Silk Road routes?
17
Where on a modern map are these areas of Ptolemy's map?
5
Where were the best ancient wine regions in Israel, called Kerutim & Hatoulim in the Mishna, located on a map?
4
Where are the relics of Anthony the Great?
6
Where was Arielis?