Can anyone help me find out about a historic Department of Water and Power building, seemingly built in 1923?

I was reading an old newspaper about a stick-up crew. It described an area in Los Angeles, California that I believe I have located. The article describes an "alley running north and south from Ninth to Tenth streets and between Francisco and Figueroa". The area I have located has a Francisco St. paralleling a Figueroa St., running generally north-to-south, with a 9th St. (aka James M. Wood Blvd) on the north, and I am reasonably certain that the "Olympic Blvd" creating the border to the south used to be called 10th St. I am reasonably certain because the next major thoroughfare "north" of 9th St. is 8th St., and south of Olympic Blvd is 11th St. (aka Chick Hearn Ct.).

To be clear, the modern-day block I am referencing is the LA block that has Francisco St. as its western border, 9th St. as its northern border, Figueroa St. as its eastern border, and Olympic Blvd. as its southern border. For ease, I have marked a point on Google Maps about midway down the alley, roughly center of the block. Of note, I believe the alleyway referred to in the article is now called Cottage Pl.

I was wondering which of the buildings on that block today, were there when this story occurred. The first building I found to have existed during the time is on the southeast corner of the aforementioned block; it is named Hotel Figueroa. This building was opened by the female branch of the Young Men's Christian Association (YMCA), or the YWCA, exclusively for the benefit of female travelers, as, at the time, women were often required to have a male chaperone in order to check into a hotel. In 1928, the hotel opened up some floors for men, and in 1930, the hotel became unisex. For more information see here I do not believe the would-be robbers were staying in this hotel at the time, because the officers in the article focused their search efforts to the Francisco side of the alley.

The other building on the southeast corner of the block is definitely new. It occupies the spot that Tommy's Café used to occupy. Then, the southwest and northeast areas of the block are now parking lots. There are only three other buildings on the block. Two of these buildings (maybe a small, third one, but it appears to be connected to the larger, which is why I said 2) belong to the Salvation Army and appear to be of newer construction; however, I cannot find any definitive dates on either of these buildings, so bonus points if someone can find out if these buildings were around 1935. This leaves only one final building, the building in question.

According to Google Maps, the address of the building is 926 Francisco St. Using Google Street View, you can see that the building says that it is the Department of Water and Power Los Angeles. Further, at the top, it appears to be the date 1923. I have to guess that that is when the building was constructed, and the appearance of the building seems to generally support that, though I am far from a architectural expert. Also, I imagine, it is easy to copy earlier styles.

When I try and Google this building. I come up with nothing. The building that seems to keep popping up over and over again is the DWP's 1965 John Ferraro Building, but I have found a similarly-styled building of the same era elsewhere. This PDF has several buildings, all of a similar style and age to the building not the exact one.

Then, I tried searching through some pictures of early power distribution stations, and bingo. It is the Distribution Station No. 9. However, this is where I dead-end. Beyond this, I can find nothing. Now, I imagine if it was built in 1923, it was almost certainly in operation in 1935. So, my question is can anyone tell me any more history about this station? My current position is that this is simply an uninteresting, ordinary power substation with zero important history, but I am hoping someone can find something. Thanks for the help.

I thought I would post screen shots of the original article here, since it's behind a paywall. It may be interesting, just because, or you may find something important about the geography of the area of the time, which seemed to be more populated than it is today. 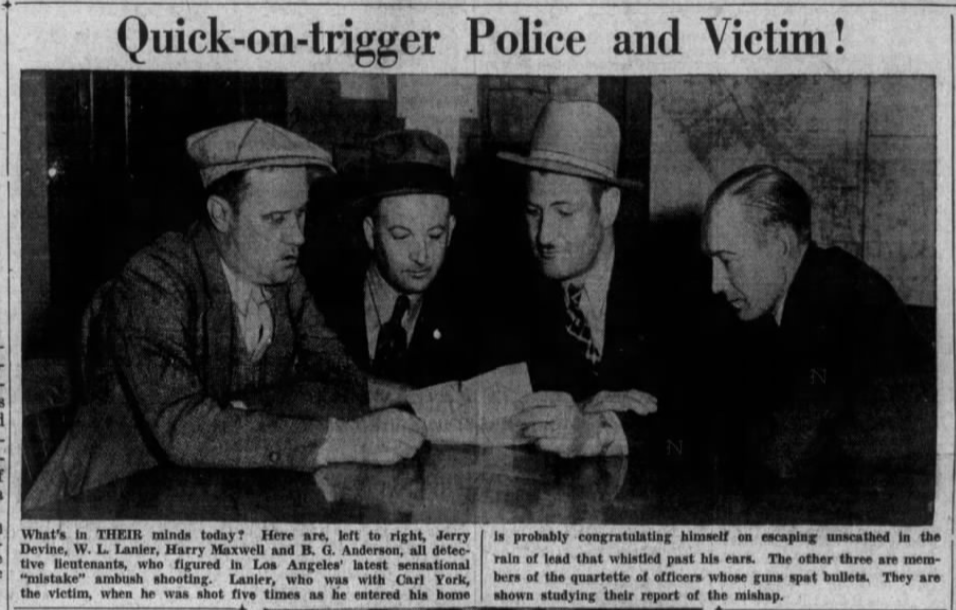 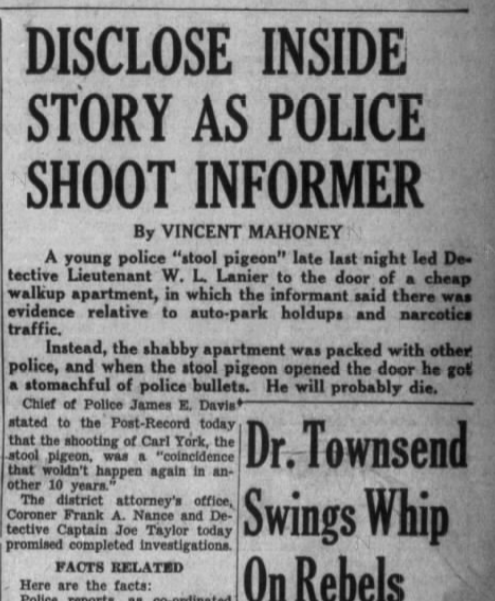 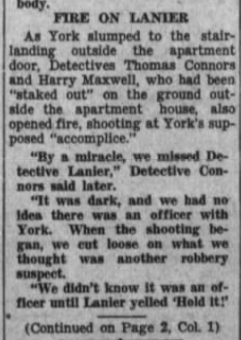 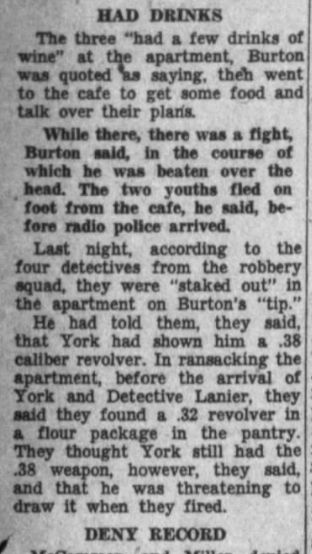 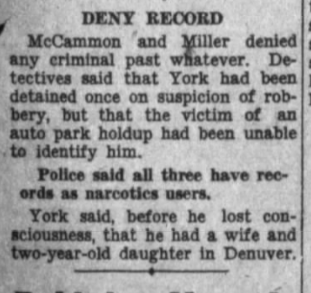 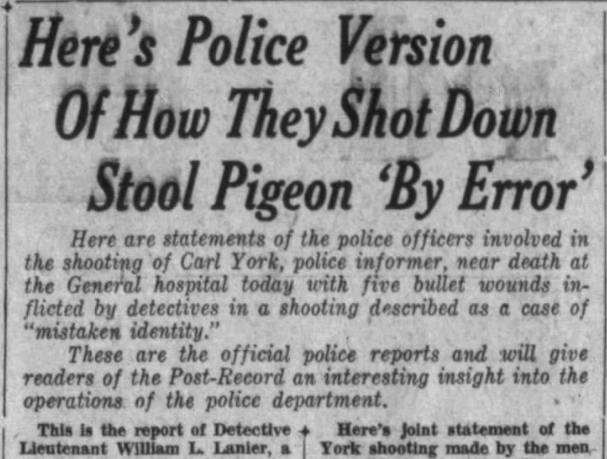 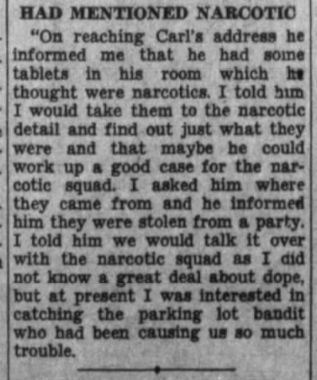 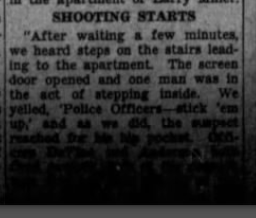 Browse other questions tagged crime 1930s newspapers or ask your own question.

17
How and why did trade unions in America become influenced by organised crime, but unions in Britain didn't?
52
How did the authorities not find the speakeasy clubs during the prohibition?
5
Did Man Ray photograph Nimet Eloui Bey in the all together?