Looking to Identify a pin/ badge 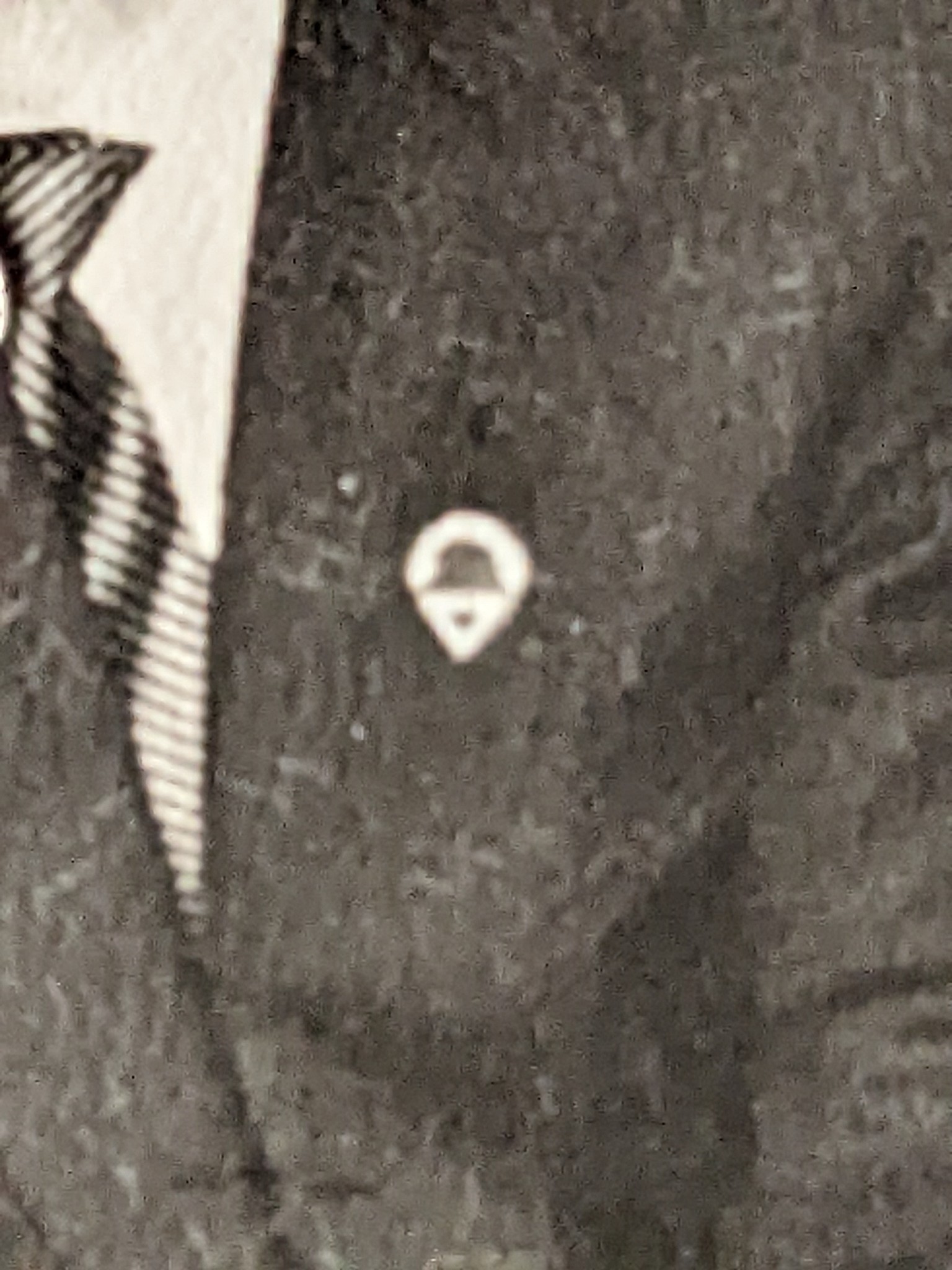 I am looking to identify this badge that my grandfather was wearing in this picture I know it’s blurry but never seen it before and don’t know where to start looking for a way to identify it.

He would have been about 24/25 at the time of the photo. He was from London and he worked for a pharmaceutical company. We think the photo was taken in the late 1950s around 1957-1958. He did Service in the British army, and he was artistic. That’s about as much as we know.