What is the basis for the argument that the true believers in Juche died in the N. Korean famine?

I have just read an article (in Russian) about the most recent weird news from N.Korea: women are (again) not allowed to ride bicycles.

After you've finished splitting your sides with laughter, allow me to explain why this is not as ridiculous as it sounds. Every town in North Korea has a "black" marketplace where people buy and sell stuff. This is the best way to obtain food, but also products such as radios or TVs.

Now, the authorities are very much against the practice, because it undermines their ideology (free enterprise - how gruesome!), but even more importantly, because people who have radios or TVs that are not government-rigged to receive only one official channel can and will use them to find out what's life like in South Korea.

So, the authorities do their best to hinder and limit this practice (for example: they have decreed that only women can trade stuff in markets; then that only women of 49 years of age or more; and then that the trade can take place only during 3 designated days a month). Of course, most of the regulations get bypassed with the help of some bribes.

Seen in this light, the anti-bicycle thing makes sense. As women are the ones who trade in the black markets, and as petrol is a rare commodity, they use bicycles to get the goods around. Without bicycles the black market sector will diminish greatly.

Okay, that was all just background. Here's the actual question. The author of the article remarks that the authorities have also tried to send teams of ideological agitators to explain to the women in the markets that private trading is bad. But he says that very few care about that argument, because "most of those who were really loyal to the [party] leaders and socialism have perished in the famine of the 90s when the food stamp system collapsed".

My question is: what is the basis for this argument? Is it indeed known the true believers in Juche were disproportionately represented among the victims of the famine? (Presumably because they were waiting for the leaders to save them, which they never did.)

That's an interesting bit of ridicule, but I think the truth goes deeper than that. The fact is that for most North Koreans, if the women quit working on the black market (aka "free market"), they and their familes would have no money and no food. This isn't a historical thing, but an everyday thing. The choice there today is to work in the black market, or to starve to death. Nobody is going to have much luck preaching ideology (of any flavor) to someone with no other way to stay alive.

There was a very interesting NPR story on women in North Korea last week. They originally had your typical male-dominated society. So back then the official government-sanctioned jobs were effectively reserved for men, with women left to scratch out a living essentially on the (free) black market.

Somewhere along the line (the famine of the 90's you mentioned figures prominently), the government-sanctioned jobs quit paying much, if at all. To keep up the semblance of an economy the government required people with jobs to keep working at them. If you are a man and quit going to your "job", you go to jail.

So the only way for a person to feed themselves and their family is by working on the free market, and since men are required to "work" their unpaid jobs only women can do that full-time. North Korea ended up with a topsy-turvy society where women are the breadwinners, hold the positions of power in their familes, and are starting to become a political force as well. Men are resented as nothing but a drag on the whole family.

She admits her friends mockingly call their husbands "puppies" or "pets" because they have to be fed, yet they do nothing. The economics are telling: Mrs. Kim earns about 3,000 won a day at the market — the equivalent of less than 50 cents — at black market rates.

That's double what her husband would earn in an entire month, were he to get paid.

The government, exhitibiting all its typical eptitude, has taken to things like banning women on bicycles.

About the bicycle thing... I don't know if they are allowed or not but I'm pretty sure they do. Pics from fall 2014 (own work) 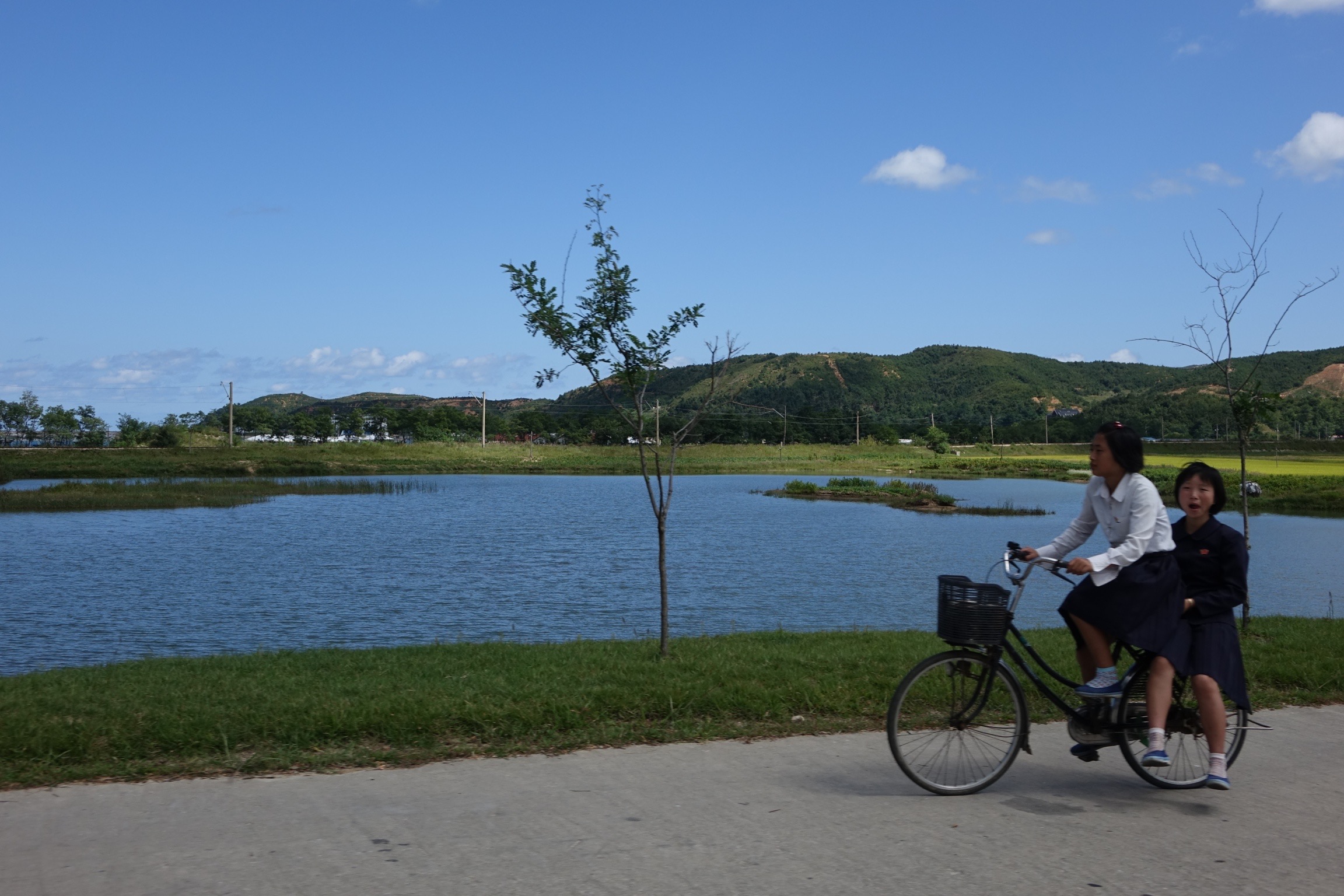 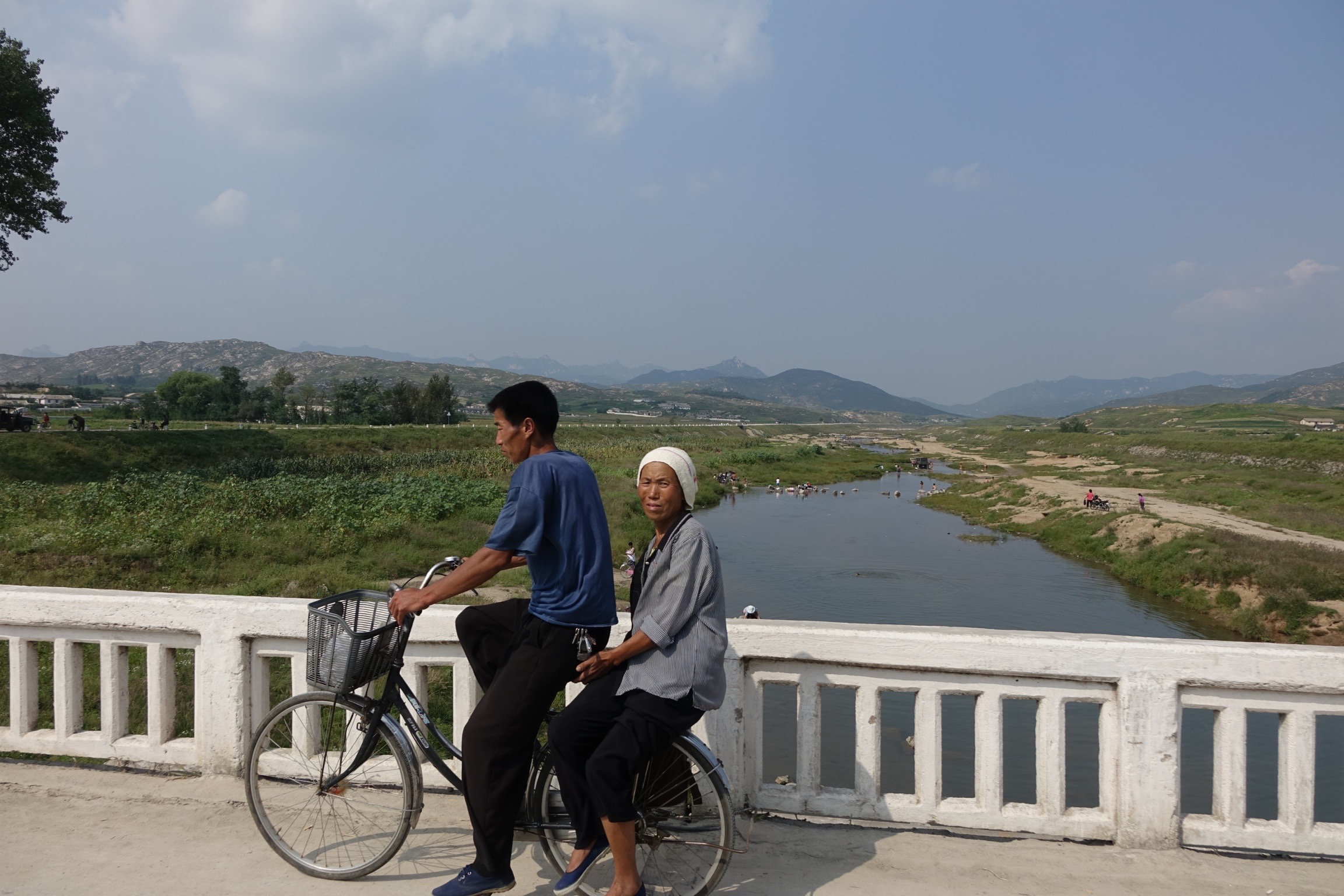 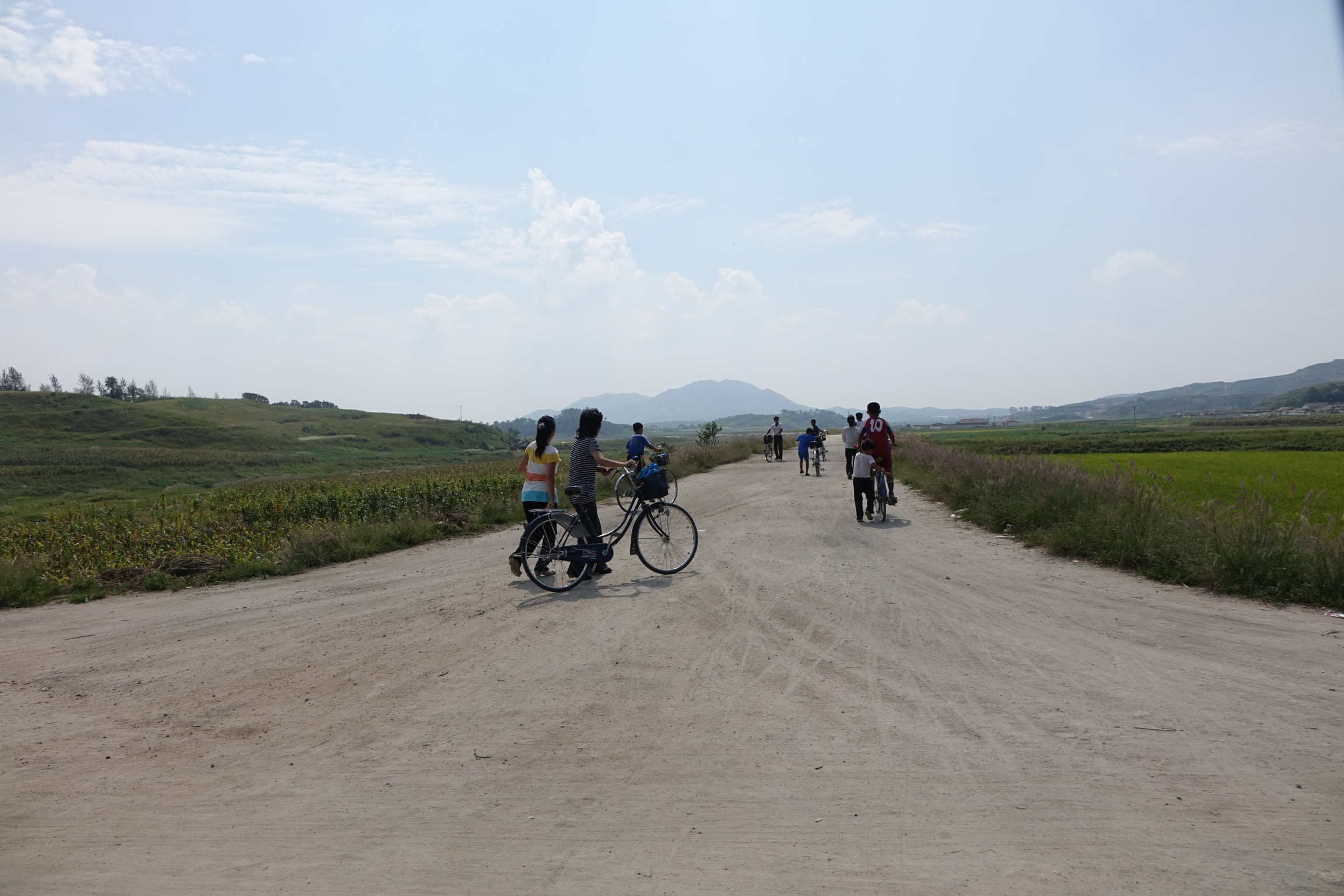 12
What alternative locations were considered for the United Nations?
5
What started the Korean war?
14
What happened in 1914 that ended the golden age of microbiology?
28
What was the economic basis for West Berlin?
26
On what basis do some historians accuse the British government of genocide during the great Irish famine?
20
What publication claimed that Michael Jackson died in a nuclear holocaust?
49
During the breakup of the Soviet Union, on what basis was citizenship granted or withheld for each of the fifteen new republics?